Miniature Pinschers (also known as Roe Pinschers) are the miniature form of the German Pinscher and have been a companion of townsfolk and traders for hundreds of years. The cuddly and courageous mini dogs are full of power and often overestimate their height. Small dogs that behave like big ones – you can find out here whether you are the right type for such a versatile and energetic friend.

The Appearance of the Miniature Pinscher: German Pinschers in Miniature

Outwardly, Miniature Pinschers resemble their close relatives, the German Pinschers – the similarity to the Dobermann, which also descends from Central European stable dogs, can be seen a little more distantly. The small dogs rarely reach more than 30 centimeters at the withers (bitches tend to be closer to 25 centimeters), while German Pinschers measure between 45 and 50 centimeters. The main difference between Pinschers and Schnauzers is their fur structure: Pinschers have smooth and shiny fur, while Schnauzers are characterized by rough fur and long, bushy mustaches. 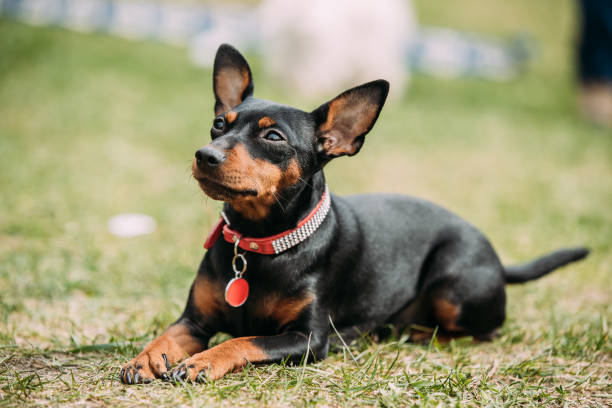 Minimum weight of 4 kilograms was set early on in the European breed regulations for Miniature Pinschers. In this way, breeders ensured that the agile and workable breed did not lose its resilience and endurance, as was the case with other small dog breeds even then. A weight of 4 – 6 kilograms is common today.

Color variations in the Miniature Pinscher

Purebred Miniature Pinschers only carry four color variants in their genetic code (black, red, bay, and a lightning gene). Red and black and red dogs with tan markings are permitted for breeding. Lightened coat colors of fawn, blue, and isabella are present, but affected dogs are more likely to suffer from skin conditions and hair loss. The coloring is therefore not approved for breeding.

History of the Pinscher and Schnauzer – Miniature Pinschers are Older Than You Think!

Pinschers and Schnauzers have been bred to breed standards since 1895, but Miniature Pinschers existed long before pure breeding began. So-called stable dogs of various sizes accompanied European traders in almost unchanged form as early as the early Middle Ages. They traveled with their owners on carriages, guarded reins, goods, and horses, and kept rats and mice out of the stable at night. The energetic Zwicker (to pinch = to pinch) were also kept on cattle yards as free-roaming watchdogs.

Nature and Character of the Miniature Pinscher – Lively into Old Age

Miniature Pinschers are spirited dogs that, despite many prejudices, are popular around the world. Abroad they are known as min pins (from mini pinscher). They are energetic, loyal, and diligent in everything they do. Compared to other small city dogs, they are very athletic and can perform significantly better. Owners and breeders report that their Miniature Pinschers are bold and act “like big dogs.” However, when they are tense or cold, they cannot suppress the constant shaking that is typical of very small dog breeds.

Not a dog for everyone? The upbringing makes the difference 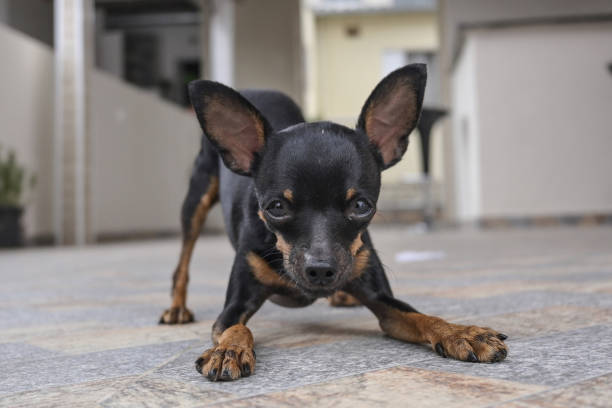 Miniature Pinschers are very affectionate dogs that don’t trust strangers by nature and want to live as close to their owners as possible. In multi-person households, they are primarily fixated on one person, but still regard others as a part of the pack worthy of protection and form lifelong friendships with humans and animals. They are relatively easily irritated and forgive (alleged) maliciousness only slowly. Attention-loving dogs only fit families with children or other pets if their boundaries are respected.

The changing minds of the min pins

Individualists with a lot of heart

Mini Pinschers develop individual characteristics that make each dog lovable in its own way. As adults, they are hard to ignore personal likes and dislikes and want to be taken seriously by people and their peers. They are reluctant to leave their owner’s side and are considered to be extremely cuddly and loyal. For “their” people, easily adapt to any environment and do not tend to break out even in stressful situations.