The Yorkie is a very small and lightly built dog, which nevertheless behaves like a very big one: undeterred he chases after small animals and toys, tries to fend off uninvited guests, or to get his way. If you are looking for a companion dog with a strong character for the city, the Yorkshire Terrier is a good choice. You can find out here how to tame the terrier in the Yorkie and how to keep and train puppies properly.

External Characteristics of the Yorkshire Terrier

The Yorkshire Terrier is one of the smallest dog breeds in Europe and reaches an average height of 18 to 23 cm at the withers. In all breed standards, a maximum weight of 3.2 kilograms is given. Dogs under 1.8 kilograms are considered dwarf (“teacup-sized Yorkshire”) and often have major health problems. In their region of origin in the north of England, they were often referred to as weaver dogs (weaver dogs) – this was not only because the dogs were mainly kept by workers and especially weavers, but also because of their very smooth and beautiful fur, which was hidden behind closed doors for a work of industrious weavers was kept.

The Yorkshire Terrier from crown to tail 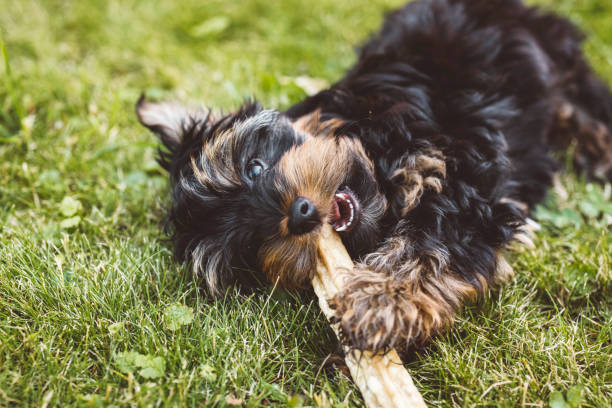 Only one color is allowed in the breed standard for Yorkies, and all members of the breed have long, straight hair that never appears wavy or curly. Owners describe that the hair is more similar to that of humans and that the dogs trigger fewer reactions in allergy sufferers than other breeds.

Colors in the Yorkie

How does the Yorkie differ from its close and distant relatives?

Ancestors and descendants of the Yorkie 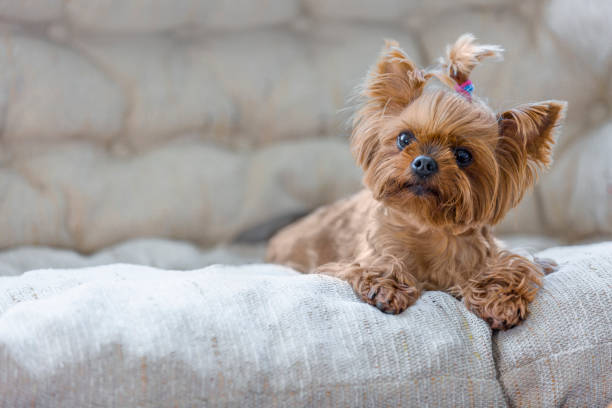 In the US, there is increasing demand for dogs with unique characteristics and distinctive looks. Many breeders, therefore, concentrate on breeding Designer Dogs and deliberately crossbreed dogs from as many different purebred lines as possible. This creates interesting combinations that can be very different even between siblings.