The Miniature Schnauzer has been bred officially since 1880 and, according to tradition, originally came from the Frankfurt am Main area. Find out everything about the behavior, character, activity and exercise needs, training, and care of the Miniature Schnauzer dog breed in the profile. 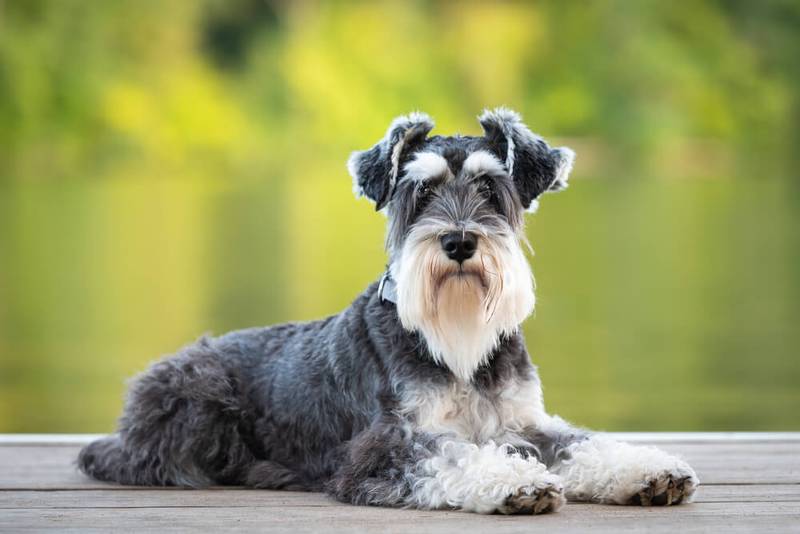 They are said to have evolved from the medieval beaver dog and shepherd dogs and served as guard and companion dogs. When the breeding of the breed was officially started and certified, the Miniature Schnauzer was still referred to as the “rough-haired Miniature Pinscher”.

The appearance of the Miniature Schnauzer

The Miniature Schnauzer is small, strong, stocky rather than slender, wire-haired, and elegant: a reduced copy of the Standard Schnauzer. The rough-haired coat comes in the following colors: black, pepper-salt, black-silver, white.

So he’s a smart little guy who wants to be entertained and in return will cause a lot of fun around him. People with this companion will certainly not get bored. The Miniature Schnauzer is very lively and alert, but also friendly and accommodating.

In addition, this breed is brave and fearless. These dogs have a fairly low stimulus threshold and like to bark at conspecifics, other animals, or strangers. That’s why the right occupation and a consistent upbringing of Miniature Schnauzers is very important.

The need for the exercise of this breed is extremely high. The little bundle of energy loves walks, ball games, search games, retrieving, tracking, running, swimming, and all of that for several hours at a time.

Because of his intelligence, he likes to learn tricks quickly. As long as he gets enough exercise, he can also be kept in an apartment.

Education of the Miniature Schnauzer

The Miniature Schnauzer is very docile but expects variety. Just like the Standard Schnauzer and the Giant Schnauzer, he reacts very disturbed to his owner’s rudeness. Rough, outdated training methods will not get you very far with this dog either.

The fact that he is very playful and sees training as a kind of play session makes training a lot easier. The Miniature Schnauzer also wants to please its humans and will therefore enthusiastically cooperate without having to be forced to do so.

Miniature Schnauzers can also be handled well by people with little dog experience.

Anyone who chooses a Miniature Schnauzer can look forward to a long-term friendship with him. These dogs can live up to 14 years and even older. Before purchasing, you should consider whether you can really take care of the animal for that long.

The small dogs can be kept in the city or in a small apartment. But beware: you need a lot of exercises. If you don’t want to spend several hours a day with them in nature, you should bring a house and garden with you, where the Miniature Schnauzer can also occupy itself and move around freely.

Miniature Schnauzers will be happy both with a single person and in a large family. However, consistent leadership is important. This is the only way for the Miniature Schnauzer to become a very affectionate family and companion dog.

Grooming of the Miniature Schnauzer

One should comb the Schnauzer once a week and trim it regularly. Regular grooming is important to remove dead hair that otherwise gets caught in a harsh environment. A stiffer brush is suitable for this. The beard must also be brought into shape again and again so that the Miniature Schnauzer does not lose its typical appearance.

In terms of health, Miniature Schnauzers are considered to be very robust. However, hereditary eye diseases, diabetes, bladder stones, hyperlipidemia (elevated cholesterol levels), or PL (loose kneecaps) often occur with them too.

Some representatives of the breed are also affected by Schnauzer Comedo Syndrome. These are inflamed hair follicles on the back, but they are largely harmless.

If you want to get a Miniature Schnauzer, you should look for a reputable breeder. It is advisable to choose a breeder who is affiliated with the Pinscher-Schnauzer-Klub 1895. It is definitely worth going to the local animal shelter first, maybe a Miniature Schnauzer is waiting there for a new home.

Never buy a puppy or adult dog over the internet. The risk that the animal comes from a dog breeder is too great.

Did you know that about the Miniature Schnauzer 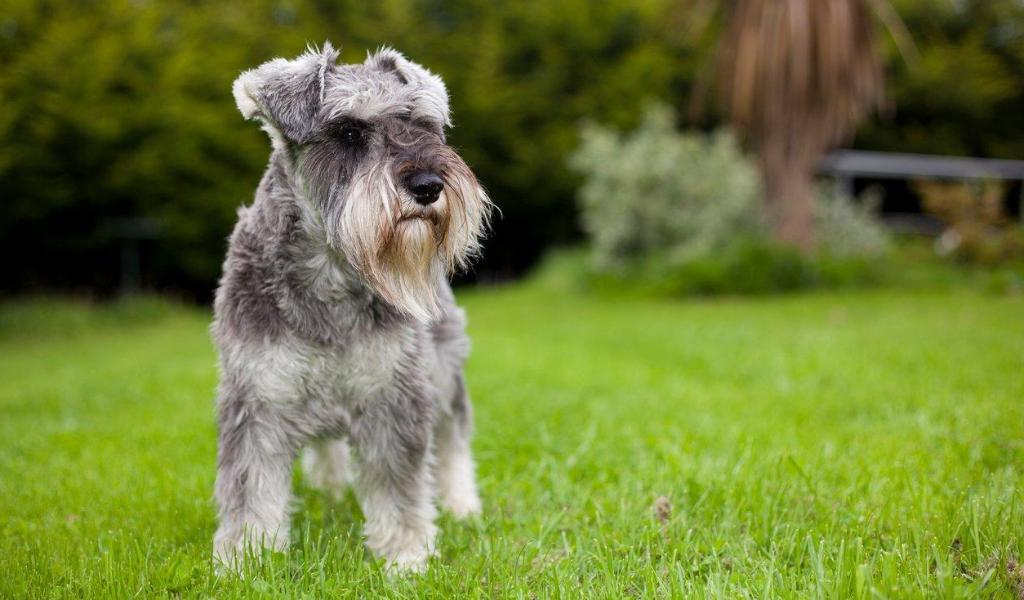 The Miniature Schnauzer was popular with farmers not only as a guard dog but also as a substitute cat. He not only guarded the cattle but also enthusiastically hunted rats and mice. The farmer not only got rid of the vermin but also saved the food for his “employee”.