Behavioral Conditioning, Supplements, or Medications? Many dog owners are at a loss as to how to make the terrible New Year’s Eve easier for their anxious dog. Read which 5 measures achieve the best results. 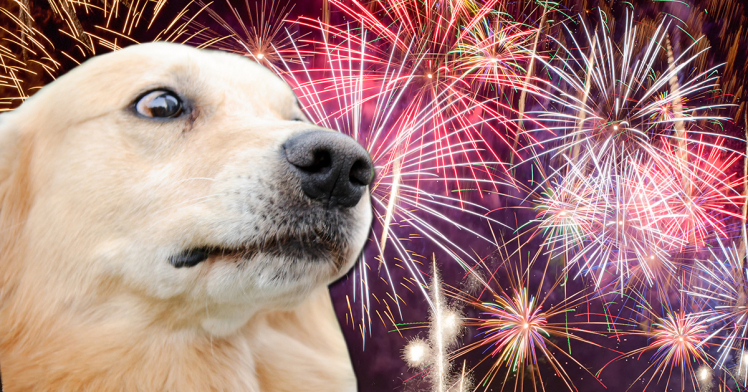 A survey by scientist Dr. Stefanie Riemers from the HundeUni Bern shows that preventive training is the best measure for dogs with a New Year’s Eve panic. Around two thirds of all owners were able to see a significant improvement in their dog through counterconditioning.

The fear-inducing stimulus “bangs and lights at fireworks” is linked to something positive, such as food rewards or games. Since counterconditioning cannot be achieved in a few days, it is important to start training early.

In conditioned relaxation, you take advantage of the bonding hormone oxytocin and connect it to a signal. The hormone is produced when touched. If the dog lies on the couch in the evening, enjoys a massage and begins to relax, this relaxation is called by its name. This ensures that the dog is conditioned to this signal word and shuts down. The signal does not necessarily have to be a word; symbolic touching of a ritualized spot often works. The conditioned relaxation can also be combined very well with a certain scent. Have a relaxing effect on dogs:

Dogs that have learned that this is good for them actively seek contact with the owner in stressful situations. The training must be built up in very small steps and conditioned over a longer period of time.

For most dogs, it is the loud noises that cause problems and trigger anxiety. You can block out New Year’s Eve acoustically or keep it away from the dog. Original “Oropax” is not suitable for dog ears.

Expert tip: Veterinarian Sophie Strodtbeck reports which trick she has had good experiences with: “I put cotton in the ears of my former Turkish dog, wrapped a scarf around her head and fixed the whole thing with a self-adhesive bandage.” Of course, the dog must also be used to it in advance!

Many dog owners benefit positively every year from the administration of eggnog. For many dogs, eggnog seems to have an anxiolytic effect and can take away the New Year’s fright. Of course, there is no official dosage guide for dogs when it comes to eggnog. Veterinarian Ralph Rückert has dealt with the topic in detail on his blog.

Except for long-term training, all “gentle means” will not help dogs with a serious panic before New Year’s Eve. Medication can save the dog a lot of stress and prevent problems with loud noises from getting worse. The question of the right preparation should be discussed with the veterinarian. Since paradoxical reactions can occur with all medications, which lead to even greater anxiety in the dog, it makes sense to do a test run sometime before New Year’s Eve – without a stressful stimulus – in order to be able to assess the dog’s reaction.

Under no circumstances should you use drugs with the active ingredient acepromazine. Due to its central psychomotor inhibition, acepromazine leads to a reduction in excitability and reduced motor activity with relaxation of the muscles, although consciousness is not significantly affected. In plain language, this means that the dog still hears everything (somewhat muffled), but can no longer “fight back” due to the reduced motor skills. 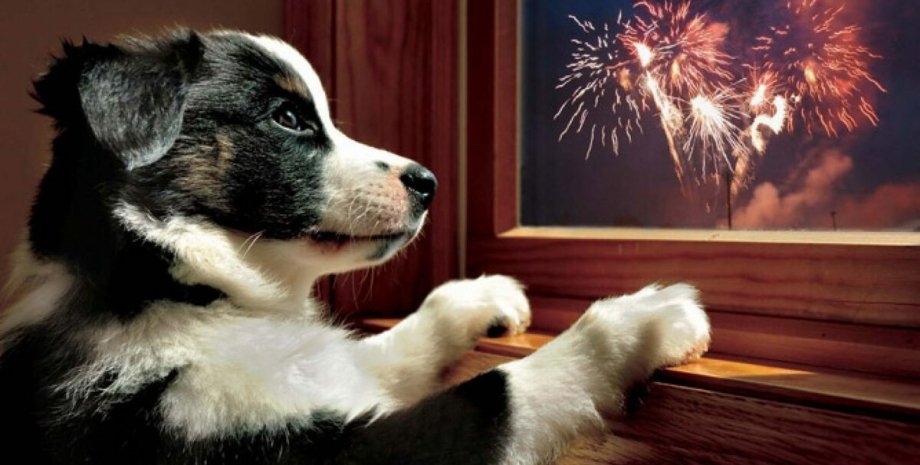 For a long time, dog owners were advised to simply ignore the dog’s fear in stressful situations such as New Year’s Eve – in order not to reinforce his fear. Forget this supposed tip! Because we now know how important social support is for dogs in emergency situations.