The shaggy fur child with the name Puli, originating from Hungary, belongs to the cattle dogs. Used as a shepherd dog in Hungary, the relative of the Mudi and Pumi is, despite its extravagant coat mass, rather an easy-care conspecific. You will definitely always attract attention with this little guy, his look is unmistakable. Its “big brother”, the Komondor, will reach a height of about 80 centimeters.

The males have a height at the withers of 41 to 43 centimeters, while the females are a bit smaller at around 38 to 40 centimeters. A Puli weighs between 10 and 15 kilograms, depending on gender. The dark eyes are often obscured by their hair, so tying up their fur would be a good idea. 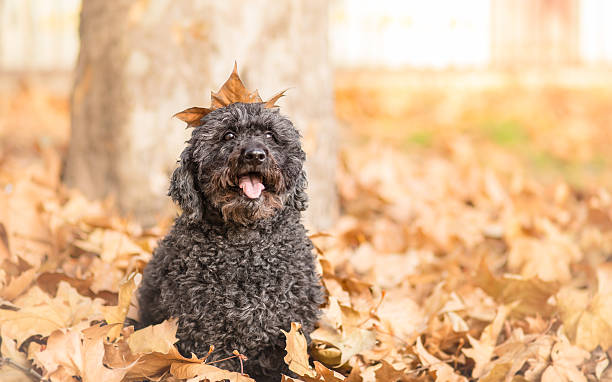 The tail is normally carried coiled up, but it is just as heavily haired and often so heavy that it looks more like a mop. The life expectancy of your Puli is 12 to 16 years.

If you are a Puli’s best friend, you can count yourself lucky to have an alert and courageous dog at your side who likes to defend you with loud barks, is strong-willed and persistent, and is eager to learn. Your Puli will always be skeptical of strangers at first since it was originally raised to protect a territory and not allow strangers to enter.

The coat of the Puli is black or white, there may be minor nuances. The fur is so thick that it once protected the Puli not only from the cold but even from the bites of predators. The fur should be as long as the floor, visually hanging down like cords. You should definitely shorten the fur, otherwise, your darling will actually be restricted in its movement when romping around.

Your dog can’t see anything either if you don’t trim the cords a bit. The hair is not combed, but just unraveled with the fingers, so to speak, and pulled up from below. Your dog saves changing coats, because the cords simply continue to grow and, in case of doubt, simply remain in the new and slowly growing coat. The cords later often smell strong when they get wet since the old fur cannot separate from the new one.

However, you will only be able to admire this cord-like fur when your four-legged friend is about 2 years old because before that it has very soft puppy fur. This is where the topcoat once matted with the undercoat. The so-called “villi”, i.e. grooming, which is limited to pulling the ends of the hair apart with your fingers, give the Puli its peculiar style, which is only lost through shearing. 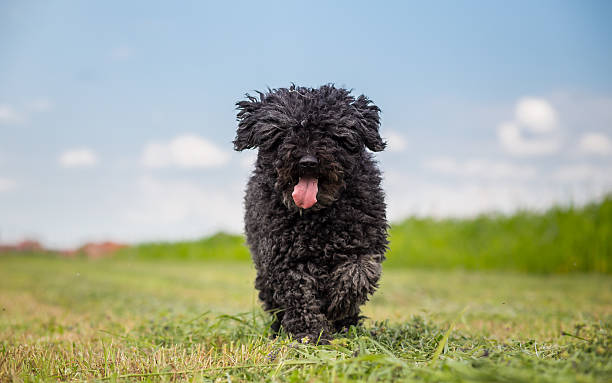 The rastaman can lose part of his fur in old age because he simply can no longer carry the burden. And the females also shed part of their fur from time to time, often after a litter. Then you should shear them. As beautiful as the cord fur may look, you should make sure that your dog is not restricted in its movements so much.