Portuguese water dog – the origin could not be clearly clarified until today. However, it is assumed that its origin lies in Persia and that it found its way to the Mediterranean coast of Portugal by traveling traders well over 1000 years before Christ.

Characteristics of the Portuguese Water Dog

In the centuries that followed, the water dog, or rather its ancestors, was repeatedly mentioned. There is evidence that similar dogs were kept in Rome; this pet was called “canis Leo” (lion dog) because of its shearing resemblance to a lion.

Dogs living on the Iberian peninsula were also described, which were called “canis piscator”, meaning fishing dog. Even then (approx. 250 – 300 AD) the water dog seems to have existed. 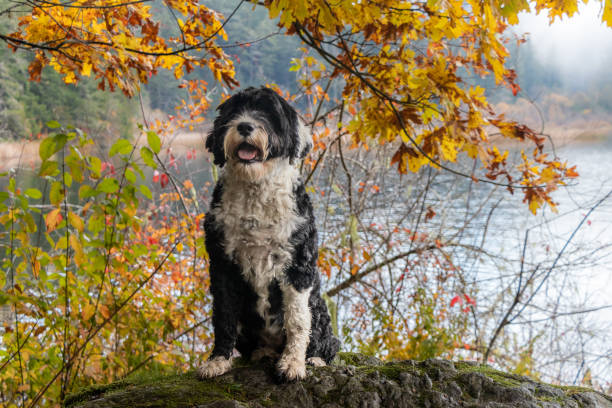 One of the most important economic sectors in Portugal has always been fishing. The fishermen were supported in their work by the water dogs, which had to take on a variety of tasks. The Portuguese Water Dog was a pure workhorse. On the one hand, he guarded the boats and the catch that had been brought home, and while fishing, the dogs accompanied their owners on their boats.

They smelled the fish and gave signals to the fishermen when good fishing grounds were nearby. In the water itself, they helped round up the fish and chase them into the nets. They also provided valuable service when hauling in. They practiced these activities for centuries until fishing was modernized and the Portuguese water dog no longer had a job. The water dog population went into extreme decline; after the First World War, there was no longer any significant inventory.

However, some idealistic lovers of this breed continued to breed (including Vasco Because in the 1930s) and ensured the continued existence of the Portuguese Water Dog. From 1960 onwards, the breed became more and more important as a loyal and happy family dog and has spread all over the world to this day. Ex-President Obama also owns two Portuguese water dogs.

This is certainly a good choice because the water dog is very fond of children and extremely intelligent. He is particularly strongly influenced by humans, very obedient and docile. You can see that the dogs like exercise. Their physique is strong and muscular, they can sometimes appear slightly massive. They are unbeatable in the water and they love retrieving work, especially in the wet element.

The Portuguese water dogs are medium-sized, reaching a height of up to 57 cm. Your weight should not exceed 25 kg.

Waterdogs either have longer, wavy hair, or short hair that is heavily curled. The hair is very robust and lacks any undercoat. In the past, dogs were clipped from the back to give them a lion-like appearance. 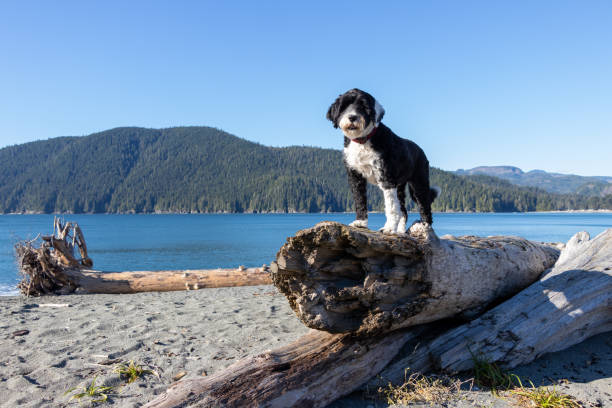 This type of clip offered the advantage that the sensitive chest area was protected from the cold of the water, but at the same time, the hind legs retained their full mobility in the water since the annoying fur was missing there. Coat colors vary from black to brown to white or mixed black/brown with white spots. The coat needs a bath every now and then to clean it.

However, if the dog is in the water a lot, an additional bath is not necessary. It is important to brush it weekly to prevent the curly hair from becoming matted. Noticeable are the skins between the toes, which allow the dog to move faster in the water. Because of his water work in the past, he is predestined for all water-related activities. They are very good swimmers and avid divers.

The Portuguese Water Dogs love exercise more than anything, they are excellent for agility. In the recent past, they have also been increasingly used as therapy dogs due to their particular patience and above-average ability to learn.