When a dog breaks everything in its path, it’s a habit that’s as annoying as it is expensive. In order to get the destructive mania under control, one must know its reasons.

When the Leonberger male Ronny spent the first day at home without human company at the age of six months, he dismantled the carpet in the hallway. “Today we know that we should have prepared Ronny more carefully for the separation,” says keeper Brigitta Söderlund. She and her husband never thought that there could be problems. “After all, Ronny wasn’t alone, he was with his best friend, our older dog Leon.”

While Ronny never touched a hair of his own plush toys, over the next few months he destroyed books, shoes, pillows, bed covers, and a throw, he chewed off a corner of the kitchen table, bit through the sofa, and dismantled two large dog boxes. “The extent of Ronny’s destructiveness was so great that I sometimes wondered if we could keep him,” says Söderlund. “We were lucky in our misfortune. Ronny broke a lot, but never harmed himself in the process. » 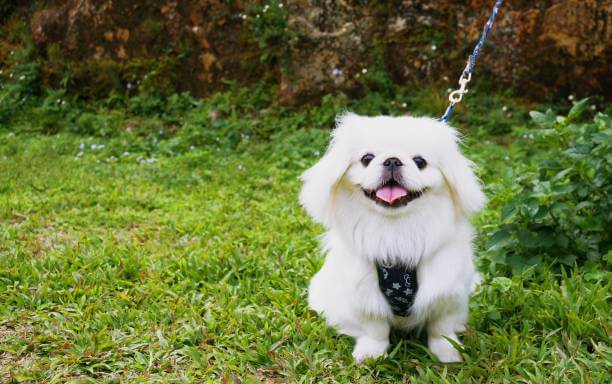 In fact, the risk of injury in such cases is high. Breaking vases or mirrors can cause serious cuts. Chewed wooden furniture and disassembled plastic toy cars are full of dangerous splinters and have sharp edges. Some four-legged friends also have the life-threatening habit of devouring socks or other indigestible things. “In some cases, this behavior is even compulsive and has to be treated with psychotropic drugs,” says Esther Würtz, a German veterinarian who specializes in behavioral therapy and who regularly gives seminars through the Certodog training center in Switzerland.

Separation Anxiety as a Possible Cause

Fortunately, such serious behavioral disorders are rare. As a rule, there are other causes behind the destructiveness. It is important to find and fix them as quickly as possible, ideally with the help of an experienced dog trainer or behavioral veterinarian. Because the longer the dog shows the unwanted behavior, the longer it takes to establish new behavior patterns. In addition, not only home furnishings, wallets, and nerves of the owner are strained. Dogs are also exposed to high levels of stress – in the long run, this leads to further behavioral problems and health problems.

As with Ronny, separation anxiety is the primary cause of many other dogs that break things in their owners’ absence. “Separation anxiety is natural. A dog could not survive in the wild without a pack,” says Würtz. Although most dogs can learn to be relaxed by themselves for a few hours, there is no guarantee that this will be the case. And a second dog is not always enough to replace the human pack members – a fact that should be considered before getting a dog.

“If dogs are left alone unprepared, in desperation they often grab objects that smell particularly strongly of their owners,” explains Würtz. You can definitely compare that to a person who misses someone and wants to console themselves with a photo or a worn t-shirt. “And since dogs don’t have hands, they just use their teeth. Chewing also helps them relieve tension.”

You should prevent the dog from breaking more. And that doesn’t mean locking your four-legged friend alone in the bare bathroom or in a kennel. “Anyone who merely prevents undesirable behavior only makes the situation worse in the long term. In this case, the stressed dog might injure itself,” says Würtz. It is better to take the dog with you to the office or have friends or a dog sitter take care of it during the day and at the same time practice being left alone with professional help.

But sometimes it’s just plain boring when a dog tears the house apart. Then it can help to make the dog work better physically and mentally. Chew toys filled with food or food balls can pass the time during the waiting times at home. It’s all about finding the right balance. Because even constant excessive demands can be discharged on the new pair of shoes. Destructiveness can also be a symptom of pain or other health problems.

“Sometimes we unintentionally teach our dogs to break things,” says Würtz. “For example, by always paying attention to our four-legged friends when they are pulling at the carpet fringes.” Attention-seeking behavior can be recognized, among other things, by the fact that it takes place in the presence of the owner. “The animal often doesn’t even care whether it’s positive or negative attention.” Other dogs have never learned to occupy themselves alone or to lie comfortably in the basket. “If the mistress then has an important phone call and doesn’t have time for the dog, he might grab his handbag or shred a pillow so she can take care of him again.”

Puppies Often Chew on Everything 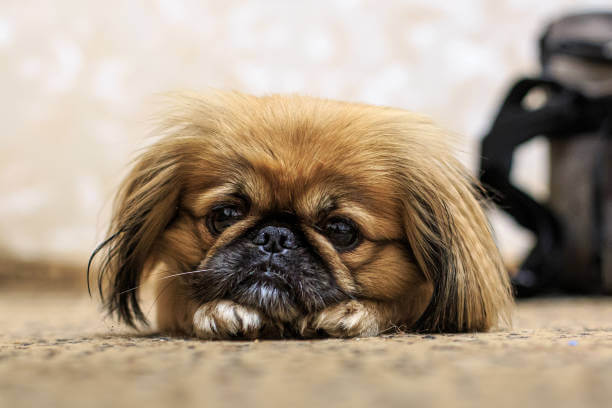 Young dogs play a special role, as they often bite into everything they can find, regardless of whether the owner is there or not. On the one hand, a puppy has to learn that dolls or sneakers are taboo. On the other hand, the change of teeth, which takes place between the third and seventh months of life, can be so painful that only gnawing on the table leg brings relief. In this critical phase, you should make the house as “puppy-proof” as possible, put objects of desire in the cupboards, store valuable carpets in the attic, don’t leave power cables lying around, and offer your four-legged friend bones and toys to chew. As a rule, after a while, the four-legged offspring of the family automatically stop breaking things.

Among other things, increasing age also brought improvement for Ronny. ‘He’s one and a half now and noticeably calmer. In the beginning, it didn’t do any good if I got up early before work to go for long walks and track work with him,” recalls Söderlund. “But now he does it like Leon and just sleeps when we’re not at home. Despite this, we still don’t dare to leave shoes or books lying around when we’re not at home.”