Small dogs often have problems with their larger conspecifics. In the park, they bark at everyone and act as if they could easily take on a mastiff. That does not have to be that way.

Almost everyone has experienced how Pinschers, Papillons, and other “minis” can become true furies, howling with a piercing voice and even attacking dogs that are four times their size. Nathalie Ohlmeyer can also sing a song about that. For years, walking her Simba was like running the gauntlet. As soon as the three-year-old Chihuahua saw a fellow dog, she hung on the Flexi leash baring her teeth and barking like hell. “Of course, the walks weren’t particularly relaxing either for Simba or for my boyfriend and me,” says Ohlmeyer.

There are several reasons why small breeds tend to have problems with both small and large conspecifics. Once upon a time, many of the so-called lap dogs, which include Pekingese and Chihuahuas, were originally bred in aristocratic circles to literally defend their owners’ laps. So it’s in the little ones’ blood to react loudly and with the lion’s courage to supposed dangers. Small working dog breeds such as the Jack Russell Terrier, on the other hand, should drive a fox or badger out of a burrow when hunting. What mattered was independent action and the willingness to take on strong opponents. Other small breeds, such as the Pomeranian, also only weigh a few kilograms but have the heart of a large guard dog. 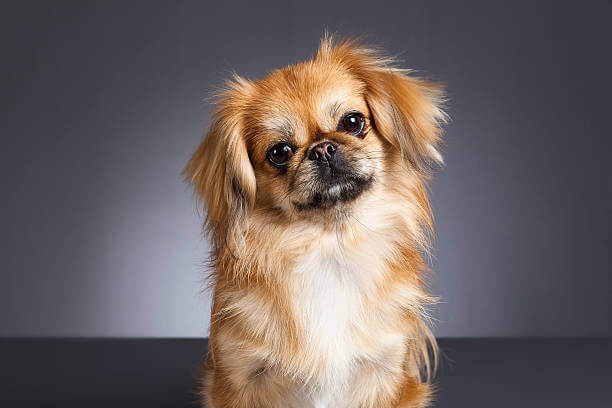 The fact that small breeds are often not seen directly as their intended purpose, because they appear cute above all, is often fatal to them. While hardly anyone thinks that a shepherd dog doesn’t need a good basic education or can spend its life in a handbag, small dogs are often seen as “accessories”. “Even if they then bark at other dogs or show other behavioral problems, they are often just smiled at. That’s really sad because a dog that basically has problems with other dogs leads a pretty stressful life,” says Marlen Maurer-Brandenberg. With her TSCHiGi dog school near Zurich, which was founded in 2009, the dog trainer has specialized primarily in small dogs with behavioral problems and knows that many small breeds are intelligent and eager to learn.

Another problem: It is not at all easy to properly socialize a small puppy dog. If you don’t let him play with other dogs out of caution and if you hold him protectively every time he encounters a fellow dog, he will naturally not learn how to behave towards other dogs. On the other hand, such a lightweight can be seriously injured if the twelve-kilogram Newfoundland puppy playfully slaps its paw on its back.

Avoid Bullying From the Start

Simba’s problem with other dogs also started exactly where it was supposed to be prevented: in puppy playtime. «Simba is our first dog and we wanted to do everything right and socialize her well. At the age of three months, we simply put her in the puppy group with the other dogs on the advice of the trainer. She was being chased by a bigger puppy and got scared. All the dogs she met after this incident were barked at.” In order to avoid such situations, you should ensure that young and adult small dogs have regular contact with other dogs, but choose your playmates carefully. “For free play, I would select a few well-tolerated conspecifics that are roughly the same size,” says Maurer-Brandenberg.

For example, large dogs can be encountered on social walks, where all dogs are leashed and learn to communicate calmly in the presence of other dogs under professional guidance. “Once the dogs know each other and the big dog has learned to be careful with small four-legged friends, they can of course go for a walk and sniff together without a leash under supervision,” says Maurer-Brandenberg, who herself has a Chihuahua and a young Akita bitch holds together.

If a dog is constantly being chased or pinched while playing, you should change “dog friends”, which also applies to large dogs. Because “victims of bullying” get scared and fear quickly turns into aggression. “Fear and insecurity, which can arise when the dog has bad experiences or no experiences at all, is the main cause of aggression towards conspecifics in small dogs,” says the 37-year-old dog and behavior trainer.

However, fear does not always show itself in loud barking. Some dogs will freeze and hide behind their owner. Others show their insecurity by jumping around wildly, so-called skipping acts – a behavior that is often misinterpreted as playfulness. This is another reason why it is important to analyze each individual case with the help of an experienced dog trainer.

That’s exactly what Nathalie Ohlmeyer did together with Maurer-Brandenberg about two months ago. “After that, we changed my behavior. Instead of scolding like before, I just stayed calm when we got near other dogs. We have also exchanged the flexible line for a normal three-meter line. Even on the first walk, Simba was noticeably more relaxed.”

Setting a calm example works in many cases, says the dog trainer. Because the owner shortens the leash when he sees another four-legged friend from afar, and later pulls on the leash and scolds, the dog senses the owner’s tension and insecurity and sees his fear confirmed. 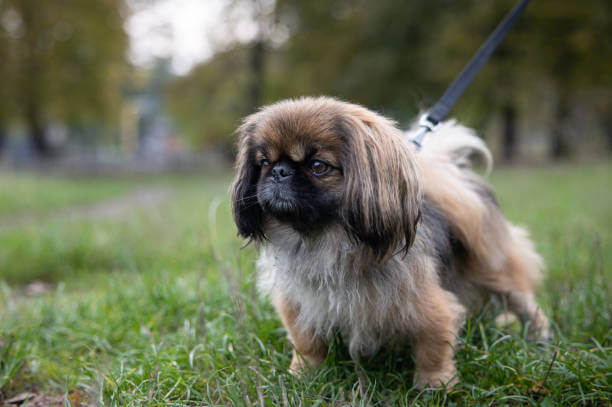 “A large part of the training, therefore, consists of working with the owner. He has to learn to read his dog, to assess situations correctly, and to act accordingly.» In training, the motto “class, not quantity” applies. So Simba didn’t meet as many strangers as possible but was given more time and peace for each encounter with another dog. In the meantime, the little dog has progressed so far that she hardly ever barks at strange dogs and has even found a permanent playmate in the neighborhood.