The white giant is not only an imposing figure, but also a real powerhouse, smart and persistent. A mixture that can become a challenge for dog owners. But if you have seen through the character of the Samoyed and accept him as such, then he is also a great family dog.

The Samoyed lived in Siberia for several centuries isolated from other influences and remained unaffected by other dog breeds. The polar bear-like dogs were then imported to Scandinavia, Britain and continental Europe in the 19th century.

Origin of the Samoyed 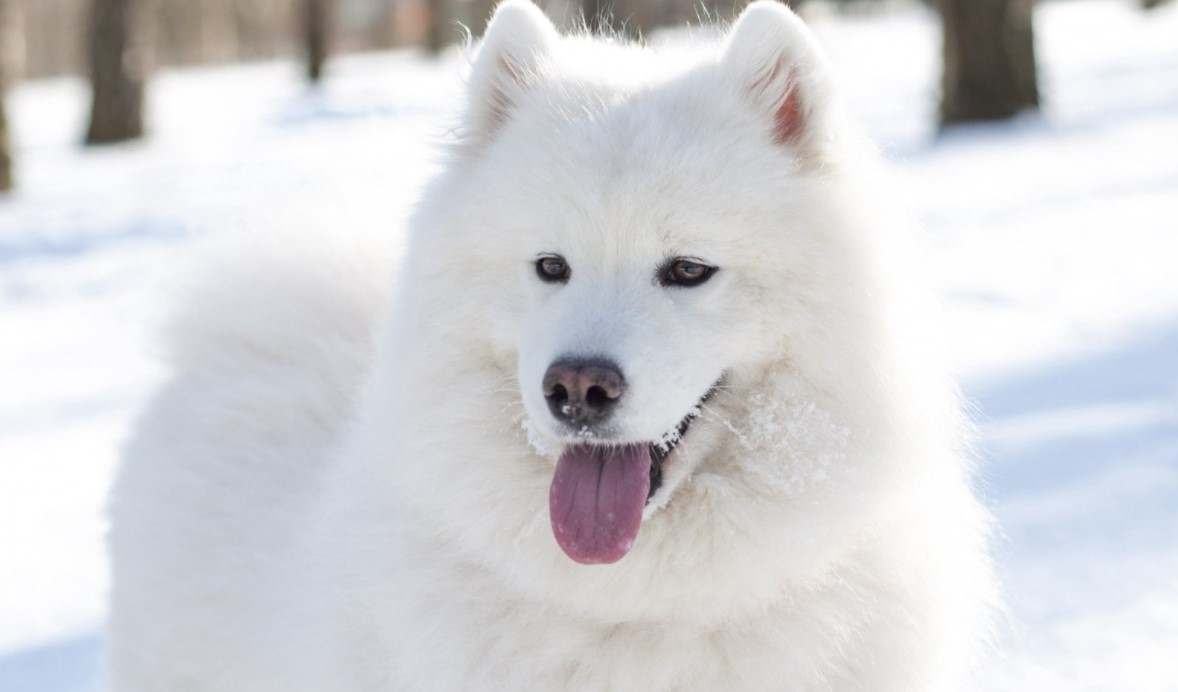 The name of the breed “Samoyed” is derived from the Siberian tribe of the Samoyed. The breed lived together with its namesake for a long time, isolated from other environmental influences and dog breeds, and was considered a full member of the family. As strong and persistent sled dogs, they can effortlessly cover several hundred kilometers in the snow.

The appearance of the Samoyed

With its considerable shoulder height of up to 60 centimeters, the proud macho gait and the massive fur, the Samoyed is undoubtedly an eye-catcher. Males have a particularly strong mane of hair and can weigh up to 25 kilograms. In general, the fur is lush and dense, so that it provides ideal protection against cold temperatures. The front of the legs, head and ears are covered with short, smooth fur. The paws are also well haired between the individual toes to protect against the cold. The high set tail with particularly long fur is also striking. The physique is strong, the body shape is wedge-shaped. Characteristic are the brown eyes and the constant smile of the dogs. Regardless of gender, this breed has a life expectancy of up to 13 years.

Coat and colors of the Samoyed

In the past, these dogs came in many different colors, including a black fur coat. Typical of the breed today is a coat color ranging from snow-white or cream-white to a biscuit tone. The dense undercoat and the longer top coat ensure a fluffy appearance.

Temperament and upbringing of the Samoyed

In general, these dogs are said to have a friendly, good-natured but stubborn nature. However, anyone who expects unconditional obedience and striving to learn from their dog will fall on deaf ears with the Samoyed. Samoyeds are strong in character and are not among the conspecifics with a “will-to-please”.

While these dogs are trainable, they will take the time to question them before carrying out a command. In this respect, the big animals simply need a little longer to carry out an order.

When it comes to education, too, one tends to embark on a long-distance run, because one does not get very far without iron consistency and patience. With yelling, outbursts of anger or punishment, nothing is achieved with the white giants. The positive: what a Samoyed has once learned, he never forgets.

The attitude of the Samoyed

Like many of their sled dog counterparts, Samoyeds are not pack animals. They prefer the company of humans to those of other species. They even need and seek active family contact and would like to be integrated into everyday structures. The dogs used to sleep in their tents and igloos with their Samoyeds, after whom they were named.

Dog sports enthusiasts will find their ideal companion in the Samoyed. He’s not the fastest, but he’s the strongest and most enduring. As former sled dogs, this breed is particularly good at these sports:

Anyone who has sporting ambitions neither in summer nor in winter should opt for a Samoyed from the show line, whose parents were already bred more for beauty than for sportiness. These specimens can then be used for more relaxed activities:

Samoyeds are also great at savoring rest and relaxation, summer and winter alike.

Care of the Samoyed 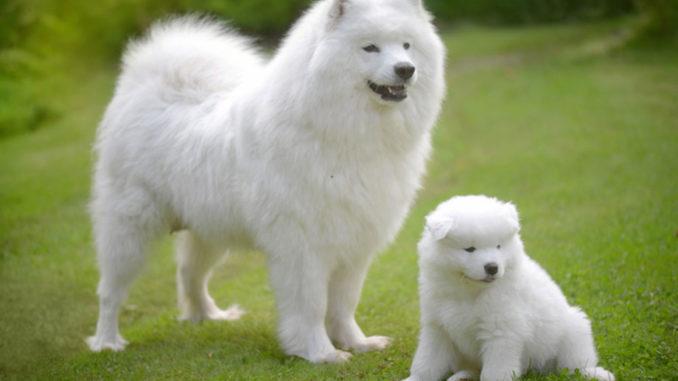 When it comes to massive dogs with fluffy fur, many people think of time-consuming grooming. However, multiple brushings a day, washing and visits to the groomer are more myth than reality. The dense undercoat and the longer top coat are covered with a fine layer of fat, which allows the coat to clean itself and automatically gives it a nice shine. It is quite enough to brush the coat thoroughly once a week.

Twice a year, however, grooming becomes particularly time-consuming. In spring, when the undercoat gives way to the airy summer coat and in autumn, when the undercoat grows back and makes the dog appear rounder. During these phases, more intensive care is necessary to support the dog in changing its coat. In addition, tangles can be prevented in this way. Then the coat needs a strong brush and a comb that reaches to the skin at least once a day.

Bathing is not only unnecessary for Samoyeds, but also counterproductive. This would attack the coating on the hair, which keeps the coat shiny and able to clean itself. It takes up to three weeks to repair the grease coating. In addition, the coat soaks up water, which almost doubles the dog’s body weight. The dense coat of fur takes a long time to dry completely, which is not only unpleasant for the dog.