With its characteristic “smile”, the Samoyed inspires dog lovers all over the world. Once used as a working dog and fluffy source of warmth by the Samoyedic nomadic peoples of Siberia, the four-legged friend is now a valued family companion. The sociable dog with the magnificent light coat keeps people on their toes with lots of movement and stamina. 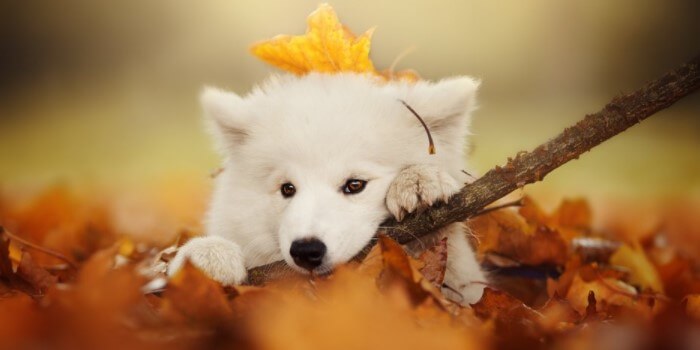 Pulling sleighs, tending reindeer herds, and keeping watch: the tasks that a Samoyed had to fulfill hundreds of years ago in Russian Siberia were varied. But for the nomadic tribe of the Nenets or Samoyed, the dogs were much more than just livestock: they slept with the people in their tents, warmed them with their soft fur on cold winter nights, and gave the children security and safety. In the 19th and 20th centuries, explorers used them as endurance sled dogs for expeditions in the Arctic and Antarctic.

Nature of the Samoyed

As a sled dog, the Samoyed is extremely sociable and loves to move. He is attached to his family, loves children, and inspires with high intelligence. Because of his approachable nature, he’s great as a therapy and visiting dog, but not very much as a guard dog – he just looks and behaves too friendly for just about everyone. 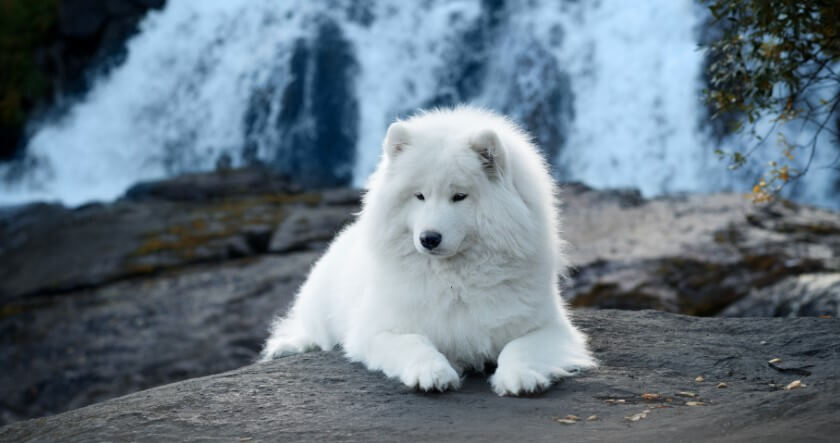 This dog likes to be mentally and physically exercised. This means that he needs a lot of exercise and activity, every day and in all weathers. People with an active lifestyle are therefore just right for this robust and open-minded four-legged friend. His hunting instinct is not very strong. When bored or underemployed, however, he could certainly try to go on a journey of discovery outside of a garden that is not appropriately secured. This dog only feels comfortable in the apartment if he has the opportunity to spend a lot of time outdoors on walks or hikes. In addition to the obligatory sled dog sport, other types of intensive movement such as agility or dog dancing.

Consistency and clear rules are required in education. You should enforce this with a lot of positive motivational incentives and a lot of tact since the Samoyed is considered self-confident and independent.

Care of the Samoyed

The dense, lush fur in light colors is the Samoyed’s hallmark and was originally intended to protect against the Siberian cold. The head of hair is pleasingly self-cleaning. Regular brushing is usually sufficient. Careful grooming during puppyhood and during the change of coat is particularly important. Dog shampoo and soap, on the other hand, should come into contact with the coatless often, as they could attack the dog’s own wool fat.

Males are about 57 centimeters high, females reach a height of 53 centimeters. They weigh between 20 and 30 kilograms and have a life expectancy of around 13 to 14 years. A striking feature is a so-called smile. It is created by the position of the eyes and the slightly raised corners of the lips and perfectly underlines the gentle nature of the four-legged friend. Because of its magnificent coat, the Samoyed is a popular show dog.