In its home country of Japan, the Shiba Inu is still one of the most popular breeds, despite strong competition from European small breeds. No wonder: Shiba Inus are loyal and affectionate towards their chosen people and inspire by their intelligence and pleasant nature. As a result, the Japanese fur nose has now also spread outside of Asia as a family dog, especially in North America and Europe. By the way: Shiba Inu simply means “little dog” in German. 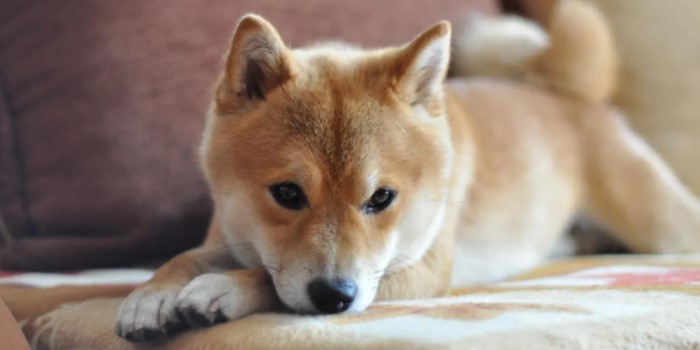 The Story of the Shiba Inu

The Shiba Inu goes back to the dogs widespread in the mountain regions of Japan, which were kept for hunting birds and small game. The breed has only been systematically bred since 1928 after the “purebred” Shiba Inus had almost disappeared through the crossing of British hunting dogs. The breed has been a “national natural monument” in Japan since 1937. The modern type is somewhat more powerful and long-legged than the ancestral breed. The Shiba Inu is the smallest of the Japanese dog breeds. It is undoubtedly one of the most popular breeds in Japan. Since 1980, the Shiba Inu can also be found increasingly in Germany, although it remains a rare phenomenon. According to the breed portrait, the Shiba Inu belongs to FCI group 5 with section 5to which his Asian conspecifics such as the Chow Chow and the Akita Inu also join.

Temperament of the Shiba Inu

The character of the Shiba Inu can be described as self-sufficient and independent. He needs a strong leader who treats him with loving consistency and follows a clear and structured line. Negligence or mistakes in upbringing can be shamelessly exploited by him. The Shiba Inu is a lively dog ​​that moves lightly but does not rush. According to the breed standard, aggressiveness or conspicuous anxiety are exclusion criteria for breeding. Typical characteristics of the Shiba Inu are that they are friendly, easygoing, curious, and fearless and tend to dominate their humans if no clear boundaries are set. However, if the human proves qualities as an “alpha animal”, the dog follows him loyally, faithfully, and affectionately. Otherwise, the self-confident animal tries to take responsibility for its “pack” itself – which may not always be in the interest of the two-legged friends. Its strong territorial behavior, pronounced hunting instinct and natural distrust of strangers make the Shiba Inu a breed that is not suitable for beginners. However, due to this character trait, he can secure a house and yard. The small and visually inconspicuous dog is well suited as a guard dog, even if it tends to bark unnecessarily.

Training and husbandry of the Shiba Inu

Turning a Shiba Inu into a well-behaved, obedient dog is not easy. The breed tends to be stubborn and hard to bribe. Even with strictness, you will not get to the goal with self-confident dogs. The desire to please people is hardly part of their character. The Shiba Inu is an intelligent animal that learns quickly – when it feels like it. Due to the pronounced hunting instinct, free running is a risky affair. In any case, the visit to the dog school should be completed so that at least basic obedience is practiced reliably in everyday life. The fur nose should be accustomed to other dogs, other pets, and children as early as puppies. Because only an intensive imprint and good socialization the young dog ensure that the fully-grown Shiba Inu gets along with his conspecifics. Not only strangers are met with skepticism, but also all other living beings. 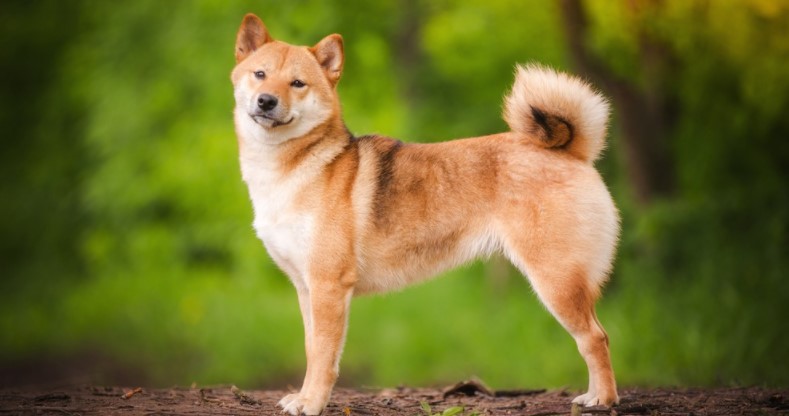 As roommates in the apartment, the Shiba Inu is calm and balanced by nature. However, he treats strangers with a healthy distrust. This qualifies him as a capable watchdog who is good at assessing real danger and only raises his voice when something unusual is actually happening. It is ideal if the Shiba Inu has access to a secure outdoor area such as a garden; at least long walks (on a leash) should be guaranteed. The energetic “nature boy” insists on them in all weathers; mud and bad weather don’t bother him. Mum or dad has to come along without any ifs or buts. In short, raising the Shiba Inu is not easy and should not be taken lightly. It is important that his owners can spend a lot of time with him,

Care and diet of the Shiba Inu

Occasional brushing is fine for the Shiba Inu’s soft, plush coat. As with most other dog breeds, the half-yearly change of fur puts enormous strain on the coat. During this period it is important to free the dog from the undercoat more often, otherwise, it can shed extremely. When it comes to nutrition, the Shiba Inu does not have any breed-specific peculiarities. Meat should be the number one priority for every carnivore. A balanced nutrient composition that offers the dog everything that is needed for a vital life is a basic requirement. However, make sure to adjust the portion of training bites and treats to the daily ratio. Obesity inhibits the lively and light-footed character of the Shiba Inu and can lead to health problems.

What you should consider when buying a Shiba Inu

Since the Shiba Inu has never become a fashionable dog due to its dominant and strong-willed nature, it has hardly any genetic predispositions, in contrast to popular dog breeds such as the Golden Retriever or the Labrador Retriever. The prerequisite is, of course, to choose a reputable breeder with every dog ​​purchase who shows real interest in the well-being of the animals and only pairs healthy dogs with

The Shiba Inu is one of the so-called archetypal dogs. This means that he shows strong genetic proximity to the wolf. There are geographical reasons why such primeval genes have been preserved over the millennia: Due to the island location of Japan and the remote mountainous region inland, the originally domesticated dogs hardly came into contact with other breeds. Genetic mixing did not take place for a long time.