It could be worry lines that are characteristic of the Shar-Pei today. As recently as the 1970s, his species was considered the rarest breed of dog in the world; in the 19th century, the animals were also used in dog fights. In the meantime, dog lovers have discovered the loving, calm character of the dog with its fierce appearance. Curious: Traditional Shar-Peis were not nearly as wrinkled as the modern type. Exaggerated flaps of skin would have seriously impaired them as working dogs. 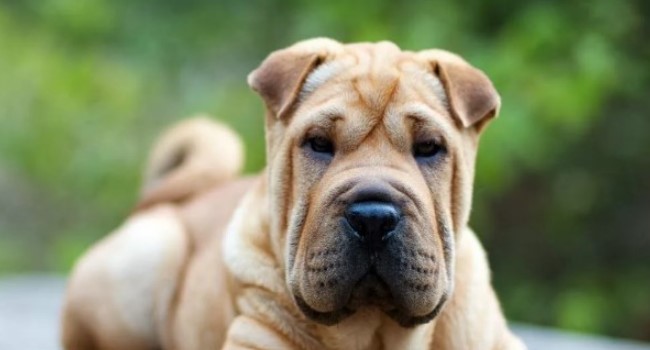 The origin of the Shar-Pei

The existence of the Shar-Pei can be proven by archaeological finds and illustrations from the second century BC. The cradle of the breed is the coastal region of southern China. Common people kept Shar-Pei as a working dog for hunting, as a herding dog, and as a house guard. After all this time, the fact that the Shar-Pei almost completely disappeared in the last century was due to exorbitant taxes that dog owners had to pay under the communist regime. This led to a Shar-Pei in the 1970s. breeders from Hong Kong turned to American colleagues for help so that the breed could be preserved abroad. This was successful, and at the end of the decade, the first breeding animals also came to Germany.

Nature of the Shar-Pei

The Shar-Pei is a dog with a strong character that is not easily fazed. He is affectionate towards his humans, devoted, and constantly has to convince himself of their affection. He shows his “will to please”, the urge to please his people, through obedience and friendly behavior. The dog is intelligent and watchful: he keeps a close eye on his pack’s territory. His demeanor can appear majestic, he is reserved towards strangers.

Training and husbandry of the Shar-Pei

The sensitive Shar-Pei needs attention and attention. But first, it means Consistency and perseverance on the part of the owner against the willpower of the dog. If the Shar-Pei has accepted you as an alpha animal, nothing stands in the way of an intimate human-canine partnership. To achieve this, you should have or acquire solid dog ownership experience. Dogs want to be with their people all the time and should not be left alone for long periods of time. You should practice staying alone for a shorter period of time from the beginning. Because it is not always possible to avoid leaving the dog at home for a short time in everyday life. 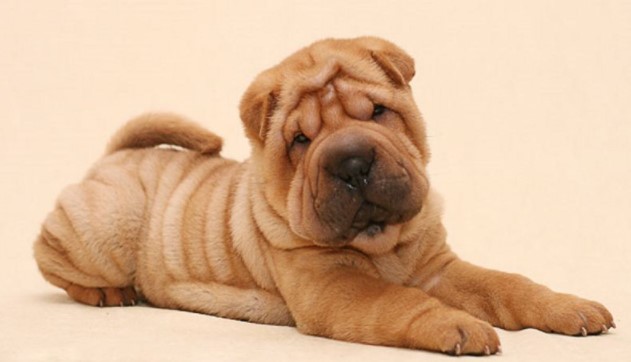 The ideal attitude for the Shar-Pei is an environment with free access to a yard that he can guard as his territory. Long walks or hikes should also be part of the daily routine because the Shar-Pei is a persistent dog that wants to live out its strength. Characteristic of the Shar-Pei is that he is out for “serious” tasks. Agility-style gimmicks aren’t really his thing.

Care of the Shar-Pei

Caring for the Shar-Pei is easy. Thanks to its short coat, regular brushing is enough to remove loose hair. However, the skin must be carefully checked for changes and cared for. Health care is very expensive, especially when eczema has formed in the skin folds.

Peculiarities of the Shar-Pei

The Shar-Pei is prone to a number of disease predispositions related to the distinctive skin folds and still limited gene pool. Responsible breeders strive to counteract abnormal wrinkling; According to the FIC (Fédération Cynologique Internationale), bulges on the body are an exclusion criterion. Eye, respiratory and circulatory problems caused by excess skin in the head area are particularly problematic. In addition, there are various dermatological diseases and a hereditary disposition for amyloidosis, an autoimmune disease of protein metabolism. Another typical disease: Shar-Pei fever with swelling of the ankles. It is therefore essential to ensure responsible breeding.