The Shiba Inu is an ancient Japanese breed. The word “Shiba” indicates something small, a small dog. Its natural habitat was the mountainous area by the Sea of ​​Japan, where it was used for hunting small game and birds. Depending on the place of origin, there were small differences between the animals within the breed.

A friendly face with triangular, small pricked ears on a broad head looks enterprising and interested. The Shiba-Inu owner never ceases to delight in feedback on their dog’s adorable appearance. The temptation to pet the animal is great for dog lovers. Likewise the desire to call a Shiba-Inu, such a stuffed animal, his own. In ignorance of the behavior and peculiarities of the breed, which has remained relatively unspoiled, tricky situations are almost inevitable. This is especially true for inexperienced dog owners. 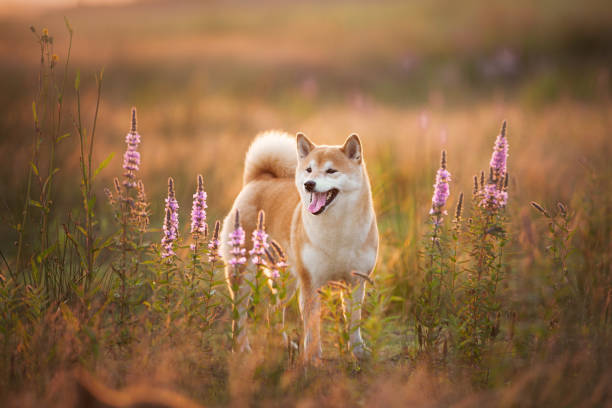 History of the Shiba Inu

The breed has its origins in Japan – in mountainous areas on the Sea of ​​Japan. There is no doubt that it has a long history, although the exact age of the Shiba-Inu cannot be verified – there is talk of several thousand years. Around 1928, hunters and scholars began preserving the purebred Shiba Inuzu by preserving the few pure bloodlines; in 1934 a uniform standard was established.

A uniform standard was not issued until 1934 after the purebred nature of the hunting companion became the focus of breeding efforts again in the late 1920s. The animals show slight differences in the development history depending on their origin and cross with English hunting dogs do the rest.

In 1937 the Shiba Inu was declared a “Natural Monument”, after which the breed was bred and improved to the excellent appearance we know today. In Germany, there are currently very few dogs that are managed under the FCI standard 257. A Shiba-Inu catches the eye. The highest point of the male dog with his head down is only between 35 and 43 centimeters. The females are each two centimeters smaller.

They weigh about seven to nine kilograms. Males are up to two kilograms heavier. A Shiba-Inu is one of the smallest of the typical Japanese dog breeds. And like them, it is also revered as a national natural monument in its country of origin. The long-legged and powerful-looking dog with small, triangular eyes and a curled, bushy tail has an easy-care coat.

Apart from the phase of changing the coat, twice a year the dog sheds a lot, and regular brushing is completely sufficient. Well protected by straight and hard outer hair in combination with a dense, soft undercoat, the Shiba-Inu prefers the cold rather than warmth. No water or snow slows down his game. The low inherent odor and the cat-like cleanliness of the four-legged friend prove to be pleasant.

Red and black ground colors dominate the coat of the Shiba-Inu. In addition, the uniform mixture of the two colors and the combination of both, with one color setting the tone, so to speak, is described in the breed standard. Fur colors ranging from white to cream complete the picture.

Especially on the underside of the muzzle and belly, on the inside of the legs, ears, and eyes, they correspond to the Japanese breeding orientation. Originally used in Japan to hunt birds and small game, the Shiba-Inu has retained its pronounced sense of hunting and its fine nose to this day. 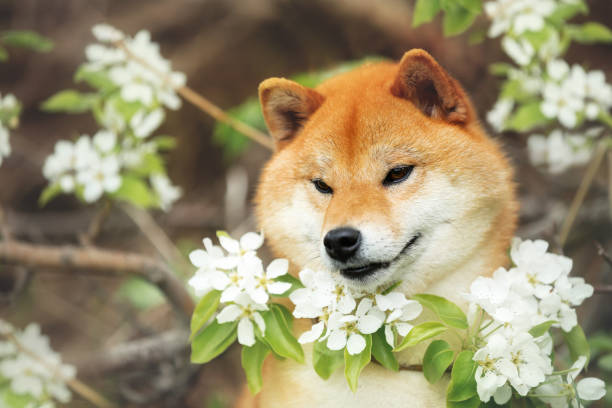 The experienced owner takes this into account when dealing with and training his companion – especially during the joint stay in the woods and fields.

The physical and mental activity of the dog takes up a lot of time. Also demanding are the sometimes encountered dominance and clear territorial behavior of Shiba-Inu males. If the intelligent dog lacks leadership, it takes over this part. Dog sport exercises are very important to him. Always ready to learn and waiting, the Shiba-Inu fixes his two-legged friend. Nothing escapes him, strangers and strangers are eyed skeptically, but the attractive hunting dog does not need to bark for no reason.