The Shiba Inu is one of the oldest and most popular dog breeds in Japan. His clean nature and loyal nature also make him a popular companion dog in the USA and Europe. When treated with respect and given enough exercise, the Shiba is a loyal and lovable friend. We have summarized everything worth knowing about the brave dogs from Japan in a detailed breed description for you.

External Features of the Shiba Inu: The Fluffy Powerhouse

According to European and American breed standards, the Shiba Inu is a compact and relatively small dog – it differs primarily in its body size from related Japanese dog breeds such as the Akita Inu or the Hokkaido Inu. Its most striking features include the triangular ears and eyes and the distinctive face shape with tight lips and broad cheeks. Broad and bushy, the tail curls up on the rear back or hangs down to the hock. Breeding dogs must have a guajiro pattern – this means that white outer fur must grow on the underside of the body, over the neck, and up to the fangs. Some Shibas are also colored white around the eyes. 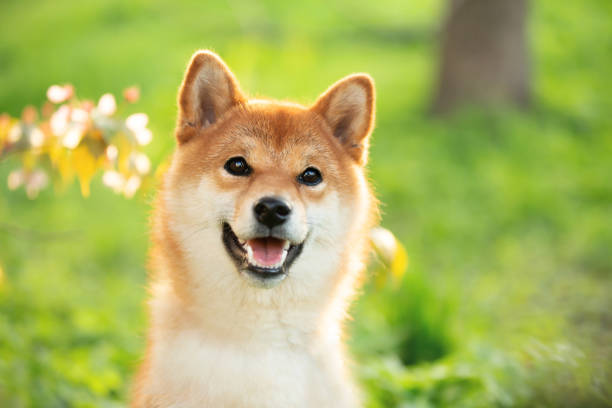 The physique of the Shiba Inu: Robust and light-footed

Shiba Inus have strong bones and are relatively powerfully built for their height of between 33 and 43 cm. Shoulders and elbows are close to the body, which allows the dogs to remain agile and agile despite well-developed muscles and a deep chest. The neck is broad and strong and the shoulders are slightly sloping to the body. The breed is created for small game hunting in cool forest areas and appears sporty and jumpy. The ideal ratio of height at withers to body length is 10:11.

The well-trained cheeks of the Shiba appear even wider and down due to the dense hair on the neck and neck. On the side of the broad forehead, the pointed, erect ears stand up. The nose and eyes appear black, with dark Shiba Inus the iris can turn brown. In addition to the straight bridge of the nose and the clear stop between the bridge of the nose and the forehead, the shape of the eyes is characteristic of his appearance: Distinctive drooping lids protect the eyes from the wind and snow and make them appear triangular. The outer corner of the eye is tapered and angled slightly upwards, making the small dog appear friendly and self-confident.

History of the Shiba Inus: From Hunting Dog to Housekeeper

Bred in the mountains of Japan for hundreds of years, Shibas are Spitz-type dogs. Information about the origins of the dog breed varies, but what is clear is that the breed is one of the original and ancient dog breeds, meaning that it was bred in this form before modern dog breeds appeared during the 18th century. Historical finds show that dogs with a very similar appearance were already bred in 300 BC. lived in Japan.

The rescue of an endangered breed

During the Second World War, valuable hunting dogs were almost wiped out in Japan. Only three pure bloodlines survived the war: San’in, Mino, and Shin Shu Shibas were crossed with similar dog breeds after the end of the war to meet the increasing worldwide demand and to preserve the breed. Today the Shiba Inu is the most popular domestic dog in Japan and is also successfully bred in Germany, England, and the USA.

Brief facts on the history of the Shiba

Nature and Character of the Shiba Inu: The Dog Bred with Heart and Courage

Shiba Inus are perceptive dogs that only do what makes sense to them. The dogs rarely bark, but let out what is known as the Shiba Scream when they feel threatened or frustrated. Some dogs also let out the characteristic squeak when they are overly happy or surprised. In contrast to many other domestic dogs, they are rarely fixated on their owner, but rather get along independently and like to keep themselves busy.

Good education is the be-all and end-all 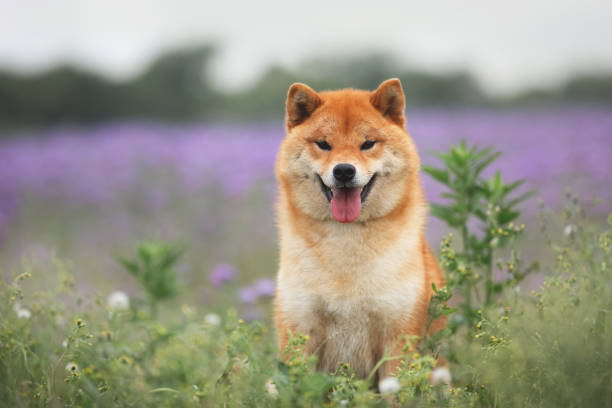 Shiba Inus are master escapees and love to test their limits within the pack, especially when they are young. Due to their strong hunting instinct, they should only be let off the leash in carefully fenced areas. The dogs know how to assert their interests and manipulate their owner – so make sure that you really train the dog and not the dog you!

Toilet training – housebroken from the start

Even as puppies, Shibas will only urinate at a great distance from their roosting site and will maintain this clean tendency into adulthood. Since the dog breed sheds relatively heavily, regular combing is recommended to keep the sleeping area and the house clean. Dogs also easily get used to hairdryers and massage claws if the stimuli are introduced during the socialization phase. If a dog does not trim its claws on its own, the lateral wolf claw, in particular, must be trimmed regularly by the owner or a professional.

Nutrition for Shibas: Pay attention to the line!

You should adapt your dog’s food to its body size and level of activity. Food rewards are helpful in training. However, giving treats too often can cause your Shiba to become fanatical and stop executing commands without any prospect of rewards. The dogs tolerate industrially manufactured and home-cooked food. When it comes to the choice of food, tastes differ quite individually: some Shibas are choosy when it comes to food, and others will gobble down everything that seems edible to them. Since they tend to be overweight, especially in old age, you should keep an eye on their daily calorie intake.