Find out more about the system, appearance, offspring, rearing, and keeping of smooth-haired guinea pigs in the profile.

The smooth-haired guinea pig is one of the most common and popular guinea pig breeds.

The appearance of smooth-haired guinea pigs 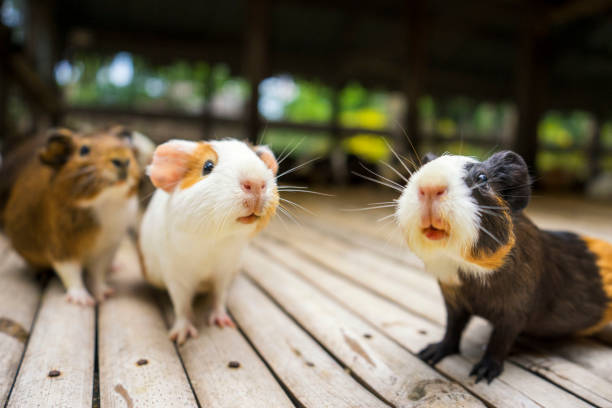 The smooth-haired guinea pig has short, glossy fur that lies close to the body. The hair length is a maximum of three centimeters. The fur has no whorls or rosettes. The under color of the smooth-haired guinea pig should not deviate from the top color if possible. The weight of an adult animal is about 800 to 1200 g (females) or 900 – 1400 g (males), the average body length is 20 to 25 cm. The physique is broad, strong, and well-muscled.

The shoulders and neck are high and also well muscled. The chest is broad and well-developed. The shoulder goes evenly into the back. The rear is rounded and tailless. The eyes are large, round, and shiny. From the association “Guinea Pig Friends Germany (MFD) BD e.V.” 54 colors and patterns are currently recognized, such as gold agouti, lilac, cream, Himalayan black, Dalmatian chocolate, and beige-white.

After successful mating, the female is pregnant for an average of 68 days and gives birth to one to seven young. The birth usually takes place in the early morning hours or at night and lasts about 30 to 60 minutes. As precocial, guinea pigs are born completely hairy and with permanent teeth.

The guinea pig babies can already see and hear and weigh around 60 to 80 grams. In addition to their mother’s milk, the animals eat solid food such as hay and dry food after just a few hours or days. The rodents learn healthy social behavior from their mother and other group members. It is also possible to keep several mothers with young animals of the same age together. The females get along well and even raise their litters together. The young should stay with the mother for at least three to four weeks (as long as possible). 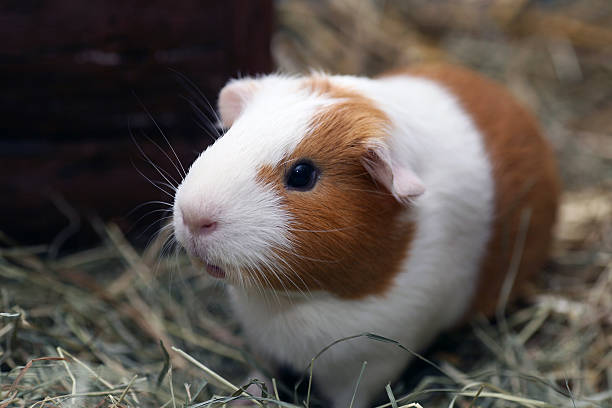 Due to its short, dense coat, the smooth-haired guinea pig is relatively easy to care for and is therefore also well suited for guinea pig beginners.

Smooth-haired guinea pigs can be kept indoors or in the garden all year round. Since guinea pigs are very social and sociable animals, they should never be kept alone. You need at least one conspecific. A rabbit cannot replace this conspecific! The enclosure for two to four animals should have a floor area of at least 2m², for each additional animal it must be enlarged by at least 0.5m².

The enclosure consists of a feeding and drinking bowl and at least one sleeping hut, which should be large enough for several guinea pigs to lie in it at the same time.

In addition to a large and varied enclosure, healthy nutrition is one of the most important aspects of keeping guinea pigs. The main feed should consist of high-quality hay (freely available), fresh feed (grasses, herbs, vegetables, and fruit), and, if necessary, small amounts of dry feed. Pellets rich in crude fiber (pressed feed made from hay, grass, and herbs) that contain neither grain, sugar nor molasses are suitable as dry feed. Fresh drinking water must always be available to the animals.

In addition, it is important that you regularly check your guinea pig for diseases and carry out a daily health check.