In Thailand, he is a house dog, but above all a hunting dog with tradition: the Thai Ridgeback. The four-legged friend with the distinctive fur structure has already found many fans in Europe as well. The behavior of the Thai Ridgeback is more original and much more cautious than is known from other dog breeds. The ancestors of the Thai Ridgeback may have been street dogs, and in some behaviors, the survival artist still shines through even in the modern pedigree dog. 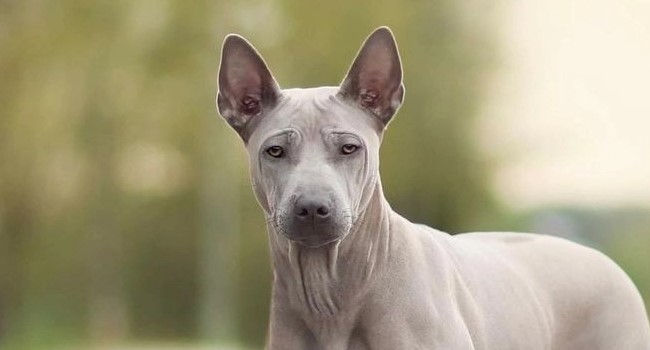 The History of the Thai Ridgeback

The Thai Ridgeback was first mentioned about 360 years ago in old Thai manuscripts. The main drive for breeding this breed was its use as a hunting dog. The animals were also popular as companions and guards for wagons and houses. However, it was only in the 1980s, at the instigation of a Japanese association, that efforts were made to have the breed officially confirmed. A long process led to final recognition by the FCI, the world dog breeding association, in 2003. By the way: There is no racial connection with the Rhodesian Ridgeback.

Nature of the Thai Ridgeback

The Thai Ridgeback pleases people with its lively nature. In order to develop this, however, he needs above all stability in the pack and a person whose leadership he can trust. He is suspicious of new situations and people and needs time to assess the situation. He is very independent and solves problems and challenges with his head. He shows a clear “will to please” to people he trusts – he wants to please them.

Education and keeping of the Thai Ridgeback

A Thai Ridgeback can definitely have a mind of his own and does not subordinate himself uncompromisingly. It is important for his training to know: The way in which the Thai Ridgeback “communicates” with body language and with sounds is more subtle than with other breeds. This can easily lead to misunderstandings between humans and dogs, but also among conspecifics. Patience and empathy are required here.

Training the Thai Ridgeback also requires patience. A characteristic of the breed is that you want to have everything in view at the same time, which is at the expense of your ability to concentrate. Regular attendance at the dog school is therefore strongly recommended so that you learn to understand your dog and the dog understands you. Only with a well-behaved dog will you later go through life without any problems. The four-legged friends are lively and willing to run. A short walk around the house is not enough for the bundle of energy. Long walks or running next to a bike, horse, or jogging master is more his thing. For dog sport and agilityThai Ridgebacks can get excited. Small animals like rabbits are just as exciting. Then it is important to curb the dog’s hunting instinct. The high urge to move of the Thai Ridgeback can only be satisfied to a limited extent when kept in the big city. A house with access to a – well fenced! – Garden meets the animal. Although often declared as a family dog, the Thai Ridgeback is often less patient with the offspring than other pedigree dogs.

Peculiarities of the Thai Ridgeback

A special characteristic of the breed of the Thai Ridgeback is its ability to jump. Climbing a two-meter high fence is no problem for him. The striking optical feature of the Thai Ridgeback, however, is its “crest”: Along the backline, its fur grows in the opposite direction and stands out. The length and width of the crest can vary, symmetry is important. The reason for this coat structure is a genetic defect (a mild form of “open back”), which can lead to nerve diseases in individual cases. If you decide to get a Thai Ridgeback, please contact a reputable and responsible breeder.