These good-natured giants have a pronounced protective instinct as original livestock guardians and shepherd dogs. This is where its name comes from: it means “protective gate”. Dogs love to be outdoors in nature. They need a lot of exercise and variety, are real water rats, and like to play in the snow. With consistent training, the Tornjaks show themselves to be very docile and willingly carry out orders. But as befits livestock guardian dogs, they also act stubbornly. 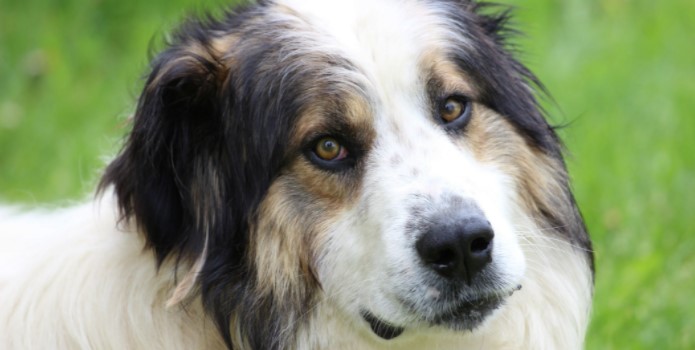 The Tornjak is a very old dog breed from Croatia and Bosnia-Herzegovina: The Tornjak was first mentioned in manuscripts from the eleventh century. Targeted breeding, however, only began in the 1970s.

The name derives from the word “gate”, which means something like “protective gate”. The task of the Tornjak as a shepherd dog was to defend its flock against wolves, bears, and other predators. As itinerant shepherds declined, the number of Tornjaks continued to decrease until 1972 when the stocks were recorded for the first time and breeders took on the breed. Since then, the numbers have been at a stable level. In its countries of origin, the Tornjak has an almost folkloric status, in Bosnia-Herzegovina, even a stamp with the image of two Tornjaks appeared.

Nature of the Tornjak

The nature of the Tornjak corresponds to that of a typical livestock guardian dog: its protective instinct is strong, and it reacts suspiciously to strangers at first. However, the Tornjak is not prone to aggressive behavior, but rather barks at potential intruders. His protective instinct is therefore more of a defensive nature, he avoids open confrontations. Tornjaks know their territory well and behave differently within their territory than outside. As is usual with shepherd dogs, stubbornness and independence are also part of their character traits. They like to make their own decisions and know, without guidance, how to defend themselves in an emergency. They don’t have the so-called “will to please”. Still, Tornjaks are trainable and willing to do your bidding. At home, they are relaxed and calm. They enjoy the company of their family and despite their independent nature, they need your affection. A close bond between you and your Tornjak also proves important for proper training.

Tornjaks like nature. They are very active and agile, they prefer to move at a trot. They don’t mind cold temperatures, on the contrary: their thick fur protects them from the cold and they enjoy romping around in the snow and in the water. They are even considered real water rats. They like to be with conspecifics, which is why keeping several Tornjaks is not a problem. Living together with a conspecific often contributes to a balanced nature.

Training of the Tornjak

Tornjaks make wonderful herding, livestock guardian, and companion dogs. In its home countries, the good-natured giant is sometimes used as a rescue and therapy dog. Since Tornjaks need a large territory or a lot of open space, it is not advisable to limit their habitat in a city apartment. A house with a garden or yard is more suitable. These dogs also fit well on a farm because they can protect the herds there. Tornjaks prefer a spacious nature with meadows, fields, or mountains where they can run freely. You can often tell that your Tornjak is thriving when he’s out exploring with you – that’s when he’s in his element. 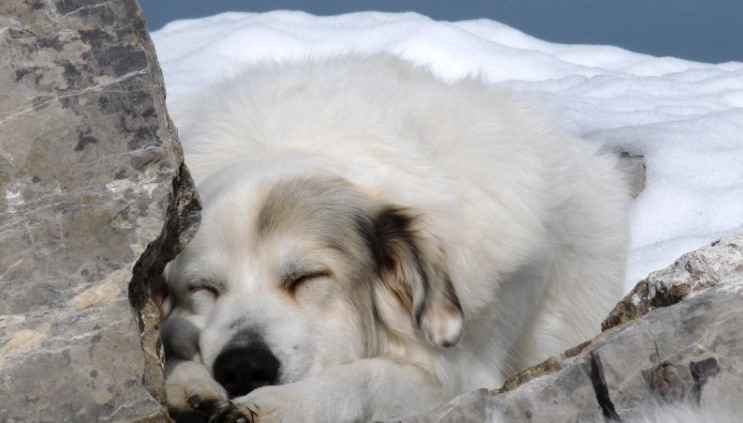 Since Tornjak’s protective instinct is strong, you should make sure early on in the training that he doesn’t bark at every passer-by. A consistent appearance on your part is extremely important. Also, his distrust of strangers can turn into aggressiveness if you don’t appear confident in your role. Then the Tornjak decides for itself how to behave – and if in doubt, it goes into defense mode. Apart from that, it is very exciting for the Tornjak to observe life around them.

Teach him a few tricks or have him track down hidden objects to give him some variety. The large four-legged friend quickly gets bored with rather monotonous activities such as fetching. Make sure that his toy is sufficiently stable and of an appropriate size that he cannot swallow.

Care and health of the Tornjak

Despite having such a thick coat, the Tornjak does not require extensive grooming. Weekly brushing is sufficient. Avoid clipping, which changes the texture of the coat and undercoat, potentially causing tangles and skin problems. Otherwise, you should clean his ears regularly, as they can become inflamed or fungal if they are too tight. The Tornjak’s claws grow rapidly. It is, therefore, necessary to trim them every now and then to avoid overgrowth, tearing, or the like.

Some Tornjaks tend to be overweight. Weigh your dog regularly and monitor his calorie intake. Along with species-appropriate exercise, avoiding obesity also prevents joint problems, which are more likely to develop in Tornjaks than in small breeds due to their size.