Probably, most of the dogs have attempted at least once on the owner’s shoes. And some owners are convinced that in this way the pet takes revenge, gets angry, or simply takes out his displeasure. However, this is a delusion. Let’s see why a dog chews on shoes.

The reasons for the destructive behavior of a dog can be different. The most common ones are:

As you can see, the dog does not always chew on shoes only because of emotional disorders. And she will not do this at all out of revenge or harm. Lack of communication or stressful situations affects. In addition, improperly selected food or a number of stomach diseases can also provoke the desire to “chew on” in the dog. This is especially true if an adult dog suddenly starts chewing on a shoe.

As for puppies, almost all young dogs are very energetic. If a pet cannot throw out all the accumulated energy on a walk, he will most likely do it at home with all the ensuing consequences.

Contents hide
1 How to Stop a Dog From Chewing on Shoes?
1.1 Prevention of unwanted behavior
1.2 Limit access to shoes
1.3 Tire the Dog
1.4 Negative impact

How to Stop a Dog From Chewing on Shoes? 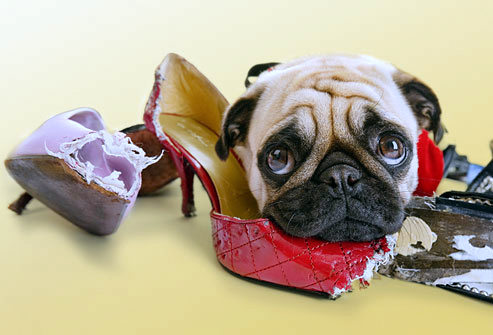 It should be noted right away that it is easier to work with puppies than with adult pets. And prevention is the best way to combat destructive dog behavior.

Spend as much time as possible with the puppy for the first month after purchasing. Control his behavior. It is important to buy enough toys that are age-appropriate. As soon as you notice that your puppy is interested in shoes, try to shift his attention to the toy.

Dog handlers recommend provoking a grown pet by offering him a pair of shoes as a toy. As soon as he is addicted to playing with shoes, stop the process. But it is important not just to say “You can’t!” and offer a legal toy instead. So you will not stop the pet’s play and give him the opportunity to throw out energy. 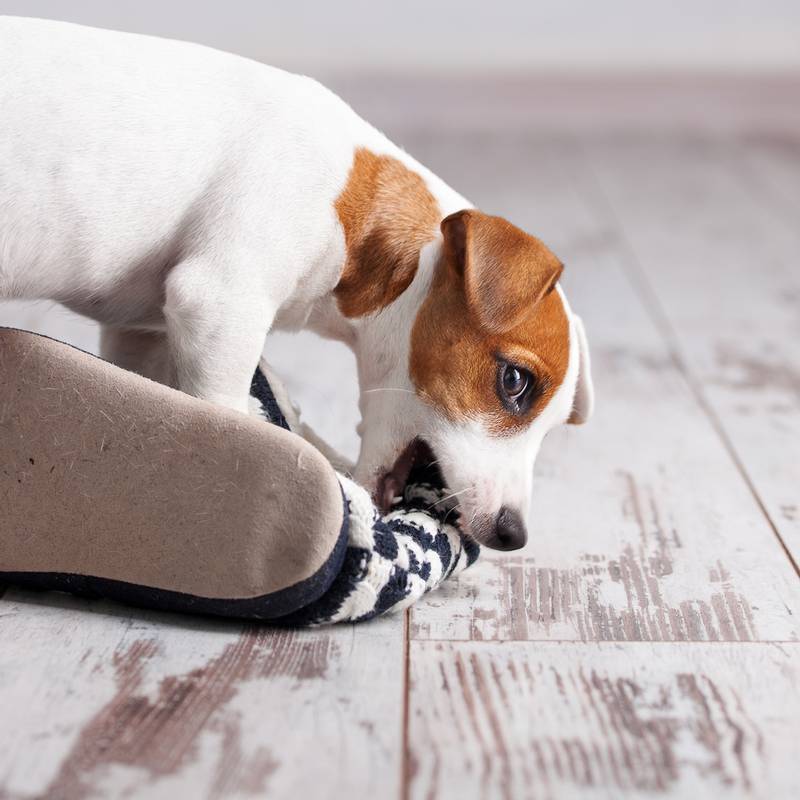 The easiest method is to restrict the dog’s access to the shoes. Get in the habit of putting your shoes and shoes in the closet right after you return home.

Another option is to restrict the pet’s freedom of movement around the apartment. When no one is at home, the dog can be locked in the room, but not in the bathroom or toilet. So she simply will not have the opportunity to chew on her shoes.

Provide plenty of toys for your pet when you are away. For the puppy, it is advisable to select educational toys with a surprise. Then he will definitely not be bored in your absence.

Walk your pet more. Oddly enough, it is the energy that has not found a way out that most often becomes the cause of destructive behavior. Get up early for a walk, arrange all kinds of games, active exercises for the dog. In short, try to tire the dog.

Also, feed your dog tightly before going to work and leave a special chewing bone. 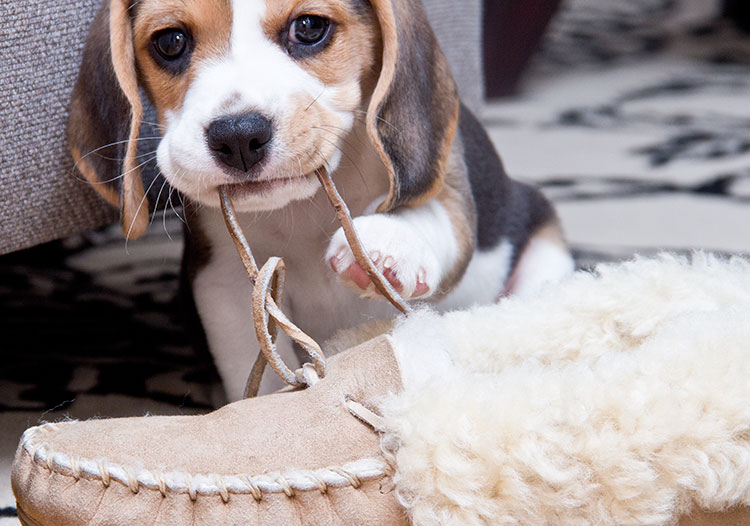 If you have not caught the dog for a “crime”, you cannot scold him. But, if you notice that your pet is attempting to use shoes, feel free to stop this action. And not a simple “Fu” or “No” – so you only limit his impulse, and be sure to show that you can chew. Offer his toy instead of shoes or boots: “This is not allowed, but this is allowed.”

Another trick is to set up traps. For example, if your dog knows where the shoes are and can open the closet door on its own, try using the surprise effect. As soon as the pet tries to open the cabinet, use a clapper or whistle. Dogs are not very fond of such surprises, and after several such attempts, they will probably cease to be interested in the closet.

Use not only negative impact. Do not forget to praise your pet when he plays with his toys, keep him active and interested.

In no case yell at the dog, much less hit it. Such punishment teaches nothing. In the process of teaching animals, it is much more effective to use praise and affection.