Not so long ago, American scientists have shown that dogs can feel jealous. Most often, pets are jealous of their owners for other representatives of the animal world. But the jealousy of people is not excluded. What if the dog is jealous of the owner?

There are many situations where a dog is jealous. As a rule, this happens due to an unstable hierarchy. Simply put, the pet believes that he is following the owner, and not other family members or animals. Therefore, every time someone of a “lower rank” approaches the owner, the dog tries to prove that the place next to the leader is hers. How to deal with unwanted expressions of feelings? The methods will depend on who is causing the dog’s jealousy.

A dog is jealous of another dog If a second dog appears in the house – a puppy, you can be sure: there will be no rest at first. Moreover, the clarification of the relationship between males is much smoother than between two females. It is believed that female dogs cannot fully come to terms with the leadership role of their rival. However, situations of really aggravated conflict are very rare. If the old-timer began to be jealous of you for the puppy, then in this case you have to take on the role of leader and judge and demonstrate the hierarchy of relationships in the “pack”. And it doesn’t matter who breaks the law: an old-timer or a newcomer.

Avoid grabbing a bowl that is not yours

Watch how the dogs eat. If a newbie tries to “steal” an old-timer’s bowl, stop those attempts. And vice versa. We need to make it clear to the dogs: everyone has their own food.

Don’t get involved in dog conflicts

If you still decide to intervene in a quarrel between animals, then all participants must be punished. Both are always to blame. You should never take sides. 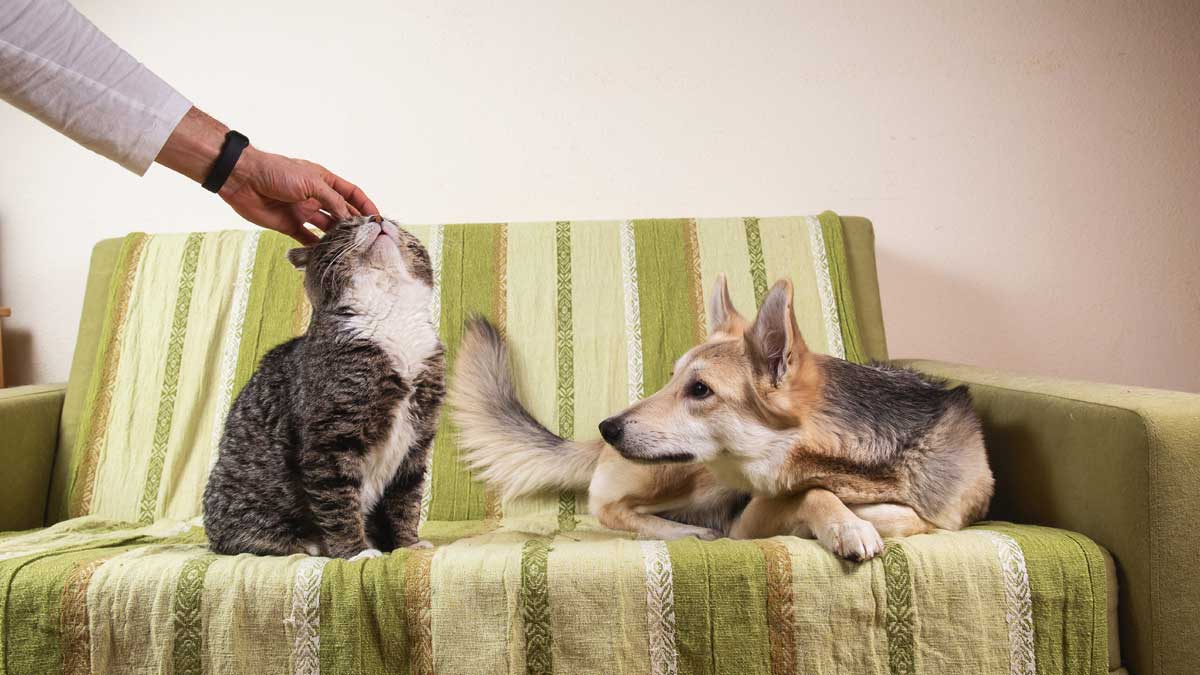 The dog-leader, that is, the old-timer, needs to be respected. These should be small incentives, such as: the old-timer gets food first; When going for a walk, the leader is first put on the collar, and when both dogs execute the command, the leader is the first to receive the award.

A beginner does not have to be a dog. It can be a cat, a bird, or any other pet. It is important to demonstrate to your dog that you love them equally and that you are not infringing on anyone’s rights.

The dog is jealous of the partner

Another common situation is jealousy towards the owner’s husband or wife, depending on who the dog has recognized as the leader of the “pack.” The first attempts at aggressive behavior must be stopped even at puppyhood, otherwise, a grown dog will cause a lot of trouble with its jealousy.

Don’t take full responsibility for your dog. The leader of the pack, as a rule, feeds the dog, walks with it, combes, and caresses it. It is important that the dog receives the attention of all family members.

The convergence must be gradual. If an adult animal is already showing jealousy, it is important that the one for whom the dog is jealous of the owner also begins to look after the pet. Rapprochement with him should take place on joint walks and in games.

Don’t play along. There is no need to have fun and caress your pet when he grins or barks at another family member. In this way, you encourage his behavior, and in the future, the dog will always do so.

The dog is jealous of the child

A special type of jealousy is a dog’s jealousy of a newborn baby. The main mistake many dog owners make is that they don’t prepare their pets for a baby. It’s just that one day an animal feels a sharp change in its usual way of life, and from a universal favorite, it turns into an outcast. You can prepare your dog for the arrival of a new family member as follows: 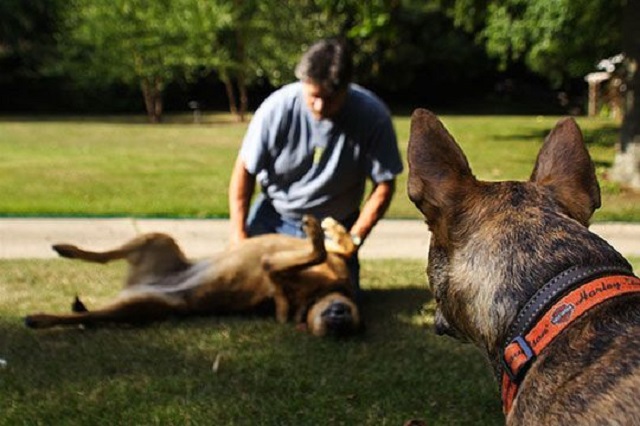 Imagine a baby. Do not hide the baby from the dog, let her get to know him. Of course, at first at a distance. Let the animal get used to the new smell for her.

Pay attention to your dog. You cannot sharply limit affection and attention. With the advent of a child, there may be less time for communication with the animal, but this does not mean that the pet is completely ignored. Try to find time for your dog so that he does not feel abandoned and lonely.