This beautifully preserved mosaic from Pompeii depicting a dog and the words "Cave Canem" – loosely translated "Beware of the dog" – may be the oldest "Caution! Angry Dog!" 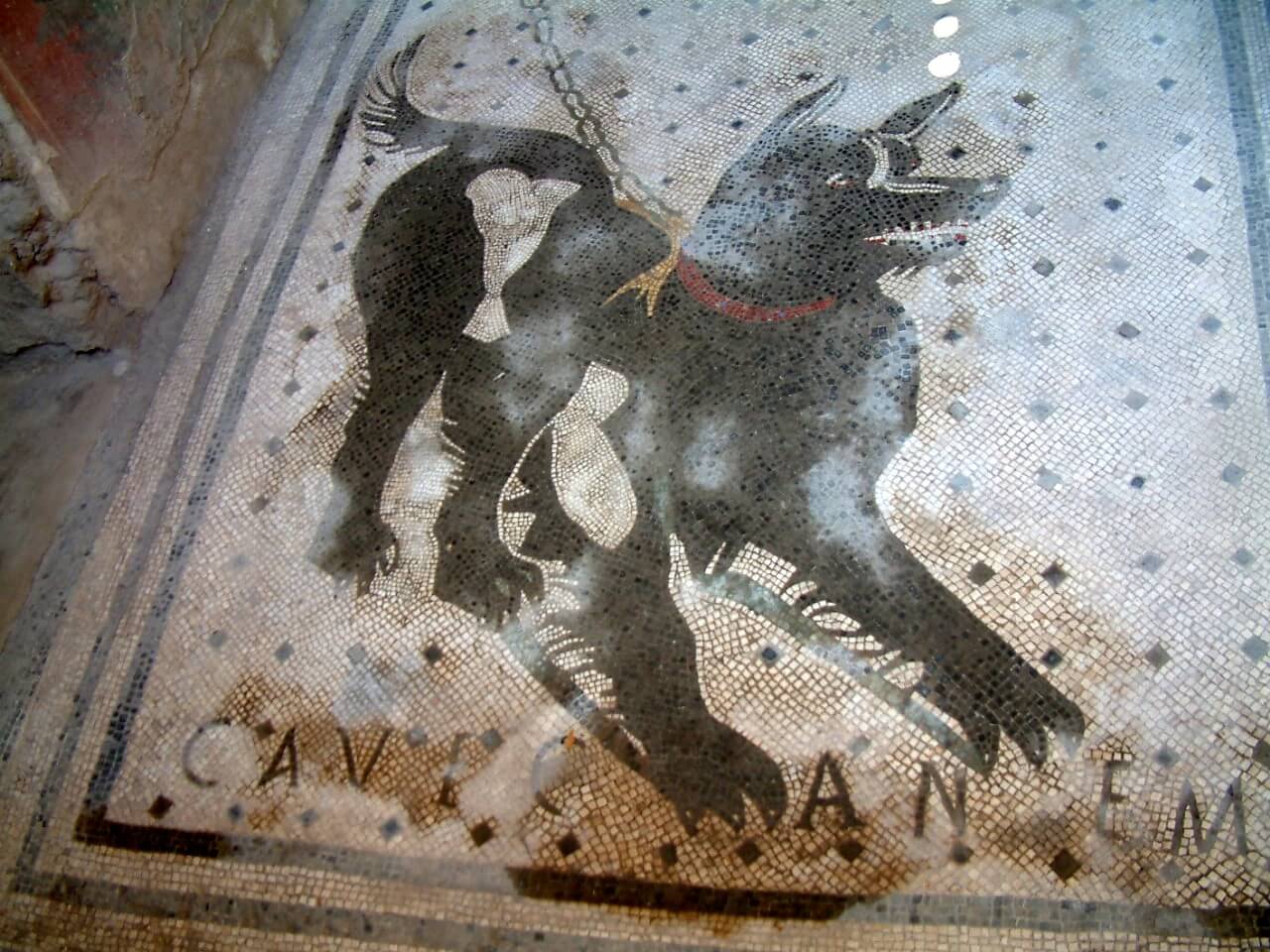 The mosaic can be seen in the House of the Tragic Poet, a Roman home in Pompeii, Italy, dating from the 2nd century BC. The house is famous for its intricate mosaic floors and frescoes depicting scenes from Greek mythology.

Discovered in November 1824 by archaeologist Antonio Bonucci, the House of the Tragic Poet has attracted scholars and writers for generations. Although the size of the house itself is unremarkable, its interior decoration is not only numerous but of the highest quality among other frescoes and mosaics from ancient Pompeii.

Due to the discrepancy between the size of the home and the quality of the interior decoration, many people wonder about the life of its homeowners. Unfortunately, little is known about the members of this family, who probably died during the eruption of Vesuvius in 79 AD.