The Tibetan Terrier is not a terrier, but a small, fluffy herding dog from the heights of Tibet. His open, friendly and playful nature has opened doors and hearts for this dog breed in Europe. The watchful and child-loving companion takes on many tasks today – as a playmate, entertainer, follower, and couch cushion. In short: a lovable dog that fits into many families. 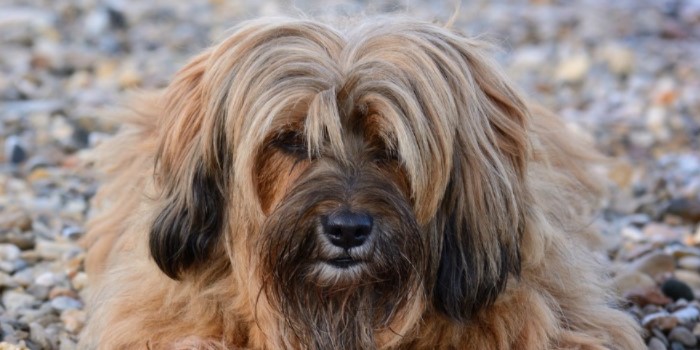 A gift from the heart

Not too much is known about the origin of the Tibetan Terrier. The medium-sized dogs served as watchdogs and herding dogs in Tibet, whose main task was to report dangers. They lived on farms, in temples, accompanied herds of cattle in the mountains, and are still very adaptable and tough. Following a long tradition, these “cuddly dogs” were not sold, but always given away. This is how the first two Tibetan terriers came to Great Britain as a gift from an English doctor. They have been misclassified as terriers, but don’t have much in common with them either genetically or in character.

Nature of the Tibetan terrier

“Always on guard” – this is how you can summarize the watchful character of the Tibetan terrier. His duty as a guard dog is deeply rooted in his genes and ensures that he is always alert to his surroundings. He is energetic, active, and interested in any kind of attention. The fluffy herding dog bonds closely with its people and would like to be there anytime, anywhere. Thanks to its open, friendly nature, the medium-sized Tibetan is a good companion who is welcome almost everywhere. Tibetan Terriers are reserved and wary of strangers without being aggressive. Good socialization in the first few months helps the dog to build up self-confidence and move through everyday life in a relaxed manner.

Training and keeping of the Tibetan terrier 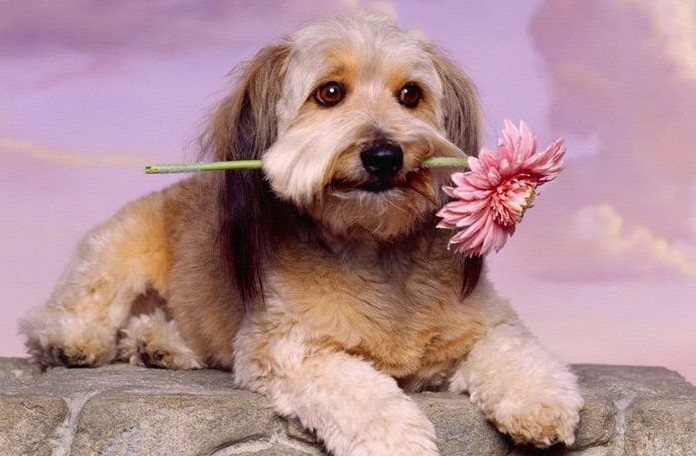 The Tibetan Terrier feels just as comfortable on the sofa as on a long tour through the woods and fields. His great urge to move wants to be satisfied – whether by playing in the garden, on long hikes, bicycle tours, or as a companion dog. He is surprisingly energetic and hardworking for his size but can calm down with age. The herding dog is quite suitable for an apartment if he gets enough exercise and works for his head to compensate. He is enthusiastic about many dog ​​sports such as dog Frisbee, dog dancing, or agility. The main thing is action together with his people – then the Tibetan terrier is in his element.

With all its advantages, the Tibetan terrier must also have a task for its owner: grooming. The silky-soft, long fur should be brushed daily and freed from dirt, burrs, and twigs that have been picked up outside. Your Tibetan terrier needs professional grooming several times a year, in which the hair is thinned out and the ears are thoroughly depilated. Otherwise, they will clog and ignite. You should plan at least two hours a week for grooming their fur and ears. The small herding dogs are considered to be not very susceptible to health and are usually 12 to 15 years old.