In its homeland, the Tibetan Terrier is considered a good luck charm and peacemaker. Find out everything about the behavior, character, activity and exercise needs, training, and care of the 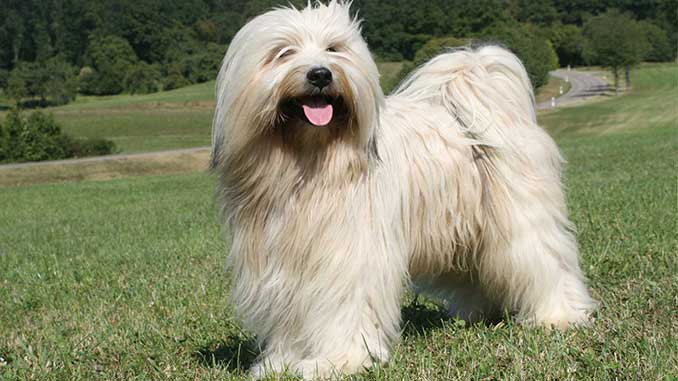 Robust, medium-sized, long-haired, with a square silhouette, resolute expression – this is how the breed standard describes the Tibetan Terrier. Characteristic of him is the long and extremely fine coat, which can come in almost all shades and falls over the dog’s eyes like a cheeky fringe. What you don’t see at first glance: Under this fur hides an extremely stocky and powerful body.

He wrongly bears the name “Terrier”; Rather, he is a real herding dog, whose curly head combines intelligence, charm, and stubbornness into a clown-like bundle of temperaments. So it’s no wonder that his fan base in Germany is constantly growing. The lively Springinsfeld is a lovable family dog, a good guardian but never a brawler. Precisely because of their strong attachment to humans, many Tibis are not very good at being left alone. If he is allowed to accompany, he is completely unproblematic due to his good adaptability.

Tibetan Terriers are ideal for dog sports of all kinds, but are also content with long walks and especially hikes. He prefers steep terrain because the Tibetan Terrier likes to climb and jump around. Tibetan Terriers also love to romp around in the snow. However, they show little interest in water.

He is very docile, but difficult at times: the Tibetan Terrier can sometimes be a stubborn head with pronounced phases of defiance. These come about above all when you confront him with major changes: The Tibetan Terrier is a real creature of habit, he takes “his” walk and feeding times very seriously, he doesn’t like changes at all. In that respect, he’s more cat than a dog. Some people also swear that the Tibetan Terrier understands dialogue and can read minds. To put it less dramatically, he’s a particularly alert dog who wants to show you affection through obedience.

Brushing several times a week is sufficient. The hair should be combed carefully from bottom to top. Fur knots should be removed with sharp scissors. With light fur, dark eye secretion spots can develop. Some breeders advise treating these with baby oil to avoid permanent discoloration.

An original dog with no signs of overbreeding. His health is largely related to the condition of his hair, so grooming should not be neglected. 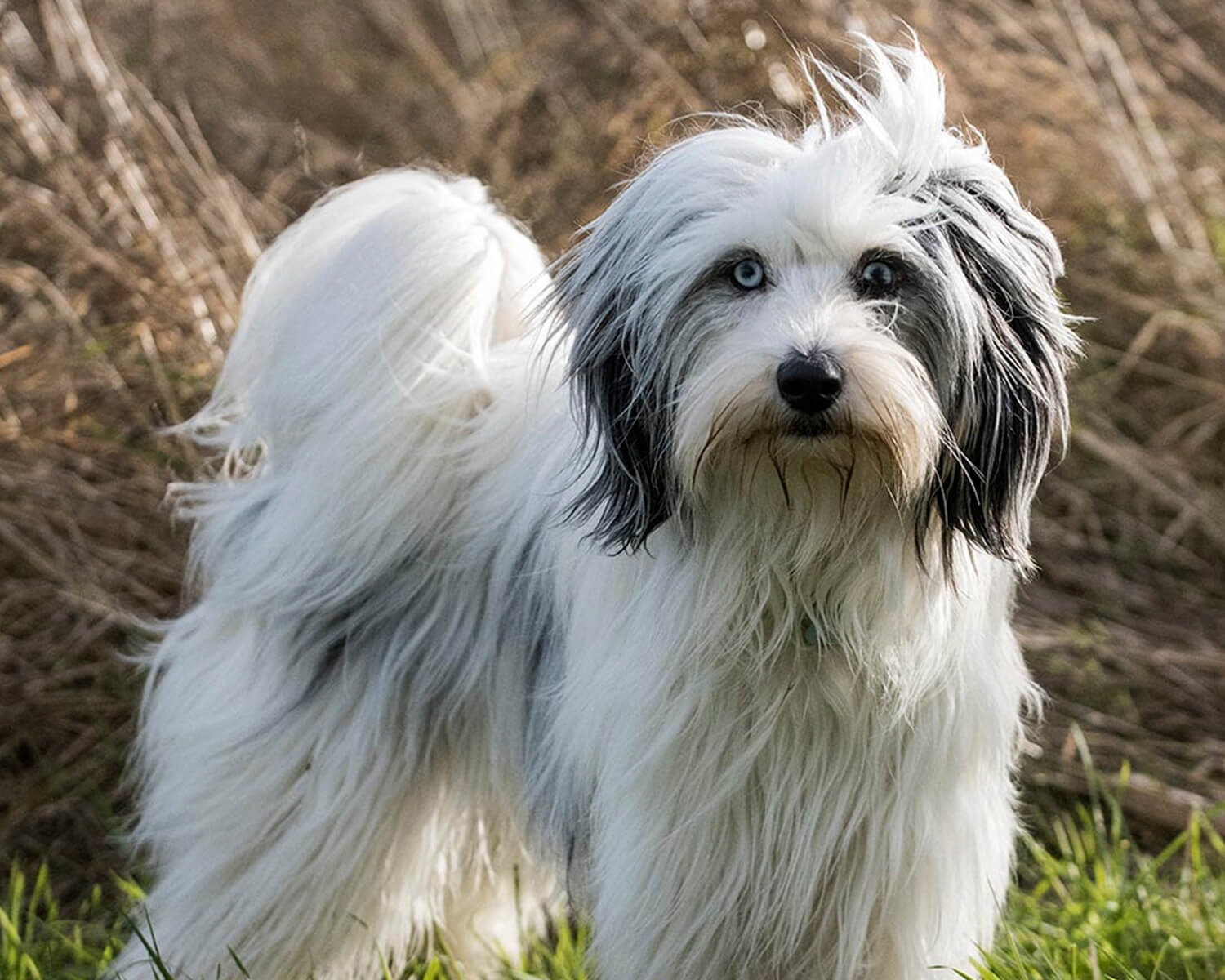 In its homeland, the Tibetan Terrier is considered a good luck charm and peacemaker. For a long time, he served primarily as a companion to spiritual dignitaries. If a “worldly person” was given a puppy, this was considered a special distinction and honor.