The Tosa Inu, also known as the Sumo Inu or Japanese Mastiff, is the largest of the Japanese dog breeds. Outside the island kingdom, the huge dogs are rarely found. The dignified colossus with the patience of an angel is an extremely loyal and loyal four-legged friend who is fond of children and self-confident as a watchdog. 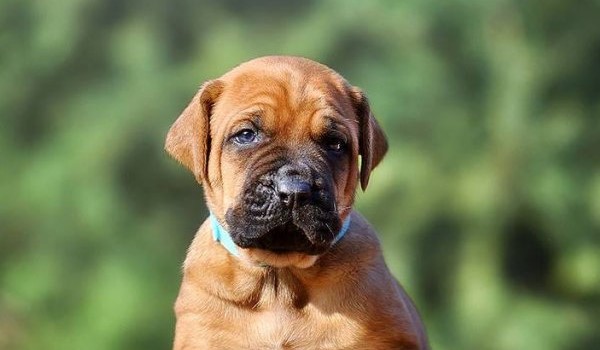 Breed history of the Tosa Inu

Dogfighting was traditional entertainment in Japan well into the 20th century. Unlike anywhere else in the world, the bouts were sumo-style, with large, muscular dogs wrestling each other to the ground without growling orbiting. Accordingly, efforts were made to breed imposing, fearless dogs. The Tosa Inu is a comparatively young breed: A modern dog breed was created in the 1870s by crossing the native Shikoku-Ken with western types such as bulldogs, mastiffs, mastiffs, and pointers. The breed’s name is made up of its region of origin, the city of Tosa in Kochi Prefecture, and the Japanese word for domestic dog – Inu. The breed has been bred in Germany since the seventies, but it is still a rarity.

Despite his awe-inspiring appearance, the character of the Tosa Inu is characterized by good nature, patience, and composure. To trigger the animal’s fighting instinct, blatant triggers are required. The four-legged friend is characterized by an unusual coolness and is, therefore, suitable as a member of the family pack with a good upbringing and socialization. In doing so, he focuses on a reference person whom he faithfully follows. Strangers are studiously ignored.

Today, the Tosa Inu is primarily used as a guard dog. His impressive appearance, paired with his calm and strong nerves, make him the four-legged counterpart of an experienced bouncer. Due to its sheer size and strength, you should have some physical presence and power.

Although Tosa tends to be stubborn, they can be trained well by owners with some dog experience and empathy. You are dealing with a clever and docile animal that follows the human it accepts as the pack leader.

The Tosa is simply too big for a big city attitude in a flat. It is ideal if he has free access to a garden or large area that he can dutifully guard.

The Tosa Inu tends to dominate other dogs. It is therefore advantageous if you already enable young animals to have contact with conspecifics through puppy groups dog schools and regular encounters in the dog park.

Care of the Tosa Inu

Grooming the short-haired dog is simple. The coat should be brushed occasionally. Breed-specific, hereditary health risks are also not known. Due to the size, there is a tendency to hip dysplasia.