A shepherd dog with a brilliant white coat? An albino, a freak of nature? No: A white shepherd dog or Berger Blanc Suisse wears its unusual coat color with a system. For four decades, the white variant of the German Shepherd was frowned upon as a false color by breeders but remained popular with fans of the dog abroad. So the white shepherd dog became its own breed. 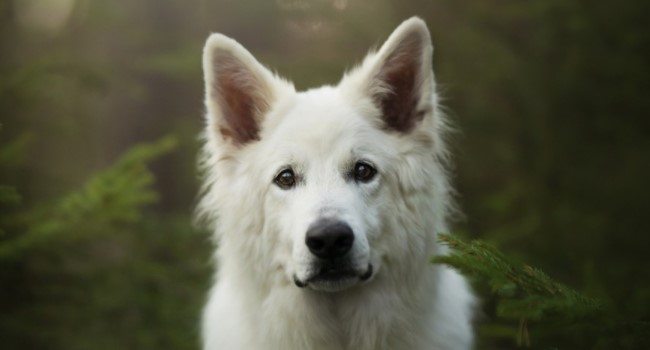 The white color of a dog used to be very convenient: in the dark, shepherds did not confuse their animals with wolves. When systematic breeding of the German shepherd dog began at the end of the 19th century, white and light-colored dogs were also represented in the breeds. In 1933, however, the white color of shepherd dogs has declared an exclusion criterion for breeding. It was assumed that there was a connection between the color change and the genetic defect. In the USA and Canada, the new standard was ignored and the beautiful whites continued to be bred so that the breed was preserved and has been spreading from Switzerland again in Europe since the 1970s. The applicable breed standard was formulated in 2011.

Nature of the White Shepherd Dog

You just have to love him because he is a dog with a lot of heart and great affection. His character is balanced as well as self-confident. A white shepherd dog is initially reserved towards strangers but is neither fearful nor aggressive. The nature of the white shepherd dog is characterized by great intelligence and willingness to learn. He is just as easy to train as his dark relatives. Here, too, the magic words are love, patience, and a treat at the right time. The well-balanced character of the white shepherd combined with his great enthusiasm for work, his intellectual abilities, and his desire to please people make him a top candidate for responsible dog jobs: as a guard and protection dog, guide dog for the blind, or as an (avalanche) rescue dog he finds fulfilling tasks.

Training and keeping of the White Shepherd Dog 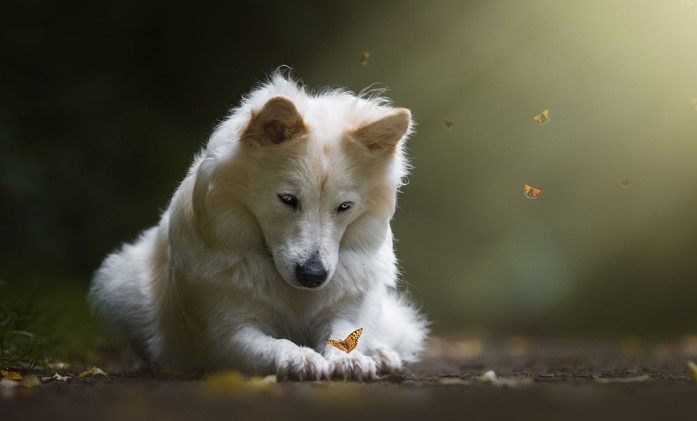 In order to keep a white shepherd dog, you should have dog experience in order to embody a serious pack leader with a consistent appearance and to enforce basic obedience. A White Shepherd Dog is not suitable for keeping in an apartment if it does not get a lot of outdoor exercise or exercise in the garden at the same time. An attitude in the big city is therefore not optimal for the nature-loving dog. The large, agile animal wants to move – if possible at the side of its people. In general, a clever white shepherd dog and its human family form an unbeatable team that goes far beyond a pragmatic relationship between dog and owner. The animal finds meaningful employment in all dog sports. You especially inspire him with games where his nose can be used. If he can also accompany you when cycling, jogging, or horseback riding and can romp in the water, you have a well-balanced dog at your side.

Grooming of the White German Shepherd

You’d think they’d be attracted to dirt, but that’s not the case: despite their snow-white coat, grooming doesn’t require too much effort: a White German Shepherd needs regular brushing. You should plan this every day during the change of coat to remove the loose undercoat. Like all German Shepherds, the White Shepherd Dog is prone to hip and elbow dysplasia. Responsible breeders try to avoid these hereditary weaknesses.