Many would like an Old German Shepherd in the color gray, silver-shadow, or wolf-colored. There are breeders who specialize in this color and breed dogs from old, proven DDR lines.

The old German shepherd dog is a so-called working dog. Its innate protective instinct must be guided in the right direction. For a beginner, this breed is not necessarily recommended as a first dog. 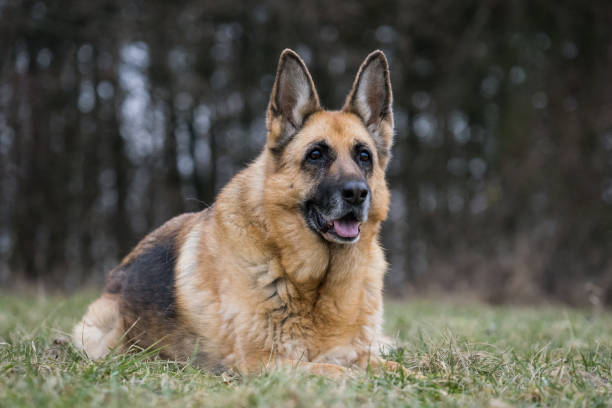 The upbringing must be consistent and carried out with empathy. Violence and loud screaming are not effective. With persistent but loving training, your dog will accept you as the pack leader.

How Old Can an Old German Shepherd Dog Get?

The average life expectancy of the breed is 10-12 years. Exceptions above or below are of course possible.

How Heavy Can a German Shepherd Get?

Where Does the Old German Shepherd Come From?

The country of origin of the breed in Germany.

The difference lies in the length of the coat, which is significantly longer in the old German shepherd dog. In essence, he is a bit calmer with a partially higher stimulus threshold.

In the former GDR, the Old German Shepherd Dogs were not bred for beauty, as in the West, but for performance. He was used as a service dog there. An old German shepherd dog from the GDR line differs optically by the course of the back, which is straight here.

How Much Exercise is Necessary?

Originally, this breed of dog was and is used to drive and guard flocks of sheep. You can imagine how much exercise he gets every day from this task. Two short laps around the block won’t keep the dog busy. He needs exercise and meaningful work. Dog sports such as agility would be a good alternative, for example.

Things to Know About Dog Breeds

An old German shepherd dog is counted among the old German herding dogs. It was mainly used by shepherds in the past, as it had proven to be ideal for working with flocks of sheep.
The shepherds appreciated the reliability of the Old German Shepherd Dogs when herding and rounding up the sheep, but also when encountering wolves.

He likes to be used in the protection dog training and also in dog sports. Not to forget his classic role as a sheep keeper, but his owners also value him as a companion dog.

Rather, it is considered a variant of the long-haired German Shepherd Dog. Nevertheless, the FCI allows the long stick hair type as an independent breed alongside the German shepherd dog. This decision is met with incomprehension by many dog ​​connoisseurs.

Because ultimately it means that these almost identical-looking variants of the shepherd dog are assigned to different breeds. 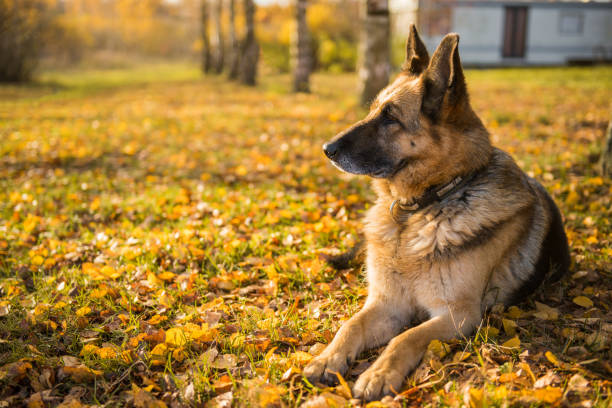 As a result, some breeders founded a new association to preserve the “Old German Shepherd Dog”.

It was not until 2010 that the Association for German Shepherd Dogs decided to reintroduce the breeding license for German Shepherds with long stick hair; however, on the condition that the international FCI must also give its approval.
These include, in particular, the Harzer fox and the undercuts “yellow cheek” and “black” of the old German shepherd dog.

The main difference between the dog breeds is the length of the coat. The old German shepherd has significantly longer hair and a very soft undercoat. The longer fur can be found on different parts of the body, such as B. on the clubs, where it is called “pants”.

There is a real “mane” on the neck, and the hair on the ears and legs is longer and bushier than on the German Shepherd Dog. However, the colors are identical.