Almost every dog ​​from time to time finds a “fragrant treat” during a walk and relishes it with pleasure. The found “treat” is carrion, rotting pieces of meat, spoiled bones, excrement. Naturally, the owner is horrified by such predilections of the animal.

Today we’ll talk about unpleasant situations when a dog eats his feces, that is, coprophagia. By the way, about 17% of all dogs on Earth regularly eat their own or other people’s feces, and about 85% of pets in this from time to time. Consider what makes animals feast on foul-smelling heaps. 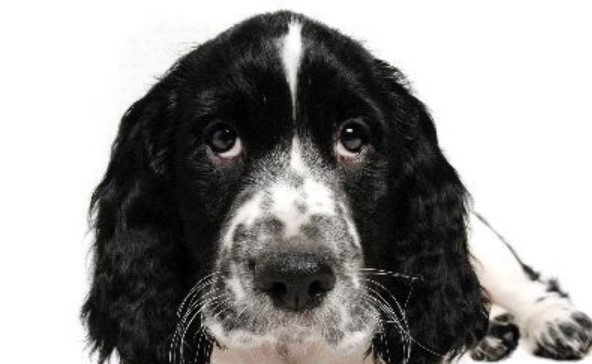 To discourage a pet from an unpleasant habit, you need to find out what is the reason for eating feces. So, the animal is able to eat feces in the following cases:

Why does a dog eat feces?

Mother imitation. When the puppies are still small (less than 1 month old), the mother dog looks after them by eating piles of them. Therefore, the grown-up dogs, repeating the actions of the mother, also eat feces;

Hunger. Sometimes a dog eats feces for the most commonplace reason: she is simply very hungry. Owners who forget to feed their pet may not be surprised that the animal is happy to get enough even with feces;

Genetic memory. Dogs, even the smallest, are inherently domesticated wolves. And in the wild, some individuals (especially weak, young, and fragile ones) eat their own feces so that a strong enemy does not find them by smell;

The search for nutrients. Today, domestic dogs do not need to eat their own feces, but in the past, animals often ate herbivore feces, consisting of fermented greens, to improve digestion. Modern animals do this even now, especially if their diet is poor in nutrients. By the way, in addition to dog feces, pets are able to eat cow dung, cat heaps, rodent droppings. Own feces and even someone else’s can not only replenish the lack of nutrients but also contribute to better digestion of eaten food;

Submission to strong individuals in a flock or in an apartment. Stray animals sometimes eat piles of other dogs to show their weakness. If several dogs live in an apartment at once, and some have a strong dominant character, then weak individuals can eat their feces to demonstrate respect and obedience;

Rivalry with the cat. If a dog eats a cat’s feces, perhaps this is how the animal wants to show who is the real owner in the house. As you know, both dogs and cats often mark their territory, making heaps and puddles. The dog, having felt the “aroma” of cat feces, strive to destroy them (ie eat) as soon as possible, to show that the territory does not belong to the hated cat. When a dog eats cat feces, it can not only compete with another pet but also strive for cleanliness (if he knows that the owner will not be delighted with feces imposed in the wrong place);

Taste preferences. We do not understand this (which is for the better), but sometimes a dog eats his feces simply for the reason that he likes its taste and smell;

Stress. A dog can be unbalanced by anything: moving to a new place, car trip, long absence of the owner, preparation for the exhibition, and the event itself, corporal punishment. Sometimes the dog is provoked to eat feces by its own owner, who, at the sight of an imposed pile, swears a lot, or even beats the pet. It is not surprising that the dog, out of fear, rushes to eat the feces as soon as possible so that the owner does not get angry;

Lack of master’s attention. It happens that a modern busy person does not have time not only for a dog but even for family members. Work, being in transport, conflicts, pressing matters and much more drives a person out of himself, leaving no opportunity and desire for games and affectionate communication with an animal. A dog, in order to attract attention, can eat its own feces, as if saying: “Master, look at what I am going, so that you play with me!”;

Boredom. The dog can simply get bored if it is, even if it is, for a short time, locked in the apartment. It happens that people do stupid things because they have nothing to do, and this is not alien to dogs;

Helminthiasis. If the dog is eating other people’s feces or feces of its own, worms may be the cause. In addition to feces, an animal can show gastronomic interest in other seemingly inedible substances: earth, foam, coal, sand.

What Should the Owner Do if His/Her Dog Eats Feces

What to do if the dog eats feces (his or someone else’s) while walking or at home? Eating feces is not just an unpleasant habit, but also a serious danger, especially if the dog “feasts” on other people’s feces. Who knows, what if an animal swallows the stool of a dog suffering from a viral or bacterial infection, helminthiasis? That is, in some cases, a bad habit can be deadly. So, if the dog eats feces, the owner should do this:

Identify the reason why the dog is eating his own or other people’s excrement. Does the dog stay alone for a long time and eat stool? Perhaps she lacks communication. Is the dog used to eating feces for a cat? This is probably an attempt to reclaim its territory. Knowing the reason for this behavior of the animal, it will be easier to wean the dog from the bad habit;

Review the dog’s menu. Cheap economy food or food from the master’s table, monotonous food is not the best diet for a dog. You will need to identify what the dog is missing by analyzing its menu. Sometimes correct feeding and vitaminization helps to cope with the problem;

You can distract the animal from the habit of eating feces with the help of toys with which the dog will frolic while the owner is busy;

While walking, if the dog spots a pile of excrement, you do not need to scream or beat the animal. It is important to teach the dog commands (“Foo!”, “You can’t!”) And to reward it every time it obeyed the owner and not its own instincts;

To wean the dog from eating the found someone else’s feces, you can take small balls, sticks with you for a walk to distract the animal by throwing the object away from the fetid heap;

In order to avoid eating feces by young individuals, it is advisable not to allow the mother-dog to lick off the excrement of puppies (especially grown-up ones);

When conflicts between a dog and other pets are the reason for eating feces, the owner will have to try to establish, if not friendship, then at least a bad world. Ideally, you need to teach your puppy to other animals in the house from an early age;

Daily contact with an animal can help to overcome a bad habit. Even a busy person can carve out 10-15 minutes a day to play or at least talk to an animal at home. It is not difficult to find out that the dog is suffering from stress or lack of attention: the dog will be apathetic or too agitated, food will cease to interest him, the condition of the coat will worsen;

If the reason for eating feces is some kind of disease (usually this is a disturbance in the work of the stomach or intestines, the presence of helminths), an inevitable trip to the veterinarian. If the dog is vomiting, constipation is interspersed with diarrhea, no appetite, soreness in the abdomen, increased gas production, bloody spots in the feces, you need to go to the clinic as soon as possible;

When your dog eats feces at home, stern conversation with the animal can help cope with the unpleasant habit. You should calmly (without shouting) look the dog in the eyes, saying threateningly: “You can’t!” It is important to have an educational conversation as soon as the dog has eaten the feces, not in an hour or a day after the mistake.