The Beagle Pit Bull Hybrid Puppy, also known as the Beagle Bull, is a rather unusual mixed breed unlike other pit bull mixes, but it is an intriguing dog that turns out to be a rather adorable puppy. While you can find this breed from a breeder who is specifically dedicated to creating cross-breed designer dogs, you can also find it at your local shelter or rescue service.
He is a cheerful medium-sized dog with enough energy to keep you on your toes but also loves lazy naps during the day, so he is a well-balanced dog that will fit in most families. He is generally a healthy dog, but be sure to keep an eye on how he eats, as he is known to turn into a pig puppy rather quickly if left on his own. 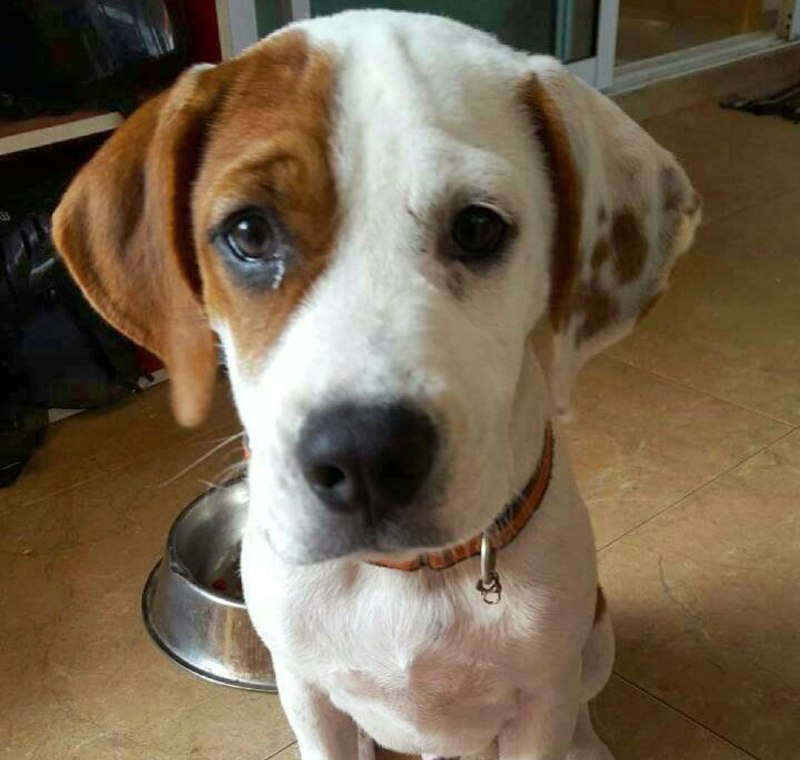 The Beagle’s origins are relatively unknown, which is quite rare for an established purebred dog. It is generally accepted that the Beagle comes from England and that its ancestors date back to 55 BC. e. Beagles became popular with English nobles and hunters in the 16th Century, and they were mainly used to hunt hares and other small mammals. His skillful nose allowed him to become one of the most popular hunting dogs, but unfortunately, he became the second best when the arctic fox appeared as he was much faster. But for those who could not afford a horse, the Beagle was preferred because they could follow it on foot.
The Beagle spread its canine wings and it arrived in America towards the end of the 19th Century. He got along with the American hunting community as soon as he landed, as he did with the English gentlemen. Ranked 6th most popular dog breed in America by the American Kennel Club (AKC) in 2019, he is the favorite dog of celebrities like Miley Cyrus and Meghan Markle. Beagles are extremely popular as designer dogs. 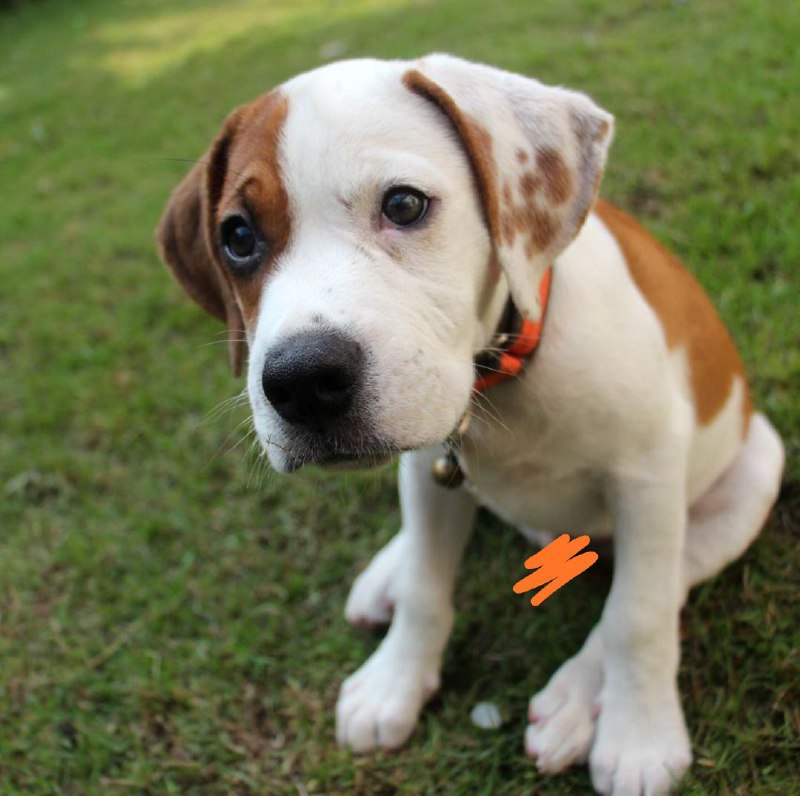 The American Pit Bull Terrier was produced in America, but technically its roots also lie in England. Terriers have been crossed with bulldogs to create the perfect fighting dog. Then their puppies were called a kind of bull terrier, and the word “pit” was added because they were placed in pits with hundreds of rats, and the dog that killed the most rats in a given period of time was declared the winner. They were taken to America in the 19th Century, and it was here that the largest and strongest fighting dogs were bred, and a larger line was born, called the American Pit Bull Terrier.
His fighting history unfairly earned him a malevolent reputation, but when wrestling was also banned in America, his camaraderie traits soon emerged and the friendliest American pit bulls were bred. While in the ring, they were trained to behave aggressively towards other dogs, but as soon as their owner enters the ring, he will know not to attack him, and it is this closeness to people that reigns supreme today. There are several breeds that fall into the Pitbull class, but in fact, there is only one APBT.
Now he is misunderstood and hated by many a dog, but loved by those who know his real personality and he is a very beloved family pet. 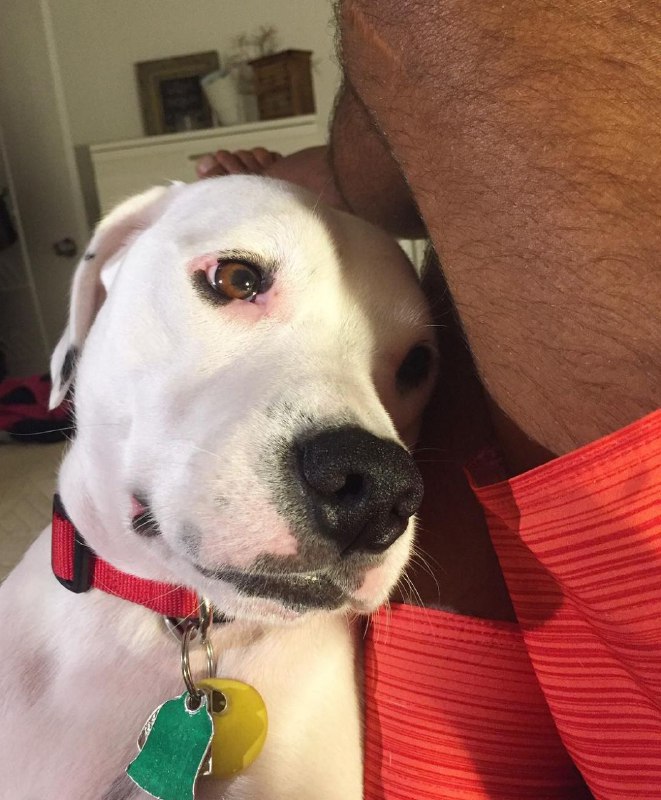 The Beaglebull hybrid dog is a relatively new guy on the scene and is believed to have come from America for the past two decades. Apart from this fact, relatively little is known about him. His parents are very different from each other in many ways, but it is true that opposites attract and this is when the best things in life are created, and this is very true of the Beagle Bull.
You can expect a cheerful and cheerful dog who is energetic and loves to participate in all family games. The Beagle is described as friendly, cheerful, and curious, while the American Pit Bull Terrier is described as confident, intelligent, and good-natured, so the Beagle would be a delightful combination of these characteristics. Just keep in mind that with any mixed breed puppy it is not guaranteed which characteristics it will inherit, so while this article describes a typical Beaglebull, the characteristics of the puppies may vary slightly even within the same litter. 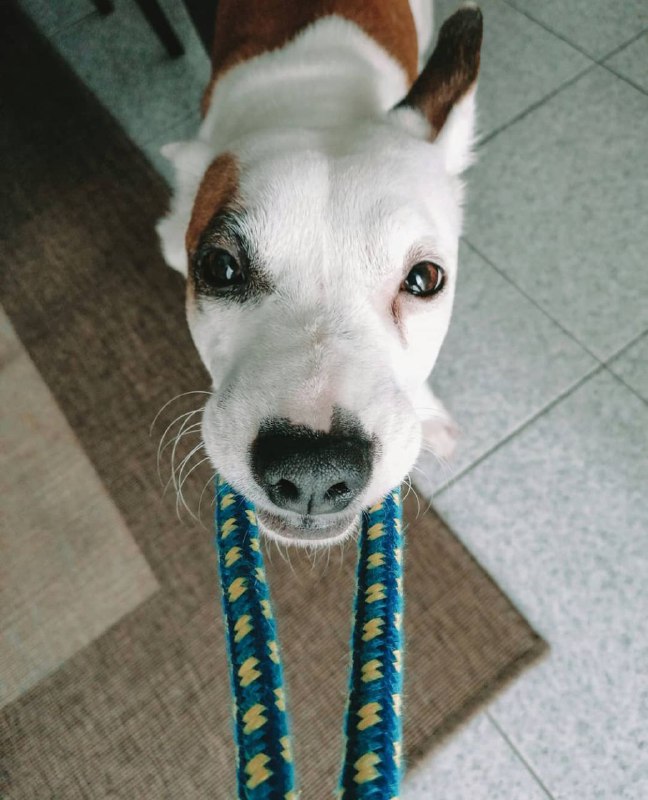 Beaglebull is a sociable guy with a fire in his stomach. His fierce Pit Bull energy and Beagle’s hilarious mischief make him an energetic little guy full of fun. He is also very affectionate with his human family and will jump on your lap without hesitation and snuggle into the sunset.
While many people think that the American Pit Bull Terrier is alienated from strangers and therefore an excellent guard dog, this is far from the truth. He’s a sweet guy and given his parents Beagle’s friendliness and indifference to strangers, it’s no surprise that Beagle is just as friendly. For this reason, it makes a terrible guard dog, so if this is the characteristic you are looking for in a dog, you should consider another hybrid altogether.
At the same time, if the Beaglebull inherits the trait of his parent Beagle, barking at everything, he can inform you that a stranger enters the estate, but then continues to play with them. His barking can also be a sign of boredom, so if you find him making a lot of noise, you may need to practice a little. However, with all the thousands of videos on the Internet showing his siren or musical instrument impressions, his howl makes him interesting, too, unless your neighbors mind! 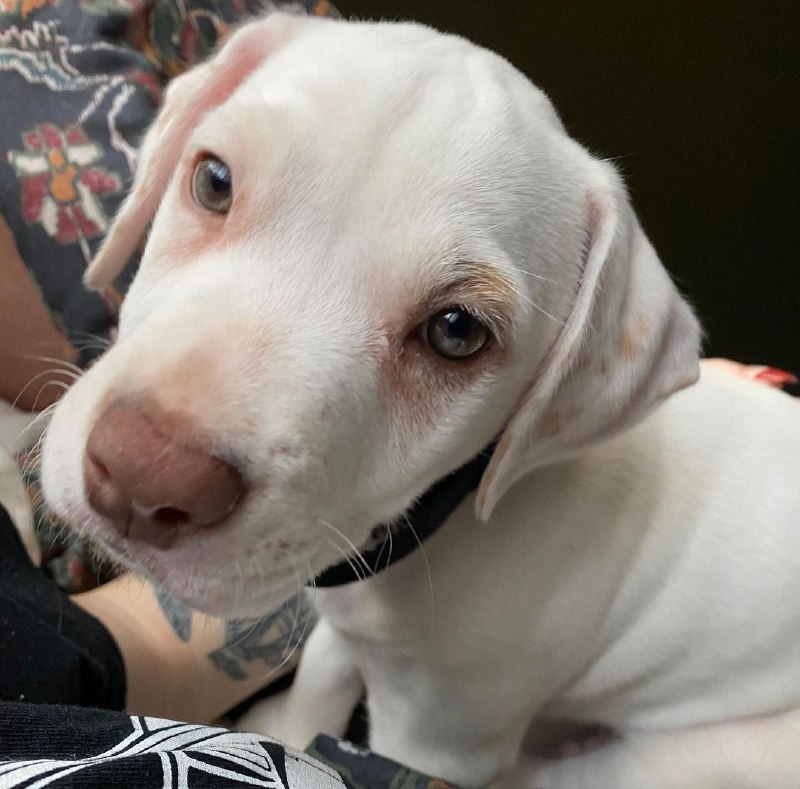 The average height of male and female Beaglebull is 18 to 20 inches from paw to shoulder, and they will weigh between 30 and 40 pounds and are therefore considered a medium-sized dog. In addition, because his parents are very different from each other in appearance, the appearance of their puppy products also varies, and sometimes even in the same litter.
They will often have a fat and muscular physique similar to their American Pit Bull parent, but with a friendlier appearance than a Pit Bull. As a puppy, he may have a few wrinkles and folds in his skin, but these will fill up over time as his body grows into them. It is likely that he, too, will have floppy and beagle puppy ears with large round eyes, which should be dark in color, but sometimes light blue. 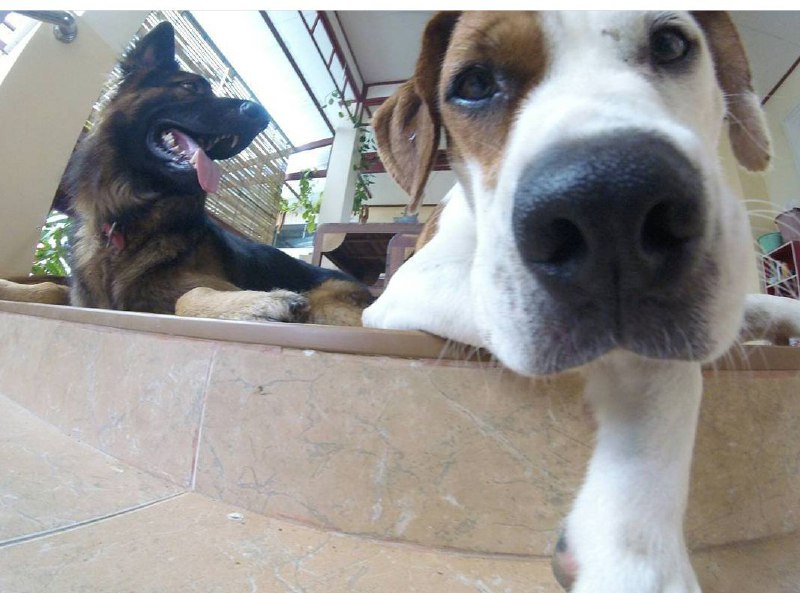 His coat will be of a short length and will be smooth to the touch with a shiny sheen. His coat is double layer and he will shed over time.
The color of his coat will, of course, depend on the color of his pit bull parent, as the beagle color is standard, but it is likely that he will sport a brown shade with something like white spots on his body, like a Beagle. The Pitbull Beagle Mix is ​​a medium to high energy dog ​​that will require an average of 60 minutes of exercise every day. Since both of his parents are smart, they would appreciate doing various activities throughout the week; a walk through the woods will satisfy the nose of the hounds, and the dog agility course will satisfy the energy and vigor of the Pit Bull. In between workouts, he would also like an interactive game or two with his family to keep his mind busy.
The Pitbull Beagle Blend is an adaptable dog who will do well in any medium-sized home, be it a backyard home or apartment. Of course, if you live in an apartment, it will need a little more outside exits, both for toilet breaks and fresh air.
The Biglebull is a live dog, as both of its parents. Because of his high hunting instinct and incredible scent that picks up a scent from miles away, it is recommended that he should not be let off the leash because you can never get him back.
He is a friendly dog ​​that is suitable for families with children, whether smaller or older. Due to the fact that his Pit Bull parent was close to children, hence his nickname “nanny dog”, Biglebull is known to have the same affectionate qualities.
While a Pit Bull can show fear aggression towards other dogs, this is usually limited to dogs that have not been adequately socialized as a puppy, and if you make sure he is socialized, the Biglebull should be good with other animals in the family home. Just remember to arrange a safe pre-meeting and if all goes well it will surely fit into your multi-pet household. 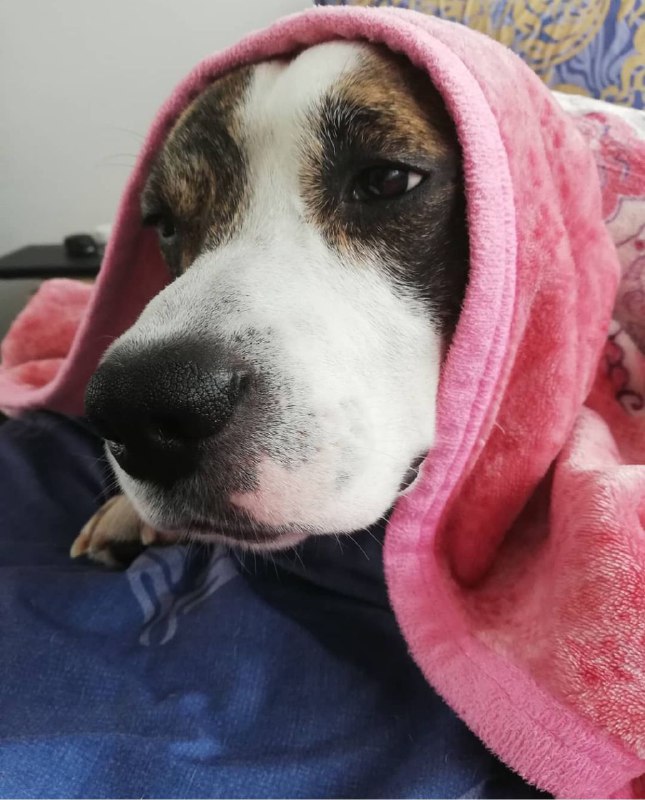 The Pitbull Beagle Mix is ​​a generally healthy dog ​​with a lifespan of 11 to 15 years, which is about the same as that of its parents. Of course, while he is a mixed breed that benefits from a broader gene pool and is slightly healthier, he is still prone to certain health problems.
Since he is a relatively new hybrid and also rare, he does not have breed standards and officially recommended tests, so we look at the health of his parents to show us the right direction for what he will do. be predisposed to.
It is located in Elbow and Hip Dysplasia, which is an abnormal formation of affected joints and can ultimately cause pain when walking and paralyze arthritis. The Beagle, with its large, hanging ears, is prone to ear infections, so the Beagle will also suffer from them. Beagle is prone to Musladin-Syndrome, which is a genetic mutation specific to hounds and has dense skin. It would also be prudent for Biglebull to go through an Ophthalmologist Evaluation to check for conditions such as progressive retinal atrophy.
Pit bulls are very healthy dogs with few health problems, but one of their main concerns is skin allergies, and a large percentage of their population suffers from this, so it is likely that the Biglebull will do. This usually causes irritation and discomfort, which can be managed with medication prescribed by your veterinarian. The Pitbull Beagle mix with its high energy consumes an average of 2 cups of food per day, depends on its activity level and size, and should be fed high-quality foods designed for medium-sized, high-energy dogs.
As previously mentioned, he is likely to be partial to a snack or ten, so don’t let his puppy dog ​​eyes fool you into thinking he needs more because he doesn’t! Obesity is a problem with the Beagle, and it is likely that Beaglebull will be no different. Be sure to feed your child with age-appropriate food that matches their calorie requirements. 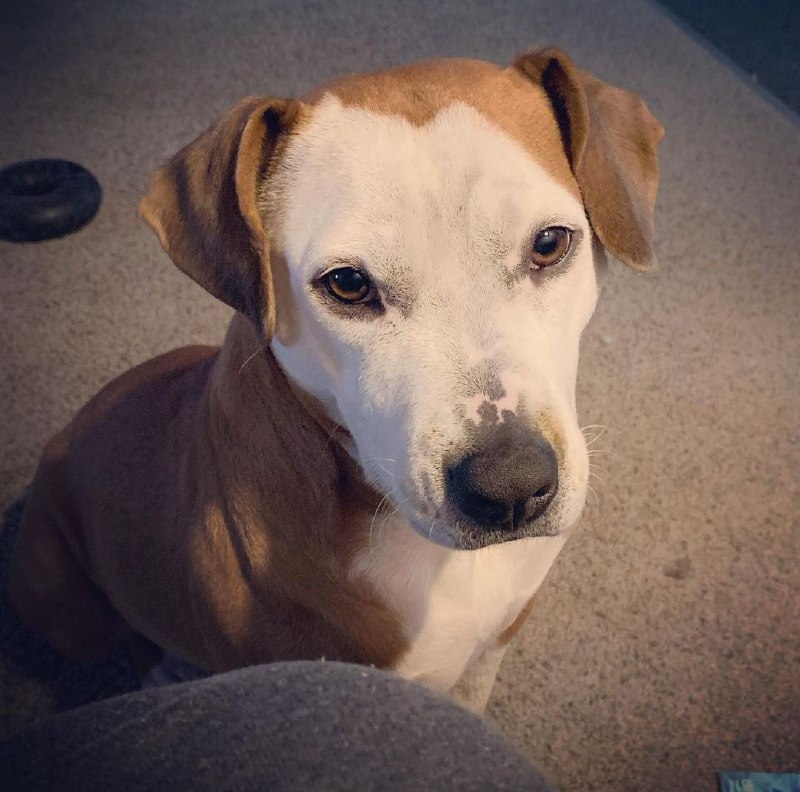 The Beaglebull has a short coat that requires minimal cleaning and maintenance. A comb once a week will remove dead hair and keep his coat shiny and healthy. It should be bathed once every two months or so unless it gets very dirty and with its predisposition to skin allergies, it should be washed with dog products specifically formulated for sensitive skin.
The Beaglebull’s ears should be checked and cleaned once a week to make sure they are kept clean and that wax does not build up and to prevent infections. All other grooming requirements, such as cutting nails and brushing teeth, are the same as for any other dog. 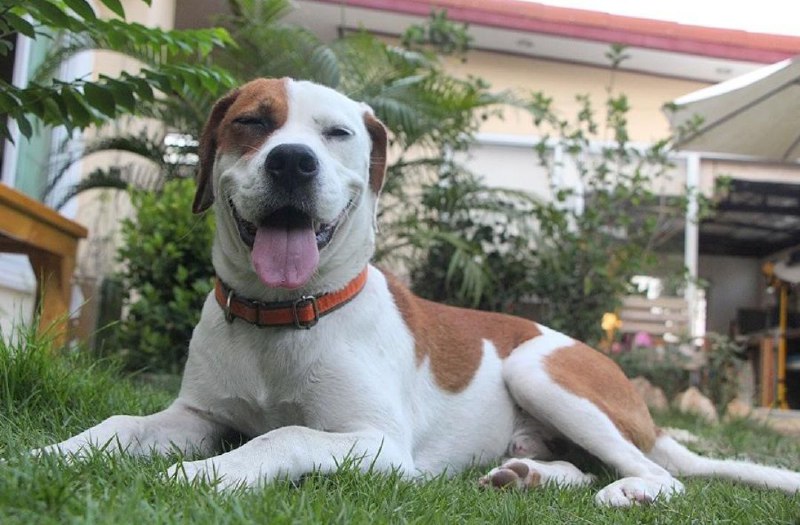 Beaglebull is a fun guy who loves children, so he will make the perfect pet! As long as he is well socialized from an early age, he will not exhibit the aggressive behavior of fear that he might inherit from Pitbull, so not only will he be a well-bred puppy, but will also fit perfectly into a multiplayer environment. pet.
He needs about 60 minutes of exercise a day and doesn’t like being left alone for hours on end, so while you and your family are active and there is someone who can spend most of the day with him, or at least spend an hour with him. during your work lunch break, then it will happily fit into your life.