Chihuahuas are the smallest dogs in the world. Ever since girl Paris Hilton popularized her tin cables on TV in the early 2000s, everyone has known about the “handbag pooches.” However, responsible owners should not treat their dogs like toys! You can find out what the fat dwarves are capable of and how to choose dog-friendly puppies in the guide.

External Characteristics of Chihuahuas: Unmistakable Dwarfs with a Round Head

Chihuahuas can be recognized at first glance by their body size, large eyes, and round head shape. Chihuahua mix dogs are also often very closely related to the Chi since the special characteristics are strongly enforced in genetics. Specific sizes are not specified in the breed standard. Precise information is given on the weight: 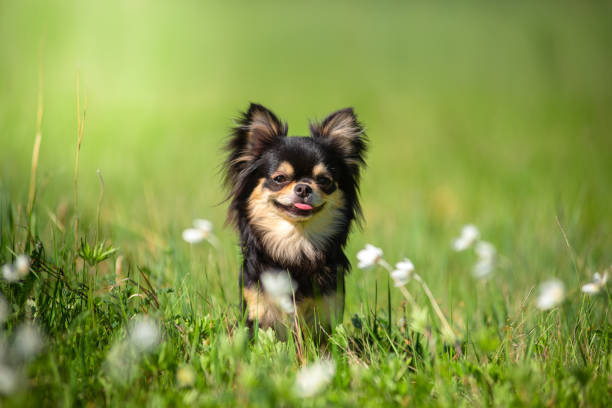 Breeders and keepers prefer different types of breeds that are not officially recognized. In the FCI standard, a distinction is only made between short-haired and long-haired Chihuahuas – among breeders, there are seven (some distinguish up to 13) different types that relate to coating, color, and body shape:

The breed standard in detail

Coat types and colors: Everything is allowed 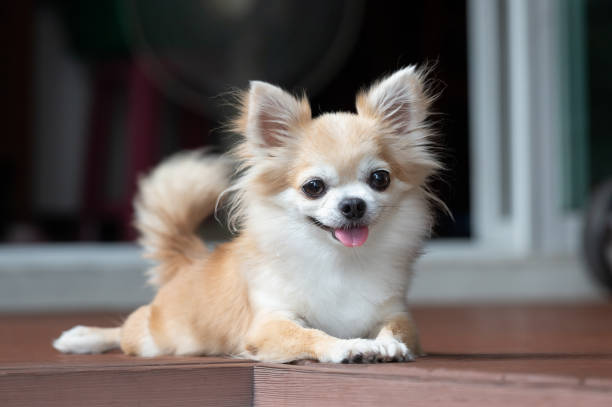 Aside from hairless and merle, no colors are excluded by the breed standard. Some colorations are more common than others in both longhair and shorthair.