The French lion was named for its fancy hairstyle, which resembles a male lion’s mane. However, the head of hair does not grow naturally in the lion form, but the hind legs are shaved (unlike the Chinese Crested with a natural tuft) and the hair is cut into shape. Without the fashionable haircut, Lowchens are easily confused with Havanese, so let’s take a closer look at the breed

Contents hide
1 Characteristics of the Lion
1.1 The unmistakable silk fur
1.2 Luxury dogs ​​in all colors
1.3 Patterns
1.4 The lion cut: what does it look like?
1.5 Differences between similar breeds
2 The Story of the Medieval Luxury Dog: Always an Eye-Catcher
2.1 Family member and status symbol in one
2.2 Already knew?

Characteristics of the Lion

Like all Bichons, Lowchens are square and small in build. According to the breed standard, the body length corresponds approximately to the height at the withers. Sizes between 25 and 36 cm are allowed, and 26 to 32 cm are considered ideal. The ideal weight for males and females should be around 6 kilograms. 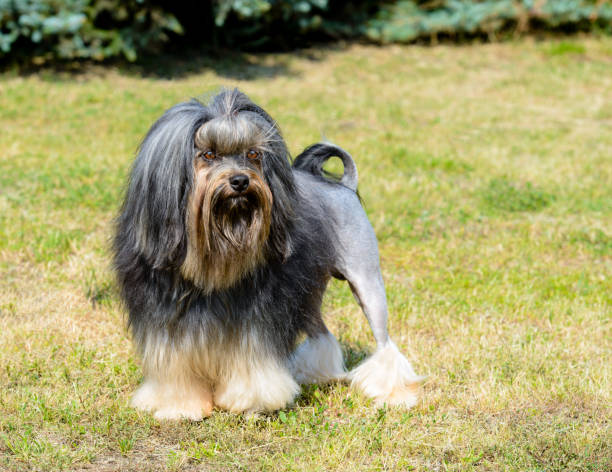 The silky fur is smooth and grows long all over the body. Ideally, the coat color on the ankles should contrast slightly with the body color (white, cream, or yellow), leaving little white socks when the lion is cut. No undercoat grows under the silk fur, which is why it is particularly soft, and extreme temperatures make the Lowchen more difficult than breeds with stick hair.

Luxury dogs ​​in all colors

All colors are permitted, but some colors are more common and preferred for inbreeding:

In dog shows, this breed is only presented with a lion cut. The rear half of the body is shaved short, leaving small flags on the ankles long. The base of the tail is also shaved, but the tip of the tail remains hairy.

The Story of the Medieval Luxury Dog: Always an Eye-Catcher

Lowchens are one of the Bichon dogs that were kept at the courts of the rich and powerful in the Middle Ages and traded and given away across Europe. The oldest depictions of bichons with a lion cut date back to the 13th century. Since they could be confused with some other long-haired companion dog breeds unshorn, the cut served primarily to distinguish them from Asian monastery dogs and long-haired bichons.

Family member and status symbol in one 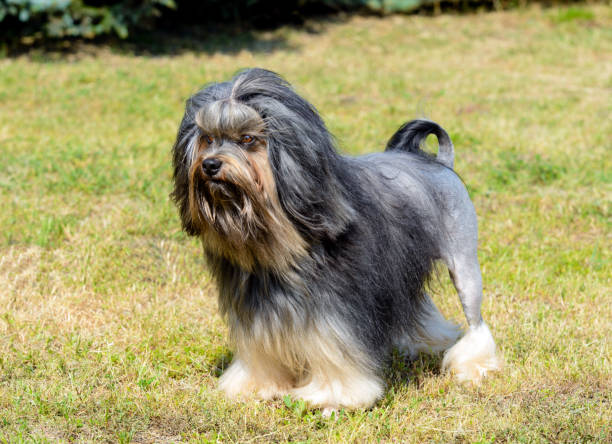 Lowchen have always accompanied women in the upper class and are still traded very expensively today. In the Middle Ages, owners liked to have their portraits taken with their little lions. They are one of the rarest breeds in the world: in the 1960s there were only around 40 specimens worldwide, but the population has since recovered slightly. Nevertheless, hardly more than 100 puppies are born a year, which are in great demand internationally and cost around 5,000 to 10,000 euros if they are well-bred.

The name “Löwchen” is also used internationally, as the dogs were also very popular in Germany and were only traded here for a long time. Many German Lowchen was exported abroad, where they are usually called “Lowchen” for convenience.