Externally, the Italian mastiff resembles the ancient fighting dogs of the Roman elite in many respects. In the media, she is usually portrayed with cropped ears, which gives her a militant appearance. Docking is strictly forbidden in Germany and the dogs wear their natural floppy ears. Here you can find out how to get hold of a puppy of the rare breed.

Contents hide
1 Distinguishing Characteristics of the Italian Mastiff
1.1 The Italian Corso dog from head to tail
1.2 These color combinations are allowed for inbreeding
1.3 Colors in the Corso dog
1.4 Small blemishes
2 Typically Italian
3 Calm Yet Alert: The Nature and Character of the Italian Corso Dog
3.1 A list dog as a family dog?

Distinguishing Characteristics of the Italian Mastiff

With an average height at the withers of 60-64 cm for females and 64-68 cm for males, the Cane Corso is one of the larger mastiffs. Depending on its size, it weighs between 40 and 50 kilograms. Like other Molossians, he is strong and stocky but displays a certain elegance. Most Italians know him in black or gray, but lighter coat colors are also bred.

The Italian Corso dog from head to tail 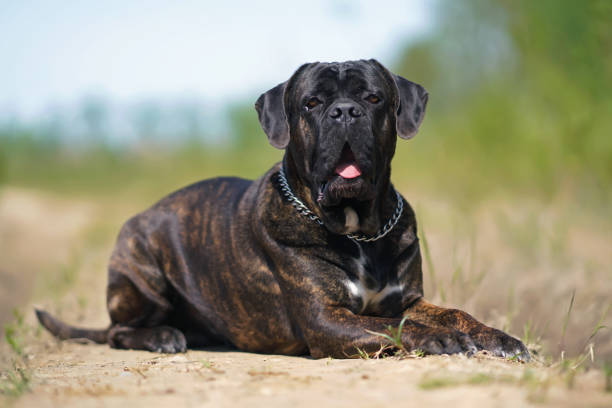 These color combinations are allowed for inbreeding

The skin of the Cane Corso is not too loose and hardly forms wrinkles. It is very thick and durable. A fine layer of undercoat forms under the short, smooth coat.

Colors in the Corso dog

Excluded from breeding are animals with small “blemishes” that are completely irrelevant to owners without breeding plans. Such puppies are usually a bit cheaper than the FCI-compliant four-legged friends but are in no way inferior to them. The most common errors are:

Outside of Italy, conscientious watchdogs are rarely found. Molossers of this type have been bred in Italy since the 4th century and used for battue, among other things. In the 1980s, the southern Italian dogs were almost forgotten – today’s stock goes back to a few specimens that were deliberately propagated from 1983 by the newly formed Società Amatori Cane Corso breed club. The Corso has been listed as an independent breed in the FCI since 1996.

Calm Yet Alert: The Nature and Character of the Italian Corso Dog 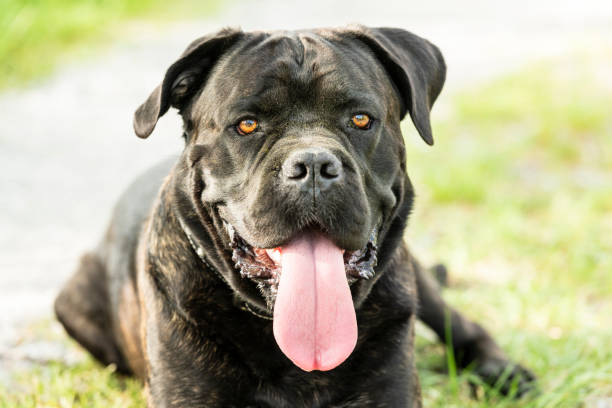 Because of their pronounced protective and guard instinct, the Italian Corsos have listed dogs in some federal states and may only be kept under strict conditions. When raised well, they become loyal soldiers, fiercely protective of people, pets, and property, and quiet and love within the family. They are fearless and indifferent to strangers unless they pose an obvious threat.

The Italian Mastiff can be kept in the family without any problems if it enjoys a good education as a puppy and is allowed to carry out a meaningful task in the house. The most important rule for guard dogs with potential for aggression is: They are not for beginners! Only owners who are experienced in dealing with large dogs and who prevent undesirable behavior without jeopardizing the relationship of trust can train a Cane Corso to become a family dog.