If your dog licks its paws, it doesn’t have to mean anything alarming at first. Just like the rest of the body, dogs groom their paws with their tongues. However, if the behavior gains the upper hand, the cause must be urgently sought.

Licking a dog’s paws is completely normal behavior and is part of personal hygiene. It becomes a concern when licking becomes excessive and rampant. Here it is important to recognize the difference between normal behavior and a behavioral disorder. In the latter case, either a physical or a psychological cause can be the reason. 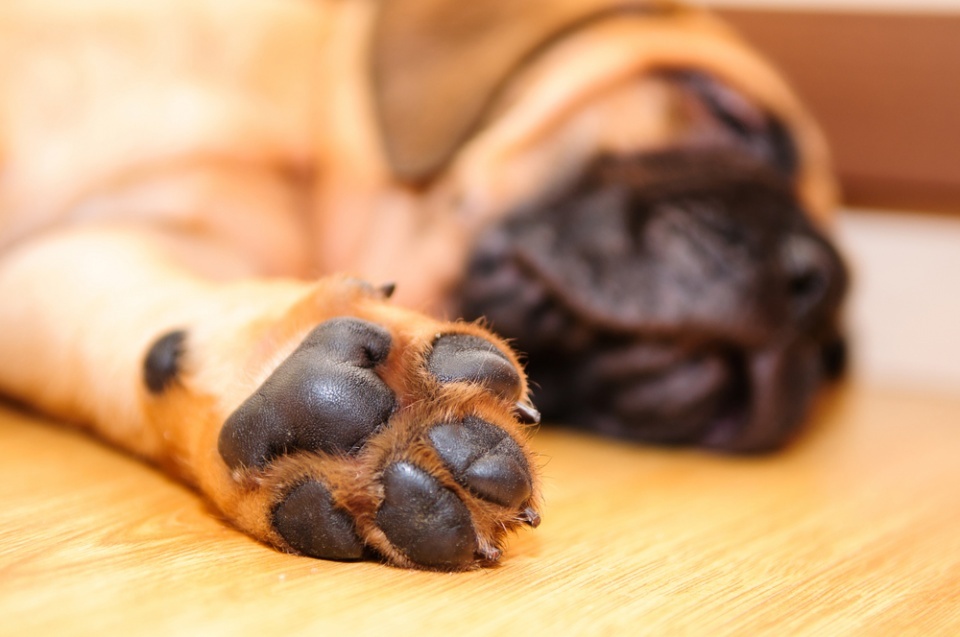 When dogs lick their paws, it can be part of their daily grooming routine. If this behavior is excessive, be sure to check your dog’s paws. It is not uncommon for foreign bodies or illness-related causes to be responsible for the behavior.

If the dog’s claws become too long, they interfere with the dog’s normal musculoskeletal system. Normally, claws wear off by themselves with the daily walk, which keeps them short. But especially with old or sick dogs that can no longer move as much, this natural clipping of the claws is no longer necessary. In extreme cases, the sharp ends of the claws can even dig into the pads and cause wounds. To rule out this cause, you should check the dog’s paws and check whether the claws are the reason for the behavioral problems.

If excessive licking occurs after a walk, there is a high probability that a foreign object between the pads is responsible for the licking of the paws. Often there are small stones, sharp branches, a thorn or simply dirt that has collected between the paws. It’s the same for the dog as it is for us when we have a stone in our shoe. To prevent pressure points or open wounds from forming, the paws should be examined prophylactically after every walk. Especially owners of dogs with long fur will know this problem. Here it can also help to shorten the fur between the pads with thin scissors. This reduces the chance of dirt or other debris getting caught or the fur clumping.

If we cut our finger lightly, we tend to lick it to stop the bleeding. Dogs do the same. If you discover an open wound on your dog, it not only has to be disinfected, but also bandaged well.

Sometimes the cause of excessive paw licking can be quite small. Two millimeter small biting lice, ticks, a mite or fungus infestation are enough to drive our dog crazy. If these nest between the paws, it can cause itching. The constant pressure that arises when running on the paws also irritates the skin.

So check carefully if there is a tick on the paws or if the skin on the paw has a rash. In this case, you should go to the vet. In summer, there is also a high probability that the dog has stepped on a bee while walking or playing. An insect bite can then be recognized by a warm swelling and a trembling paw. Be sure to check whether the stinger is still in the paw and remove it if necessary.

If all the causes mentioned so far have been ruled out, the dog may be suffering from an allergy. This can be caused by a cleaning agent used for the floor.

If all physical causes can be ruled out, that’s reassuring news. However, this also means that the search continues and that a psychological reason is probably responsible for the behavioral problems.

Whether barking, turning in circles or biting the grass – many dogs tend to skip actions. Excessive licking of the paws may be part of this. In this case, the dog feels stressed and doesn’t know how to behave and looks for an outlet in one of the behavior patterns mentioned. This can often be observed during training, when owners teach their dog a new trick and they don’t know what to do at the beginning. Small training steps, breaks and lots of praise help here so as not to overwhelm or frustrate the dog. Targeted training with a dog trainer can also help with skipping actions.

Dogs that are not physically and mentally challenged in particular tend to get used to annoying behavior out of boredom. Licking may be part of it. Here it is not enough to send the dog into the garden for half an hour or to walk the same route day in and day out. The owner is actively asked and has to deal intensively with the dog. Search games, learning new tricks or exploring new walks can all be part of it. Variety is not only good for the owner, but also for his dog. Because only a mentally and physically stressed dog is a happy dog.

Tips for caring for your dog’s paws 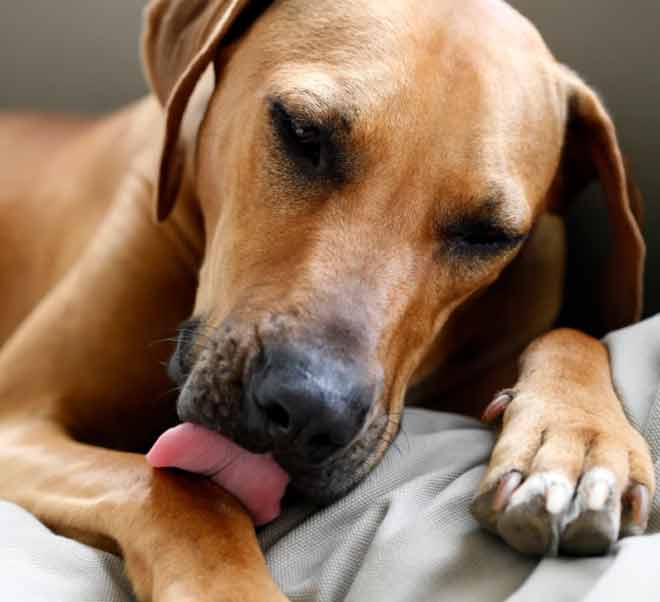 In order to be able to easily examine the dog’s paws in an emergency, it is advisable to get the dog used to feeling the paws from an early age. With these simple tips, trouble-free paw care succeeds:

If the cause of the excessive licking of the paws has not yet been clarified, forbidding the dog from the behavior will not help. Treatment can only begin after a diagnosis has been made.