The Dogo Argentino is a hunting dog by nature. Intrepid and assertive, that’s how the character can be described.

The Dogo Argentino only belongs in responsible hands. Under no circumstances should the Dogo Argentino be “armed”. He has a dominant character, which can be unpleasantly noticeable when meeting fellow dogs of the same sex.

When choosing a puppy, you must make sure that it is a reputable breeder. Anything else would be negligent! Training requires expertise in handling such a powerful and dominant breed of dog. Empathy and assertiveness are required here from the dog owner. 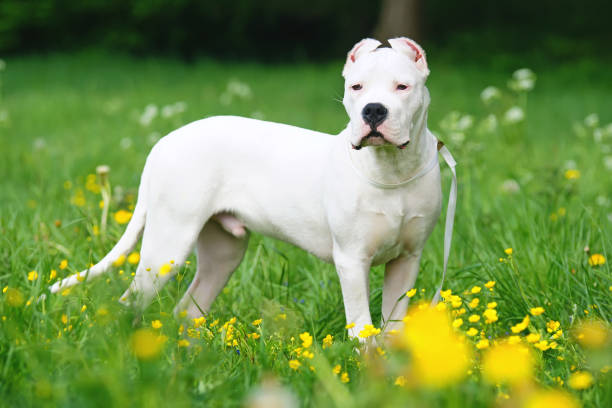 Properly raised, the Dogo Argentino is affectionate and friendly towards his family. He is usually reserved to uninterested with strangers as long as he doesn’t see them as a threat. He will consistently protect her in case of a threat. The deeply rooted protective instinct must therefore under no circumstances be encouraged!

Profile of the Dogo Argentino breed