The male Epagneul de Saint-Usage varies in shoulder height between 45 and 53 centimeters. The bitches reach 41 to 49 centimeters. The weight of the four-legged friend is between 13 and 23 kilograms.

The Epagneul de Saint-Usage is a spaniel from the Bresse countryside in eastern France. Between the province of Burgundy in the west and the foothills of the Jura in the east, the ancestors of the small pointing dogs have been described since the 16th century. Here is the village of Saint-Usage, which becomes part of the breed’s name. The Epagneul de Saint-Usage is currently not listed in the FCI nomenclature. However, the breed has been nationally recognized by the French umbrella organization since 2003. 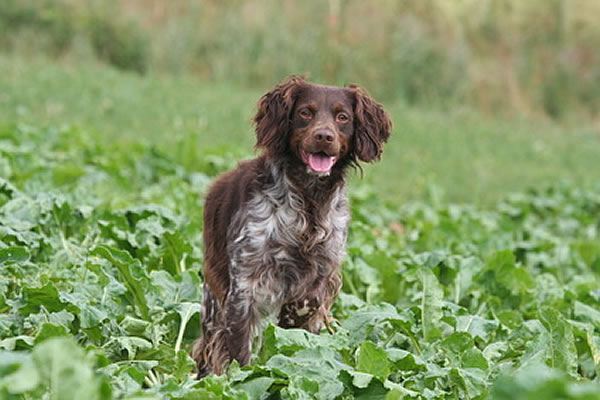 The Saint-Usage Spaniel almost disappeared after the Second World War. It is thanks to the persistent efforts of committed breeders that the excellent hunting companion can experience a renaissance.

The similarities to the small Munsterlander from Germany are striking. This may explain why the French are rarely found in Germany. Furthermore, most breed representatives live in their home country, Germany, and they have been represented since 1994.

The coat has grown slightly wavy and medium-long. It is shorter on the head but has feathers on the legs. The same applies to the rod. The coat of the smallest of the French pointers is relatively undemanding. It requires regular brushing.

The fur color is two-tone. The white ground is covered with mottled brown fur, which can spread out in the form of brown patches. White markings on both the head and the tip of the tail are typical of the breed. The tail should be long and curved.

Hunters are confident in the skills of the Epagneul de Saint-Usage. He is fearless in almost impenetrable thickets, and effective in swamp work when hunting waterfowl, ducks, and snipes. No corner is left unexplored as he goes about his post-shot task. The hunting dog always keeps in touch with its owner. This connection also characterizes living together away from the hunt.

The Epagneul de Saint-Usuge is a philanthropist. He has a very positive attitude towards people of all ages. This includes children who respect the dog as a creature and treat it responsibly. The four-legged friend is by no means a lap dog.

He clearly stands in the lineage of his hunting ancestors. He wants a daily workload for his body and mind. Nevertheless, a place on the sofa can be a well-deserved conclusion after an exciting day. The Epagneul de Saint-Usage demands a lot of time and intensive work from its owner. A circumstance that can quickly overwhelm a newcomer to the field of dog ownership.

The Frenchman is extremely energetic, he is always looking for physical and mental challenges. The experienced person offers his companion varied tasks in nature. He has in mind that all tracks are of interest to the hound at all times. 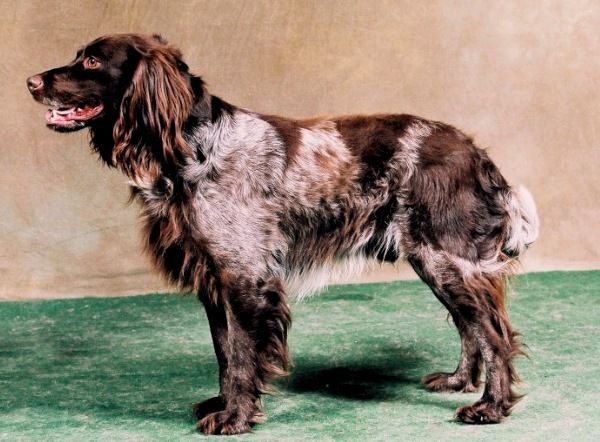 This does not cause any headaches for the experienced spaniel owner, he recognizes situations that could contain a certain potential for stress in front of his dog and defuses them unspectacularly. He takes into account the great need for movement of his companion in the daily routine. Gives him space to express his energy, and enthusiasm for hunting, and barking excitedly. An urban habitat is rarely suitable for such a life.

On the other hand, for the soft-leader Epagneul de Saint-Usage, a firm voice is sufficient for discipline. Its owner achieves the emphatic education of the dog with a friendly, sensitive tone and without much exaggeration. In the house, the pleasant and family-focused side of the four-legged friend comes into its own.

Here the Epagneul de Saint-Usuge can relax. Even within a group of dogs, he reacts balanced and calm.