In the habitats within the respective national borders, the breeding efforts lead to their own breeds. Thuringian and Württemberg breeds in particular had a major influence on the first German breed standard of 1891. The people of those days entrust their four-legged friends with guarding as well as with protective tasks.

Coat Colors of the German Shepherd

The coat color can vary between black/yellow, black/grey, and pure black. Pure grey, gray with light or brown markings, and black with gray or brown markings are also possible, but a pure white coat is considered a fault. 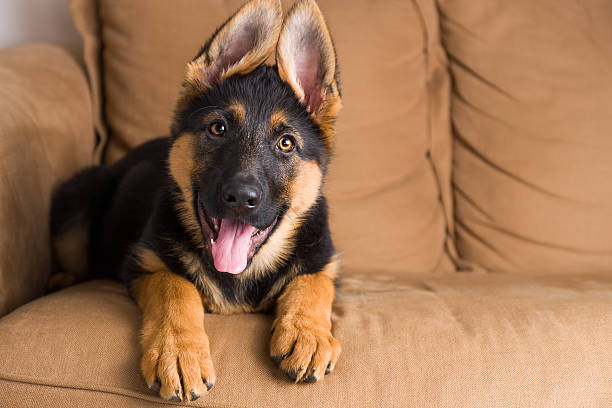 The coat should have a firm, close-lying topcoat with a pronounced undercoat. The wire-haired type has now completely disappeared, while long-haired ones are still preferred by many people as pleasant family dogs.

Like no other breed of dog, the German shepherd was abused by people in both world wars to achieve their war aims. The character traits of courage and loyalty become fatal to the animals. Not many of the approximately 250,000 German shepherd dogs currently found in Germany work together with a shepherd.

Although the origin of the breed is still being discussed, Rittmeister Max von Stephanitz is considered the “father of the breed”. At the end of the 19th century, he had the goal of breeding a powerful, strong German shepherd and began breeding with a working dog that he had accidentally acquired at a show.

Although the breed standards were already formulated around 1890, he did not make his debut at exhibitions until 1922 in Hanover. Since the demand for herding dogs was decreasing due to the dwindling number of sheep flocks in Germany, von Stephanitz pushed the use of the German shepherd dog by the military and police.

They continue to be very popular as service dogs with various authorities. They rescue people, guard objects, lead the visually impaired, or accompany law enforcement officers on duty.

During the First World War, almost 50,000 German Shepherds had to prove their skills in the army. Despite its sometimes bad reputation as an “assault weapon” by the Germans, also caused by bad breeds, the breed quickly spread to England and the USA through returning soldiers, where it was known, among other things, through the well-known “Rin Tin Tin” films the 1920s, but also because of its excellent abilities as a guard and search dog as well as a herding and guide dog.

The dog’s body and mind also want this regular attention. The physical and mental workload and thus the satisfaction of a service dog is very high per se due to the permanent training and the demands of the operations. A family dog ​​regularly lacks these tasks, so it must be clearly challenged. All representatives of the breed have a high urge to move in common.

A lot of exercises and joint activities in nature are a prerequisite for the species-appropriate keeping and balanced behavior of the dog. The German shepherd is a companion for sporty, active people with a healthy level of assertiveness. 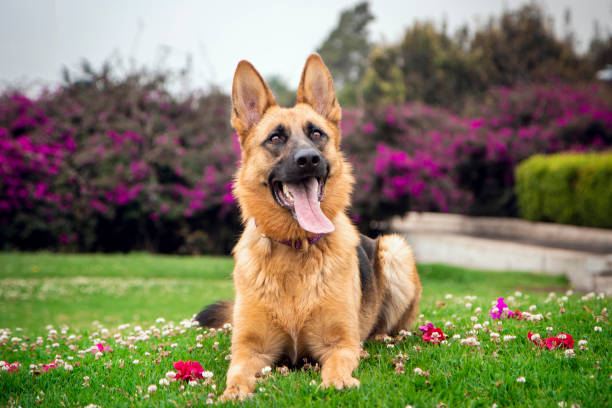 The high willingness to learn and the adaptability of his companion want to be used skillfully by the owner. Positive reinforcement, patient consistency, and fairness in dealing allow a harmonious relationship to grow. Without expert help, the absolute novice dog rarely manages to do this. The all-rounder among dogs is a socially acceptable family dog ​​as well as a committed guardian of the house and yard. Nervous and uninhibited, the German shepherd creates an image of strangers. His barking behavior is appropriate to the situation and easy to control.

At all times, however, the four-legged friend must have the certainty that he will never be on a common hierarchical level with one of his two-legged friends in the family group. So socialized, the confident and fearless protector of the family is also a pleasant playmate for supervised children.

The German shepherd trots persistently on the bike and with the jogger. He particularly likes to get involved in all dog sports that he can experience with his owner in a team. With great commitment and skill, he goes through the set course. Agility and obedience provide people and animals with activity, fun, and a sense of achievement.

The working dog training for avalanche search or rescue dogs offers ambitious dog handlers goals and incentives. The older ones among us surely still know Rin Tin Tin – ( 1918-1932 ) who conquered the hearts of the viewers in many television films.