At first glance, the Lundehund looks quite inconspicuous. With a height at the withers of 35 cm – 38 cm for males and 32 cm – 34 cm for females, this breed is not overly large. The weight may be up to 7 kg for males and up to 6 kg for females.

“Lunde” is the Norwegian name for puffins. The Lundehund was bred in Norway many centuries ago specifically for hunting these birds – a very peculiar breed, as we shall read later. The Norwegian Lundehund has listed in the FCI under Group 5 “Spitzer and Retype” with standard 265. It belongs to the Nordic hunting dogs and has its origin in Norway.

The Lundehund is probably the oldest known Norwegian breed. Lundehunds are historically mentioned very early on: as early as 1591, Erik Hansen Schønnebøl mentioned this breed in a treatise on the island of Værøy. Records from 1666 by the Italian Francesco Negri also report such dogs, which were probably at home in Finnmark. 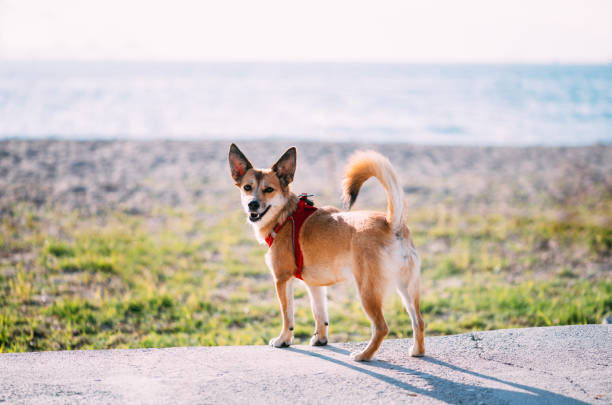 However, what makes these dogs particularly remarkable is their anatomy. If you examine their paws, you can see that they have more than the usual 5 toes. A Lundehund has at least 6 toes on each of its paws.

The mobility of the bones of the Norwegian Lundehund is also amazing: they can bend their head all the way back on the neck, and their front legs can be bent backward by 90°. This is beyond unusual, and no other dog has these abilities.

These traits were bred solely to perfect the puffin hunt: the physical characteristics of the Lundehund allowed them to hunt their prey with ease.

Another amazing feature is the crossability of the ears – a handy feature for a dog that is very active in the water. Lundehunds originated in Lofoten. Apparently, this breed survived on the islands of Røst and Værøy. And this is only because these two islands remained demonstrably ice-free during the last known ice age.

Historians suspect that the Lundehund only survived on these two islands and that its direct ancestor must have been Canis ferus. This is remarkable since the dogs we know are traceable to the Canis familiarise. The direct origin of all Lundehunds now alive is said to be in the tiny village of Måstad on the island of Værøy. Precisely because the dogs could always live in complete isolation there, their breed remained free from cross-breeding with other dogs.

From a distance, the Lundehund looks almost like a fox – an impression that is reinforced by the reddish-brown coat color. Generally, the coat color is white and reddish-brown with black hair tips. The hair is strong, close-fitting, and quite short with a very soft undercoat that warms well in the original harsh climate.

The breed standard also allows white dogs with dark markings. It is noticeable that the young Lundehunds almost always have much fewer black hair tips in their outer coat than the adult animals. The Nordic dogs all have slanted eyes – including the Lundehund, whose eyes are amber.

The Lundehund’s ears are triangular – this also contributes to a fox-like appearance. The ears are medium-sized and carried erect. What’s really handy is the fact that the Lundehund can lock them; good protection against the ingress of dirt and/or water. The Lundehund carries the tail slightly curled over the back or hanging. It is medium-long and very densely-haired. 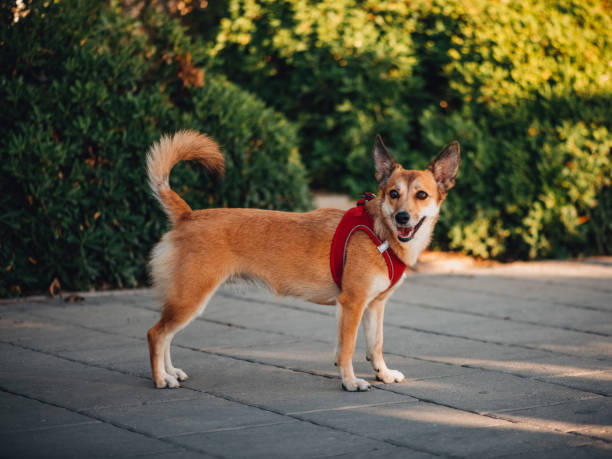 The Lundehund is very popular with its owners because of its friendly nature. He is docile, very bright, and clever, but he always shows a very playful nature. He is also very fond of children, but still sensitive and sometimes shy. It is important to ensure that children treat the animals with respect. He needs a lot of work and loves to be challenged. When bored, he tends to get up to mischief.

When buying a Lundehund, you should always get information from the relevant breeder. The most important point, however, is diet. Since the dog lived mainly on fish and birds in its history, its body cannot metabolize fats from mammals. In this respect, the question of nutrition is cost-intensive and time-consuming.

If you feed the Lundehund with unsuitable meat, he gets blatant digestive problems. Herring in oil is popular with the animals and is also affordable for the keeper.