The dog breed known as the Italian greyhound is one of the racing dogs. The dogs belonging to it are often also referred to as Italian Hounds – another name is “Italian Greyhound”.

They have their origin in Italy and are recognized by the FCI. There they are listed in group 10 among sighthounds (short-haired sighthounds) (FCI standard no. 200). The currently valid original standard was only published on March 30, 1992. 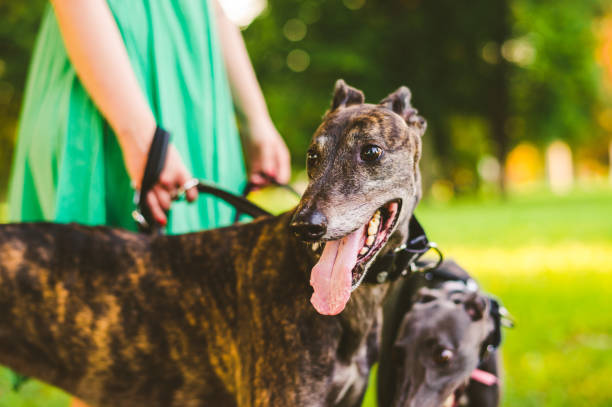 Idleness is a foreign word to him, exercise is his favorite pastime. In this respect, the owner should also be someone who appreciates sporting activities. He is rewarded for this with a loyal, very obedient, and almost affectionate companion in the family.

The nature of the breed is aptly described as gentle. Even beginners get along well with this dog breed, provided they take into account the sighthound’s enormous need for exercise. Otherwise, the training rules are the same as for other dog breeds – consistent and without the use of violence.

Since these dogs were very rare, they mainly found followers in ruling houses and aristocratic families. In ancient Rome, these dogs were considered the darlings of wealthy patrician women. Especially in the Renaissance, the greyhound was very common in the higher social classes. Numerous paintings by the great masters of that time show in many different scenes the importance of these dogs to the courtly society of the time.

Today’s Italian greyhound is very slim overall and is characterized by a particularly slim appearance with a long line. Similar to Greyhounds or Sloughies, the Italian Greyhound conveys an impressive idea of ​​genteel grace.

The pretty head, which has an elongated and rather narrow shape, is particularly beautiful to look at. Particularly striking are the very large and expressive, dark eyes. Noteworthy is the rather high set, small ears, which are carried folded in on themselves. They usually lie backward in the direction of the neck or on the upper neck area.

When the Italian greyhound is alert, the ears perk up right at the base and the entire ear lobe then stands completely horizontal like a roof, which often leads to cheerful remarks from those who do not know this breed. The ears are therefore also called propeller or butterfly ears.

Another special feature is the low-set tail. It is very thin overall (right at the root) and tapers continuously to the tip of the rod. The dogs carry it low, in the first half very horizontally, in the second half it curves and is pulled in between the hind legs. The hair on the tail is very short.

The Italian greyhound is a graceful, almost filigree appearance. The very thin skin, which is equally tight all over the body, also contributes to this impression. The coat is also very fine, quite short and even, there are no fringes. 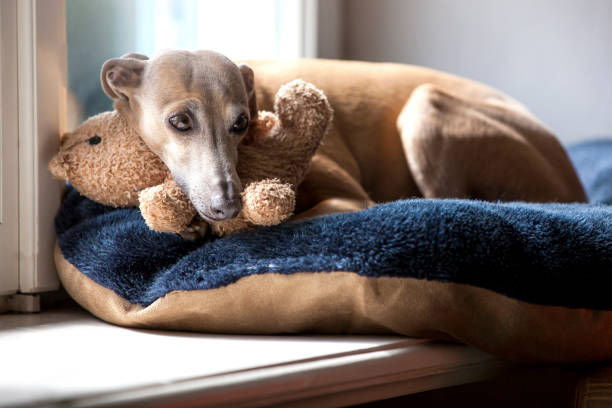 This breed comes in solid black, gray, or slate gray. There are also yellow specimens; this color is called isabella in Italy. Yellow/isabella is allowed in many different shades. White color is allowed only in the area of ​​the chest and paws.

The males have a height at the withers of 38 cm, females are significantly smaller at 32 cm. The weight of both must not exceed 5 kg. Everyone who chooses an Italian greyhound will be sure to be admired. With this noble dog, every owner attracts attention. The dog is demanding to keep: in any case, it needs enough exercise and exercise.