The Jack Russell Terrier is an “earth dog” in the truest sense of the word. Terriers – the Latin root word “terra” means earth or land – is earthy dogs through and through. A terrier loves to work with and in the ground. Its short legs mean that it is always physically close to the earth’s surface.

Two Russell Terrier varieties are distinguished: the long-legged Parson Russell Terrier and the smaller Jack Russell Terrier, classified as a short-legged terrier. Both dog breeds have a historical connection to John Russell (1795 – 1883). His enthusiasm for the versatile four-legged friend is documented in the character and the name of the dog breed. Jack Russell, as the aforementioned British dog breeder and pastor is called, successfully breeds fox terriers.

Around 150 years ago they formed the breeding line of his terrier breed and Great Britain is therefore the country of origin of the small terriers, which are endowed with endurance, strength, agility and a lot of refinement.

Although the Jack Russell Terrier attaches great importance to hunting and a certain killer instinct towards prey, he is friendly and loyal to people, and is also characterized by a cheerful nature and a pronounced cleanliness. 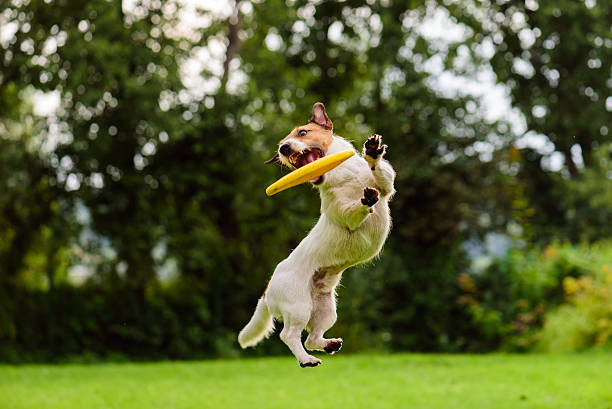 This pleasant character also makes him an excellent watchdog and at the same time the ideal playmate for children. He has enormous energy reserves and therefore needs a lot of exercise, otherwise, he would lose his good condition.

He tends to roam and when he is not fenced in, he also likes to go hunting. As soon as Jack Russells smell their prey, they forget everything, even hunger and thirst. Three dogs are reported to have chased a raccoon more than 300 feet through a water pipe and then argued for almost 2 days over who got the prey.

The owner was finally forced to have a ditch dug to get his dogs back. In 1977, 4 Jack Russell Terriers killed three tons of rats in one day on a poultry farm. His special affection for horses has made him very popular in stables around the world. Times and living conditions have changed fundamentally, but not so the Jack Russell Terrier in his nature. He remains focused on the hunt and his strong drive drives the dog on.

Hunting, rummaging and digging in the earth determines the life of the small terrier. The little dog is forgiven for a lot like no other. The charm of the tireless, always researching and sometimes loud bundle of energy is immense.

A Jack Russell Terrier is an asset to the family, a fearless and defiant playmate for children, and a dog for many types of exercise. This domestic dog breed goes along with everything, the dog picks up tasks, play incentives and even the smallest encouragement like a sponge and implements them. Its head, with its almond-shaped eyes and small, forward-dropping ears, is constantly searching for gestures from its human companion.

The more agile and sporty they are, the more comfortable it is for the Jack Russell Terrier. This mobility necessarily includes leading and instructing. The dog is not a follower, not an animal for an existence on the side; he will point this out to every naive dog owner.

Dogs need a good portion of self-confidence and mental as well as physical agility to meet the demands placed on them. Defending the yard and house against rats and other animals is just as important as hunting foxes and badgers.

Hunting made the terrier very important in Australia and in 2000 the breed was officially recognized by the FCI. The influence of this country is reflected in the development of the breed. Today Australia is the patron of the current FCI breed standard number 345.

The coat is rough on most larger Jack Russells, while the smaller species tend to have a short, smooth coat. The predominant coat color is white (51%+ desirable) with black and/or tan markings, but there is also a type with a very heavy tan coat. The breeding orientation towards the small, rectangular physique of the Jack Russell Terrier is mainly due to its use as a fox hunter. The holes the dog has to go into are narrow.

The strong chest area and the comparatively small size of the animal (its height at the withers is ideally between 25 and 30 centimeters) support hunting success. The basic white coat color is a kind of life insurance policy for the little terrier – a conspicuous color for hunters that helps to avoid confusion with the game. Black, brown, and tan markings, or their color combination, adorn the rough, smooth, or stock-haired fur. 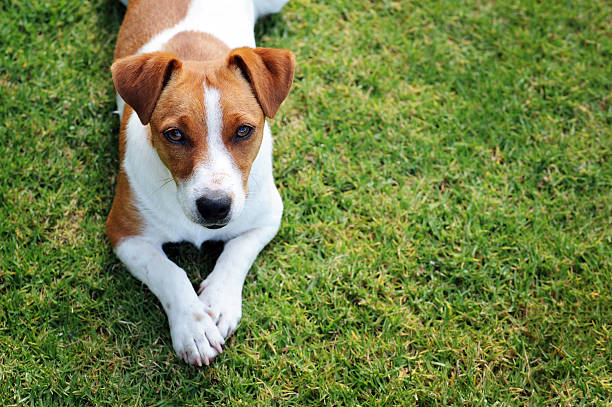 The name “terrier” is derived from the Latin word “terra = earth”. When the Romans conquered England, they noticed the dogs the locals used to hunt animals that lived in underground burrows, such as foxes, rabbits, badgers, and rats.

They gave these passionate grave specialists the name “Ferrari”. In the middle of the 19th century in England in the district of Devon lived the vicar Jack Russell. He belonged to the group of the so-called “Hunting Parsons” (= hunting pastors) of the Anglican Church and had a pronounced passion for fox hunting.

Many of the fox hunters of the time used small or short-legged terriers, which the hunter carried with him on horseback to the fox’s burrow in order to relieve the hunting pack there and to pursue the prey animal that had fled into its burrow and then drive it out of the burrow again.

Rev. Jack Russell wanted a dog that not only had the courage to hide his prey underground but also had the stamina to follow packs of hounds on foot. It is said that he started his own breed with the terrier bitch “Trump”, which he bought from his milkman.

Unfortunately, it is not known how Russell planned his breeding, but it is certain that a large number of crosses must have taken place. In order to be able to better distinguish the dog from the fox, bull terriers were used, which, in addition to the white color, also brought in hardness and aggressiveness. Unfortunately, this gave rise to a dog that killed its prey underground without barking. In order to eliminate this negative quality, small beagles were then crossed.