The small, wiry muscleman was originally imported to Australia from England to hunt foxes. Accordingly, the Russel is primarily fast and follows its natural hunting instinct like no other. With a height at the withers of 25-30 cm and a corresponding weight of 5-6 kilograms, Jack is more of a tot, but you shouldn’t let that fool you. You can challenge him a lot with almost endless endurance, the little man loves long walks. So if you are the proud owner of such a fellow, you are lucky to have a lively, alert and active, as well as fearless, and friendly terrier to call your best friend.

The Russell has been around in England for 170 years, he’s only been with us for about 25 years because he was brought by English grooms and riders. Of course, it is now a fact that a breeding dog is not always a completely natural breed and therefore also that each breed is afflicted with specific clinical pictures due to evolution. These clinical pictures are hereditary, whereby a reputable breeder will take such an animal out of breeding.

You can often observe trembling, almost O-shaped forelegs in terriers. This is a sign of apraxia and myelopathy, which is a degeneration of nerve fibers similar to that found in humans. If the auditory nerve is also damaged, this can also result in deafness in Russell. However, the symptoms can go so far that the dog can no longer stand on its own, which, however, does not refer to the older animals, but can already be noticed in the second to eighth month of life. Myelopathy is incurable, but you can relieve the symptoms, for example, by going swimming with your dog.

Asthma, intestinal inflammation, and skin rashes can occur if the animal is allergic to its environment. Only highly digestible food can alleviate this. Scaling, scabs, and fungi develop when the animal is stressed or traumatized. Hair loss can be a symptom here and the dog can suffer from itching. You should also pay attention to the eyes of your pet: not only people get cataracts, but also dogs. A whitening or clouding of the eyes requires a visit to a veterinarian.

Your terrier’s kneecap can also “pop-out”, which is referred to as a luxating patella. The wiry sports fanatic may have overdone it, so please see a vet if your Jack is only walking on three legs, as a dislocated patella can only be corrected surgically. 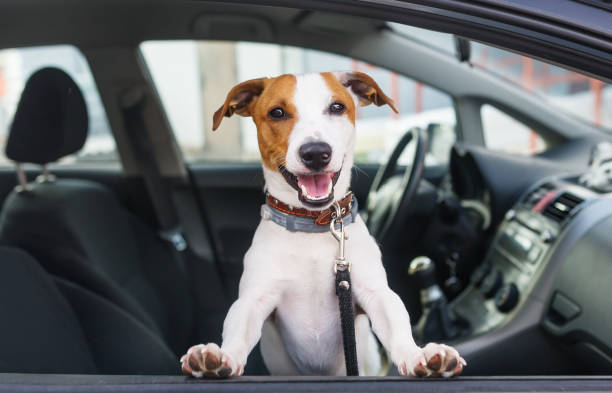 Overall, your Russell is fairly easy to care for. The short, sleek coat only needs brushing once a week, visits to a groomer are rarely necessary due to the length of the coat, but rather the density, so the undercoat should be trimmed. However, you can certainly wait at least 6 weeks, probably longer.

So there is stock and smooth hair, as well as rough hair. There is no such thing as a long-haired Russell! This is a fallacy that occurs when a dog has not been trimmed for too long.

What is special about fur is that it is constantly renewed. So after the old hair dies, the new one grows back immediately. Therefore, the monthly combing must be done with care, otherwise, your four-legged friend will become matted, as the old fur gets caught in the new fur and cannot free itself. Therefore, trimming is also important in the form that you do it by hand from the undercoat using non-cutting trimming scissors and, in the case of rough hair, use a pumice stone to painlessly remove the old hair. You start on the back, then down the tail and legs and finally, it’s the head’s turn. You use your thumb to press the strands against the pumice stone that is holding the old fur. To test whether it’s time again, you simply gently tug at a protruding tail of fur on the back and let the same easily be removed, you have to trim again.

If your dog gets a lot of exercise on the right floor, the claws will generally wear off on their own. If you are unsure about the length of the claws, you can ask your veterinarian, but a competent salon owner can also provide you with information.

In general, there is a rule: if the dog taps the ground with its claws while standing, it should be cut. If the wolf’s claw does not wear out, it should also be cut. Our lady chews off her claws herself, so cutting is not necessary. I’m also very happy about that because your claws are jet black, so it would be difficult for me to see how far the nerves and blood vessels run outwards.

You should refrain from shortening the puppy, as the claws are still quite soft. In case of doubt, the procedure at the vet costs about 5 euros.
You should make sure that you get a pair of claw scissors to cut the claws and that you can round off the resulting sharp edges with a coarse file, as long as your darling allows it without resistance. When cutting yourself, you can try shining a halogen lamp through the claw from behind to get a better view of how far you can cut.

Overall, the tip is: Better to trim more often, but cut off less. 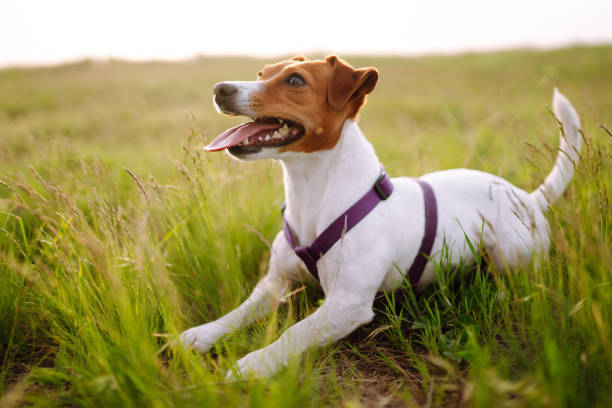 As a rule, the Russell is suitable for families but can become jealous of offspring. Since this small dog breed is very active due to its hunting instinct, the animals need a lot of exercises and also mental activity. Your Russell should definitely be challenged because ultimately there is a really big one in the little dog.

A Jack Russell does not belong in the hands of beginners, as it requires consistent training due to its excess of energy. This breed is demanding and needs a lot of attention and entertainment and, above all, exercise, so your Jack is suitable for dog sports such as agility, frisbee, and dog dancing because here he keeps moving and his inquisitive mind is also challenged.

Unfortunately, it seems the Russell has been declared a lap dog and a fad due to its size and visually cute countenance.
But: Anyone who has dealt sufficiently with the loving animal knows exactly that the demand for it is so great because it has a unique character. Hard to beat in terms of intellect, with a uniquely big heart and a real “workhorse” who can be motivated to do almost any sport and then pursues it with incomparable ambition.

So if you can keep up with the temperament and stamina of this agile four-legged friend without stressing him out, but instead taking away his jitteriness, then grab a ball and make your little best friend happy with it and he will thank you for it.