The Jack Russell Terrier is a lively and courageous dog with a lot of self-confidence that is at home in many German families. All information about the history, husbandry, and care can be found here in the profile.

History of the Jack Russell Terrier

The Jack Russell Terrier evolved from the Fox Terrier in England about 150 years ago. The Reverend John (Jack) Russell enjoyed hunting in his spare time and bred a special breed of fox terrier for this purpose. He wanted a small working terrier that could find the fox that had fled from the pack into the burrow and follow it into the burrow.

While studying at Oxford in 1819, he bought his first wire-haired bitch, named Trump, who is now considered the progenitor of the breed. A few years later, the English introduced the red fox and with it some fox terriers to Australia for hunting.

Around 1880 the first dogs came to Australia, direct descendants of John Russell’s small terriers. Breeding preference was given to these dogs due to their small size and in 1972 the Jack Russell Terrier Club of Australia was formed. It wasn’t until 1991 that the Australian Kennel Council recognized the short-legged Jack Russell Terrier as a separate breed. 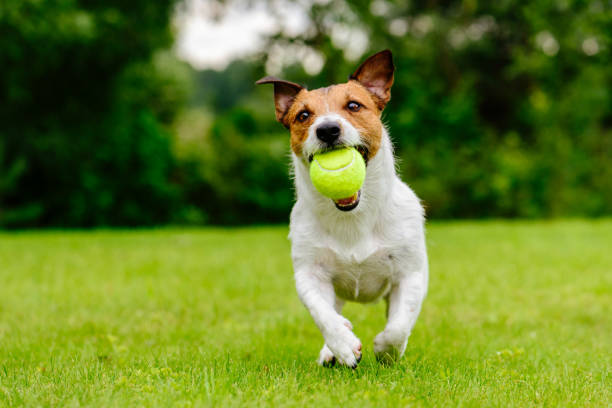 In 2000, the breed was finally classified internationally in FCI Group 3, Section 2 “Low Legged Terriers”. The larger built dogs form their own breed and are referred to as “Parson Russell Terriers”. The Jacky is very popular in Germany today, especially with riders.

The Jack Russell Terrier is an intelligent and energetic dog that is fiercely loyal to its owner. The Jackies are capable of learning, and fearless and despite their small size they are athletic and have stamina. Due to their original purpose as hunting dogs, dogs prefer to spend their time in nature. However, you should be careful when going for a walk and make sure that the little rascal does not disappear into the undergrowth. Most Jackies have a strong hunting instinct, but you can get a grip on it with consistent training. A typical Jack Russell Terrier also loves to play and is great with children. He usually gets along well with other dogs. In the event of disagreements, the little terrier has a low threshold and can quickly react loudly and irascibly.

Anyone interested in the handsome terrier should be aware that they are by no means small lap dogs. The Jack Russell remains active into old age and needs plenty of exercises. It is not uncommon for the Jackies to live to be 15 to 18 years old. Buying a Jack Russell Terrier puppy should therefore be well thought out. He needs an active person who has enough time to exercise him physically and mentally.

A large house with a garden would be ideal, but he also feels comfortable in an apartment if the occupancy rate is good. Once you are confident that the Jack Russell is the right dog for you, you need to find a reputable breeder. Many breeders charge around €1,000 for a purebred puppy with papers and vaccinations. You have the choice between a smooth or wire-haired puppy in white with black or brown spots. A good alternative to the puppy from the breeder is of course a Jacky from the animal shelter. For a small fee, you can give an innocently distressed animal a new chance with you.

The little terrier is a sly old dog and needs consistent training so that he doesn’t step on your nose. Jack Russell Terriers like to test their limits, especially when they are young, and need strict rules. Jackies have a strong hunting instinct, which you should get to grips with before the first walks without a leash. You won’t get far with the Jack Russell Terrier with violence and he will get his own way. You must show him that obeying is worthwhile with rewards and positive reinforcement. It is best to start showing the puppy what it can and cannot do on the first day.

How Do I Keep a Jack Russell Terrier? 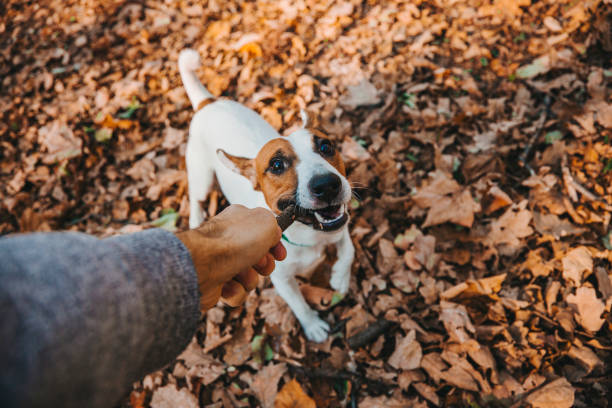 Activities with the Jack Russell Terrier

The Jack Russell Terrier needs a lot of exercises and sometimes wants to let off steam. It is particularly important that you keep Jacky busy until he is well utilized. Long walks through nature, dog sports such as agility, but also track work is great fun for the terriers. He has a special fondness for digging and burrowing, which is why you should better secure your garden well.

You should also never take your eyes off the little hunting dog when you go for a walk so that it doesn’t dig up someone else’s garden or pursue a wild animal into the burrow. Of course, he should also be mentally occupied at home to stay active. A Jack Russell who is bored can quickly get silly ideas and seek employment of his own. The four-legged friend enjoys learning little tricks and loves challenging games for memory and intuition.