At first glance, the giant mastiff appears intimidating, and many will turn sideways when one of these impressive dogs comes toward them. But they misjudge the imposing dog. He may be one of the largest dogs, but his extraordinary size is matched by gentleness and patience. He is so sensitive that he is increasingly being used as a therapy dog.

Contents hide
1 History of the Mastiff
2 Essence and Character
3 Getting a Mastiff
3.1 What do I need to pay attention to when purchasing?

History of the Mastiff

Mastiffs are considered one of the oldest dog breeds in the world. Already on reliefs from ancient Babylon, more than 2,000 years before Christ, large, muscular dogs that accompanied their people when hunting or in the war were depicted. Molossians, as the ancestors of the mastiffs were called there, were also used as war and hunting dogs in the Roman Empire. In addition, it is said that the dogs fought in arenas and guarded the house and yards of their people. At that time, Molossians were known and used throughout the Roman Empire and beyond through trade relations.

The ancestors of the mastiffs probably came to Britain this way. The Mastiff was first mentioned by name in a treatise by the Duke of York, Edmund of Langley, in the 14th century. At that time he was used both as a hunting dog and as a guard dog. Reports of them being used as war dogs have also survived. As the hunting dogs of the nobility, they even took on bears and wild boars. 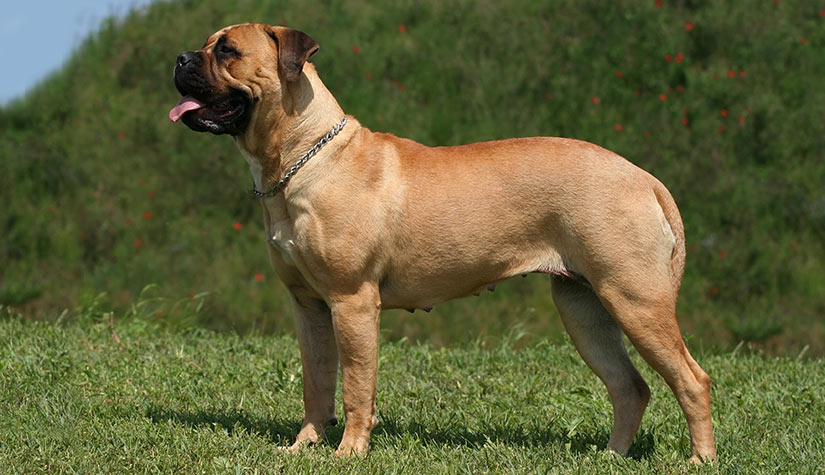 A sad chapter is that in the Middle Ages and up to modern times, the large, powerful dogs had to fight in arenas as fighting dogs against bears, bulls, lions, and other predators. In Britain, this only ended in 1835 when the British government banned these events. Around the same time, the purposeful breeding of the Old English Mastiffs began.

The Mastiffs were crossed with St. Bernards, which explains their calm, gentle nature. The first Mastiff Club was founded in 1872. Nevertheless, the interest in the huge dogs decreased more and more, which can be explained above all by the ban on dog fights. After the world wars, the breed threatened to die out. Few people were interested in the big dogs that had to be fed at a time when people had little to eat for themselves. Breeding could only be resumed with the help of a few specimens found in the USA and Canada. The FCI recognized the Old English Mastiff as a separate breed in 1964.

The huge, muscular mastiff may seem intimidating, but there’s no reason to be afraid of him. He only becomes really dangerous when his human is attacked and his protective instinct awakens. By nature, however, the Mastiff is defensive. He first observes and assesses the situation before he acts.

However, you must not confuse this with anxiety, because the Mastiff is definitely not. He is brave and loyal to his people. He is affectionate, gentle, calm, and balanced. Nothing can stress him out, neither noise nor raging children. He also usually gets along well with conspecifics and other pets. He always wants to be with his people and doesn’t like to be alone. Well trained, he is an ideal family dog. 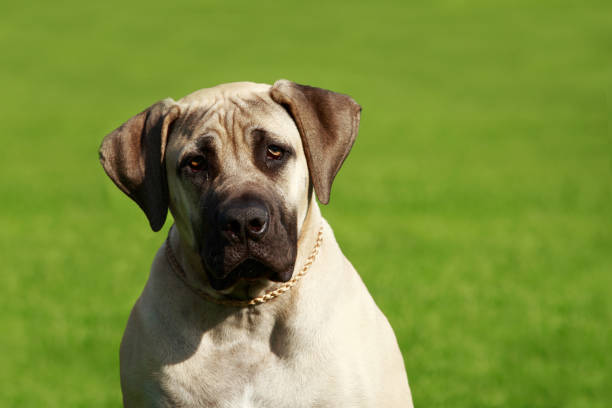 Purchasing a Mastiff needs to be well thought out. Though frugal by nature, he will present you with challenges simply because of his size. This begins with the amount of food that a mastiff can and must eat. You need a big car and you need to be able to lift the heavy dog ​​if necessary. Unfortunately, it is also the case that the gentle giant was classified as a fighting dog in some federal states in Germany and its keeping is therefore subject to conditions.

If you want a Mastiff, you need to be patient. Outside of the UK, the Mastiff is not very common, and reputable breeders tend to have waiting lists. But you should definitely pay attention to a reputable breeder.

Unfortunately, the Mastiff has also been a victim of overbreeding and has been bred to become bigger and stronger at the expense of its health. Fortunately, this trend is declining and true lovers of the breed are trying to get back on track. So you should be able to look at the puppy’s parents, which a reputable breeder will easily do for you. Parents should not be taller than 70 centimeters.