The Newfoundland is a very large and strong breed, but also a real cuddly bear. He loves the water and is always cheerful and friendly. You can find out what makes the breed so special in the profile here.

Contents hide
1 History of the Newfoundland
2 Essence and Character
3 Getting a Newfoundland Dog
3.1 What do I need to pay attention to when purchasing?
3.2 Puppy development and education

History of the Newfoundland

As the name suggests, Newfoundland originally comes from the Canadian island of Newfoundland. It evolved therefrom crosses between large native dog breeds, such as the black bear dog, a breed introduced by the Vikings in the 1100s. European breeds and the dogs of the Micmac and Beothuk Indians also flowed into the breed.

Already at the beginning of 1610, Newfoundland showed its essential characteristics. In the 18th century the English captain Cartwright first mentioned the breed as “Newfoundland dog”. The fishermen used the big four-legged friends primarily as working animals. The dogs were so attached to the water that they even developed webbed feet. 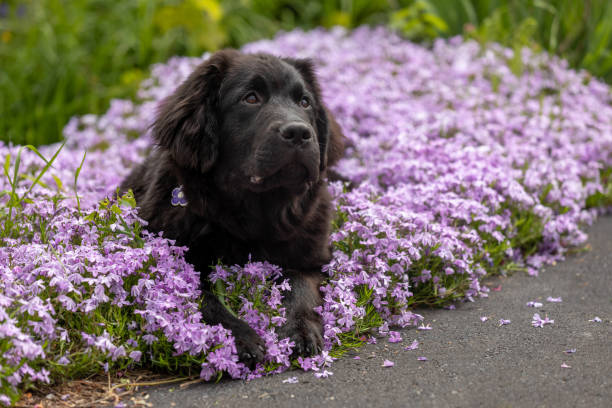 In 1886, the American Kennel Club officially recognized the breed. In this country, Newfoundland is classified by the Fédération Cynologique Internationale in FCI Group 2, Section 2, which includes the Molossoids. Nowadays the Neufi is valued mainly as a rescue and water dog. The breed is particularly characterized by its robustness and affinity for water. In Europe, the breed has become a popular family dog ​​that loves to romp around in the garden with the kids at home.

The Newfoundland’s cuddly and cozy appearance perfectly reflects its friendly and relaxed nature. He is considered one of the most gentle dogs ever and is not disturbed by anything. Nevertheless, he is good at distinguishing between friend and foe and protects his family from danger in an emergency.

When threatened, the otherwise leisurely dog ​​can react at lightning speed and save its master from drowning, for example. His quiet but resolute demeanor looks majestic and will surely put one or the other to flight. The Neuf is very attached to his family and loves children more than anything. Other pets are also no problem for him. He gets along well with cats.

Not only do the puppies show an extremely pronounced play instinct and the desire to always and everywhere want to be there. Sometimes the newbie can be stubborn and tries to assert his own interests. Especially when he sees water, the big dog can quickly become impetuous and temperamental. With full power, there is only one goal left for the fluffy giant and he happily throws himself into the water. But with the right upbringing and enough persuasion, you can easily get impetuosity under control.

Getting a Newfoundland Dog

Before you get yourself a cute Newfoundland puppy, you should be aware that the small dog quickly becomes a huge animal. Keeping the newbie in a small city apartment is almost impossible. He needs space, sheds a lot of hair, and drools. If you are sure that the Neufi is the right dog for you and you can do justice to his nature, you should look around for a reputable breeder. For a healthy and purebred puppy, you can expect prices of 1200 to 1400€. With the breeder, you have the choice between black, brown, and black and white puppies. Of course, you will also find poor Newfoundland dogs or mixed breed dogs in the shelter who have outgrown their owners and are now looking for a loving new home. 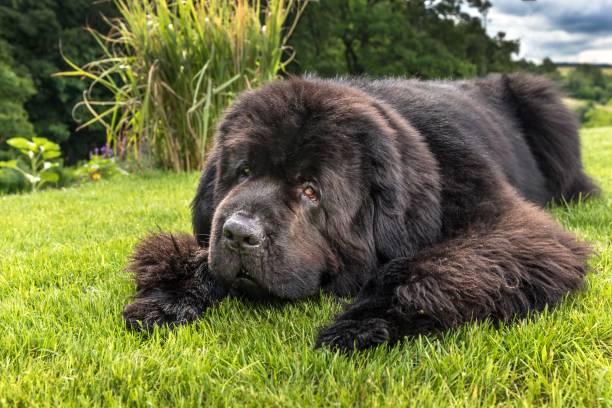 Due to its enormous size and strength alone, the Neufi needs good and consistent training. Such a big and boisterous dog needs rules and must obey its owner unconditionally. The breed is intelligent and quickly understands what you want from him. The training is therefore usually easy and even dog owners without much experience can not do much wrong with enough consistency. At times it can be difficult to get the sluggish dog to exercise. The best thing to do is to let them ask you in a playful way and with a lot of patience. Violence and aggression are completely out of place in the upbringing of newbies. The loving four-legged friend will actually do anything for a few friendly words, extra cuddles, or treats.