The toy poodle belongs to the poodle family and originated in France. He is recognized by the FCI and is listed there under group 9 – company and companion dogs. Visually and in terms of characteristics, it corresponds to a standard poodle and differs from it mainly in size.

The dwarf poodle has a shoulder height of 28 cm (females) up to a maximum of 35 cm (males), whereas male standard poodles can have a shoulder height of 58 cm. Alongside the Cocker Spaniel, the Poodle is one of the most popular dog breeds in the world. This is certainly not the least because of their exceptionally great docility and their adaptability, which makes them ideal family dogs. 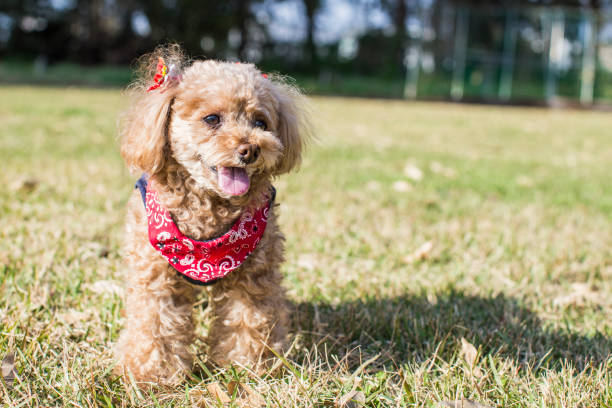 There are early paintings by Dürer from around 1500 that depict toy poodles. The Spanish painter Goya also immortalized poodles in his paintings. The poodles originally came from Germany and have their home in the swampy areas there. However, they quickly spread and, especially in France, quickly gained a large number of followers. The poodles are still called caniche (Chien canard) there, which means duck dog.

Her phenomenal teachability was quickly recognized. They were very popular in circuses, where they often performed tricks with the clowns. At that time they also began to style their fur in the form of balls so that they should look more like clowns.

At the same time, they quickly found their way to the courts of the nobility, where they were valued as company and companion dogs, particularly by the higher-ranking ladies. They loved their playfulness and liked having these cheerful, almost prance-moving dogs around. The animals were kept on almost every farm and they were made into spoiled lap dogs; they have not lost this image to this day.

In particular, the coat of poodles challenged their owners at that time. There were e.g. T. ridiculous and dubious “embellishments”. Family coats of arms were cut into the fur of the animals, and in an attempt to “humanize” them, they were sometimes given a chin beard or a twisted mustache.

It was a pleasure to show off your poodle with an individual haircut. Yes, there was real competition for who could own the poodle with the flashiest haircut. The miniature poodles and their crossbreeds were also appreciated during the difficult truffle hunt. Their fine noses all too often helped the owners to find unusual truffles. In addition to the poodles, dachshunds were also used to dig up the sniffed truffles. 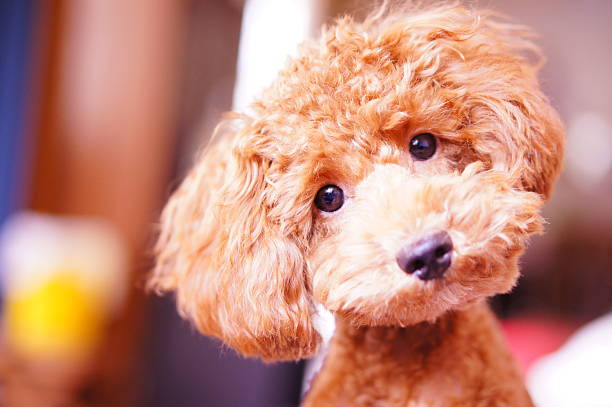 Just like its big brothers, the Miniature Poodle is a friendly and intelligent dog. Due to its size, it is also suitable for keeping in apartments. However, one should not fail to do it enough times a day to give it the exercise it needs. Since he is very patient and fond of children, he can be highly recommended as a family dog.

The miniature poodle is characterized by its loyalty, docility, and ability to be trained, which makes it a particularly pleasant companion.