The poodle belongs to FCI Group 9: Companion and Companion Dogs. Although there is some debate as to where this breed originated, the FCI now generally assumes that its country of origin is France, as that is where it acquired its current characteristics.

They are divided into four different blows, which are characterized by a different sizes: 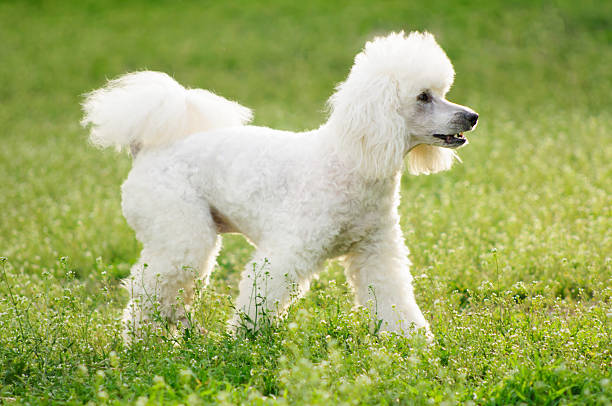 By current breed standards, the ideal height for the Toy Poodle is 25cm, but most show dogs are around 20cm tall. Attempts have been made in some places to breed even smaller specimens, known as teacup poodles. However, with problems always cropping up in very small dogs, especially at birth, these Teacup Poodles have not found a livelihood in the Standard due to their extreme vulnerability.

The poodle’s coat is firm and dense with the curly hair so typical of the poodle. However, after shearing, a distinction is made between the wool poodle, whose fur has the above properties, and the corded poodle, whose fur also has these properties, but also characteristic cords of the same length are at least 20 cm long.

In Europe, water dogs with shaggy coats were found as early as pre-Christian times and were sheared in various ways. Over time, the individual breeds known today developed from this. Poodles can be found in works of art from as early as the 15th century. The real country of origin of the poodle may have been Germany, from where they were probably taken to France by soldiers.

There, however, they were further developed into their current, modern form. They were trained to retrieve game birds from the water, which earned them the name “Caniche” in France, derived from the term “Chien canard – duck dog”.

Their intelligence and striking appearance made them a crowd favorite at the circus, where they have been trained by showmen to become artists for about a hundred years. They were also used intensively for truffle hunting. While the standard poodle is believed to be the oldest breed of poodle, the most common is the toy and miniature poodles that emerged later.

They were easier to maintain and consumed less food at home and in the circuses. In the 17th and 18th centuries, the poodle was made into a spoiled lap dog among European nobility, especially in France, and high-ranking personalities. There, smaller and smaller specimens were then demanded, which led to increased breeding of dwarf and toy poodles.

Albert Dürer immortalized miniature poodles like this in paintings around 1500, as did the Spanish painter Goya towards the end of the 18th century. In the 50s and 60s of the last century, the popularity and the corresponding selection were so great that inevitable genetic problems appeared, which have now largely disappeared. 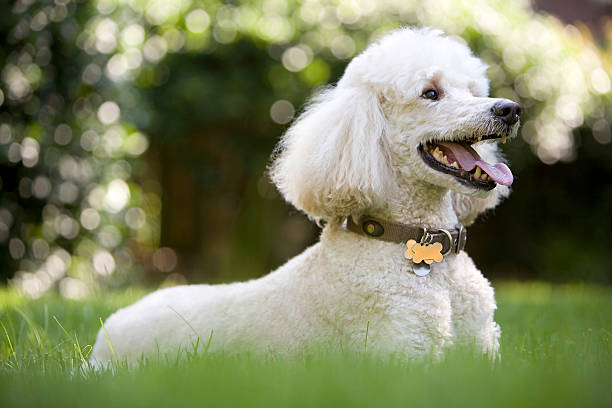 All poodles have the advantage that their coat does not change, but always grows back, which, however, makes regular grooming and clipping necessary. Attempts are made to keep the fur around the organs as dense as possible in order to achieve optimal protection against cold and moisture.

The rest of the fur was shaved to make grooming easier. Unfortunately, this also led to sometimes bad “embellishments” when, for example, flower patterns, monograms, or even family crests were shaved off the dog’s coat.

The animals also had to endure beards and even hairstyles similar to those of their mistresses. At today’s exhibitions, only two types of clipping are allowed, the so-called continental cut with hairballs (pompoms) and the English saddle clip, whereby the full length of the hair is retained in both cases. That’s why most owners prefer to have their dogs clipped in a kennel or dutch clip, which is easier to care for due to the shorter hair. The corded fur can also be found more often today.