The Alaskan Malamute is a hardy sled dog. It was used by the Inuit to transport heavy loads, as a helper when hunting and fishing. The dogs are very independent and their upbringing is demanding. They need a lot of exercises and have a strong hunting instinct. 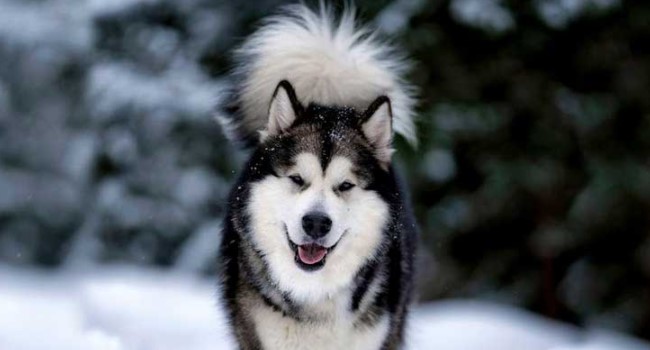 The hard worker from the Arctic

The Alaskan Malamute is the epitome of the sled dog. It was used to transport people and loads. The Inuit also used the “hound of the Mahlemiutes” as a hunting helper. When selecting breeds, particular attention was paid to resistant, friendly animals. Optics played a secondary role: the dog had to survive and work hard in the harsh climate of the Arctic. He is not a sprinter, he was selected for strength and endurance.

The standard was written in 1935 and the breed was recognized by the American Kennel Club. The Alaskan Malamute is a power pack, with 63.5 centimeters the males are impressive appearances. There are shades of color from light gray to black, from sable to red. Its dense, greasy undercoat protects the sled dog from cold and snow. The Alaskan Malamute is the official state dog of the US state of Alaska.

Characteristics and Nature of the Alaskan Malamute 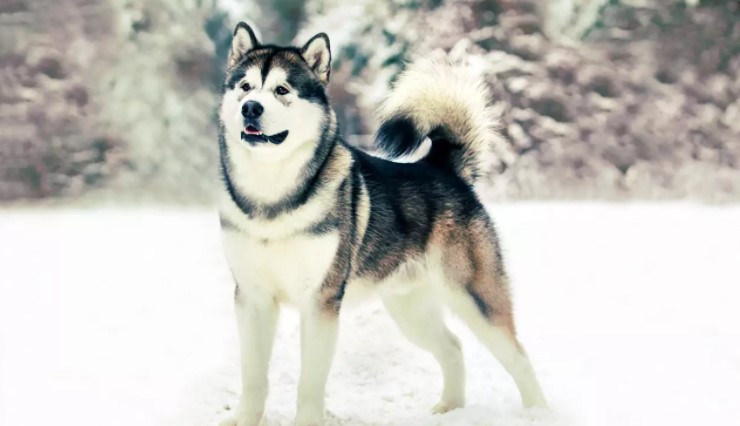 The Alaskan Malamute is an affable dog, and people-friendliness is in its blood, so to speak. This means that you can’t use it to protect your house and yard – it enthusiastically greets any intruder. He is not a “one-man dog” as the working dogs have been traded or loaned. Accordingly, it adapts effortlessly to a new environment. The animals have a pronounced hunting instinct and find it difficult to stay alone. These still very original dogs prefer to live in packs. The Malamute is extremely active – long, enduring walks will be part of your future compulsory program. Of course, long sled dog tours or other train dog sports are better. Some dogs get excited about agility.

Training the Alaskan Malamute requires experience and dog sense. He needs you as a strong pack leader with clear rules and announcements. School him with loving consistency. Malamutes are independent and confident. They are very stubborn and do not take orders. Intelligent dogs learn commands quickly but only obey them if they understand the meaning.

Do you socialize your puppy in a puppy class and do you attend a dog school to get support with the demanding training.

Care of the Alaskan Malamute

The care of the dense coat of hair is easy: regular brushing is sufficient. During the change of fur, the brush should be used more intensively.

As a relatively primitive breed, the Malamute is quite robust. However, the summer heat bothers him. You should take this into account in your activities in the warm season.