With its fluffy fur, big eyes, and endearing personality, the Persian cat is one of the most popular cat breeds in the world. Here you will learn everything about the history, husbandry, and care of the cat breed.

History and Origin of the Persian Cat

As early as the 17th century, the French scholar Nicolas Claude Fabri de Peiresc introduced the first long-haired cats to Europe from Asia Minor. Since it was assumed that the Angora cats originated in Persia, the breeders called their cats “Persians”. However, the first Persian cats can hardly be compared with today’s representatives of the breed. Today’s Persian breed began in England in the 19th century. According to the latest scientific findings, the cats used for breeding there were descendants of the Russian long-haired domestic cat. The breeders mated any long-haired cats with each other so that the offspring always had a long coat. The Persians celebrated their real breakthrough in London in 1871 when Queen Victoria personally bought two copies. From then on, aristocrats throughout Europe owned the Persian longhair cat as a status symbol. 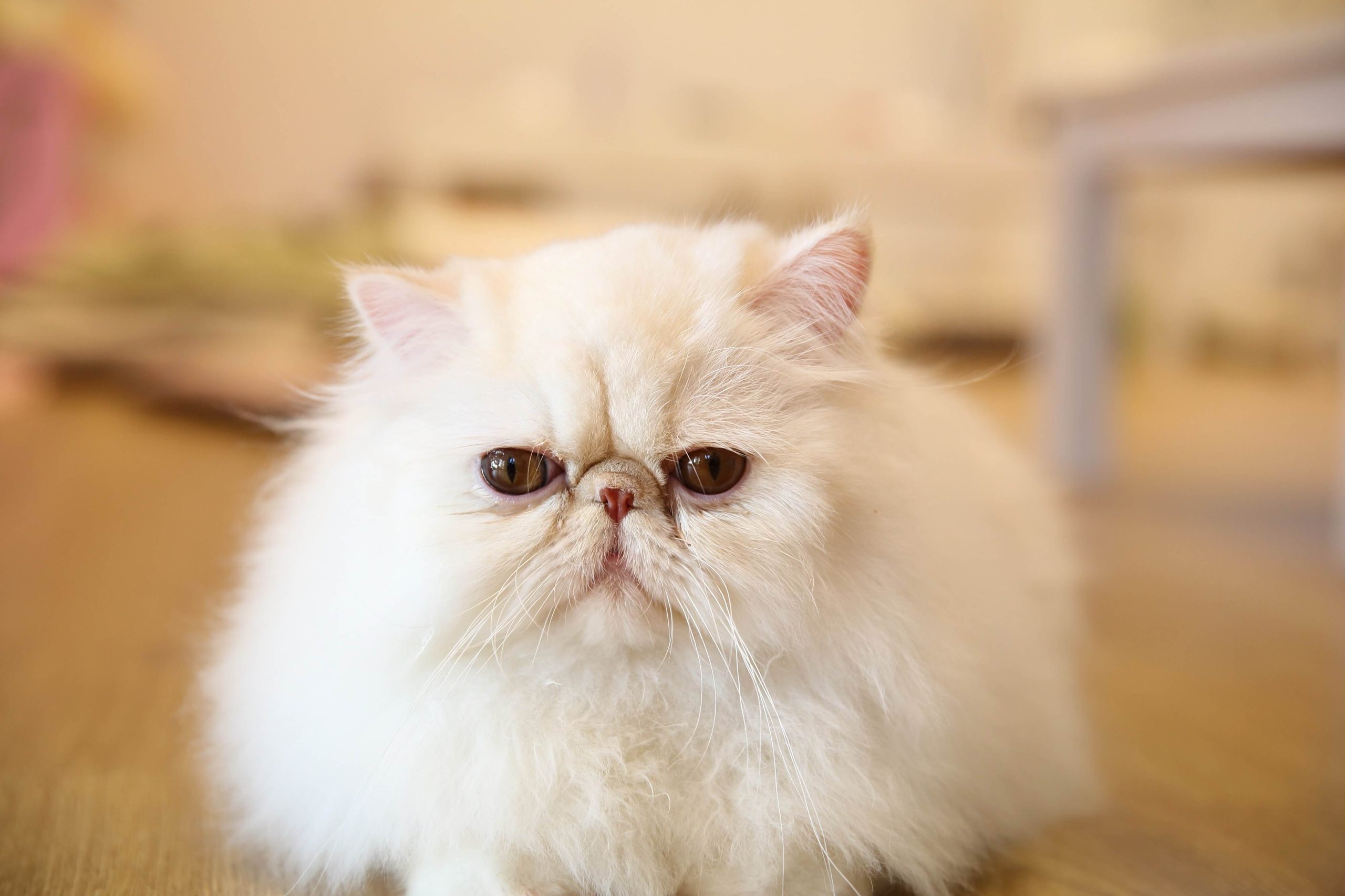 Over the years, the cat has become smaller and shorter-legged, the forehead has become rounder, the face skull has become shorter and the fur has become more luxuriant due to the large amount of undercoat. Much to the detriment of cats, the breed began to be mass-bred in the 1970s. This also led to various extreme ideals of beauty, such as the Peke face, which is still very popular in the USA today. The cat’s face is a lot flatter and the nostrils are almost between the eyes. This gives the cats a grumpy facial expression. At the beginning of the 21st century, conscientious breeders started breeding Persian cats “with a nose” again, which is very popular in Germany today.

The Persian cat is an extremely easy-going and undemanding breed of cat that is unruffled by anything. Their balanced nature makes the Persian cat a wonderful cat for everyone. In general, the Persians tend to be very easygoing and not particularly skilled climbers or hunters. Their desire for freedom is also usually not very strong and they prefer to stay with their two-legged friends. The friendly cats love to cuddle and cuddle but have a mind of their own. If something doesn’t suit them, the plush cats can quickly become divas.

The Appearance of the Persian Cat

The most striking feature of a Persian is of course the lush coat with a thick undercoat. The coat can be up to three times the length of many other cat breeds and comes in a wide variety of colors. Among the more than 200 recognized colors, not only uniform colors such as white, black, chocolate or lilac are allowed, but also a wide variety of tabby coat markings. The cats have particularly long fur on the shoulders and chest. Physically, the Persians are stocky and plump, they have stocky bodies and short, strong legs. The breed’s large eyes are set wide apart and are usually orange to copper in color. However, blue and green eyes can also occur.

If you want to get a Persian cat, you should first be aware of the enormous amount of grooming required. If you are willing to brush your cat every day, you will find a great partner for life. However, it is not that easy to find a reputable breeder when you decide to have a kitten. There are many breeders in the Persian cat breed who offer sick or severely overbred specimens for sale. It is best to choose a breeder who breeds their cats with a relatively long nose so that the animals do not have any breathing problems later. Ideally, he is affiliated with a breeding association. You can expect prices between 500 and 1000€ for a well-bred Persian kitten. Unfortunately, some Persian cats can also be found in shelters, as they have often been owned by older people who can no longer properly care for them. The cats usually have excellent characters and are looking forward to a new home.

Since the Persian cat does not have a particularly strong urge for freedom, it also feels comfortable in an apartment only. It is enough for her to watch the goings-on in the garden from the window sill. Nevertheless, you also need enough space and employment opportunities for the indoor cat. It is also advantageous for the care of the long fur if the cat is not allowed to go outside. A free-roaming Persian often gets caught in the undergrowth and sometimes brings whole branches home. Nevertheless, even a calm pedigree cat like this one is happy when it gets the opportunity to explore nature on its own.

How much activity does the Persian cat need?

Since the Persian cat is a rather easy-going breed, it doesn’t require a lot of exercises. Nevertheless, she is happy about occasional playing with her owner and is curious and playful, especially when she is young. A large scratching post for playing and sleeping offers further employment opportunities and also helps the cat with claw care. If you are often absent, we recommend getting a second cat so that the velvet paw does not feel lonely.

Even if you look at a Persian cat from the outside, it becomes clear that grooming is particularly time-consuming. The long coat is prone to knots and tangles, so you should comb it regularly. Ideally, you should find time for grooming once a day and get the cat used to it early on. In an emergency, the cat’s long fur must even be shaved to avoid damage caused by matting. You should also clean your often watery eyes as needed.