The elegant appearance, the curly hairstyle, and the friendly nature make the poodle a popular dog not only with fine ladies. He is not just a dog for “fashion dolls”, but an intelligent, loyal and courageous family dog. Here you can get all the important information about the breed.

Contents hide
1 History of the Poodle
2 Appearance and Care of the Poodle
3 Traits and Character Traits
4 How to Keep a Poodle
4.1 Considerations before purchasing
4.2 Puppy development and training

History of the Poodle

The poodle is a very old breed of dog whose origins are still not fully understood. The first curly dogs probably existed more than 2000 years ago in ancient Rome and Persia. Today, poodles are especially popular as family dogs. In the Middle Ages, however, they had a very special task. From the 14th century, curled dogs were primarily used to hunt waterfowl. The name is therefore derived from the old German word “puddle”, which means something like “splashing in the water”. 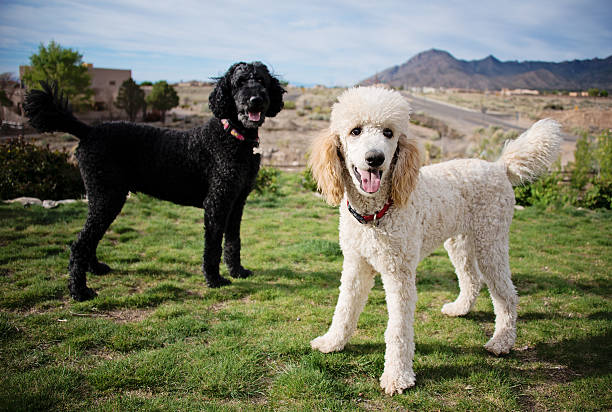 Due to their extravagant appearance and good obedience, the dogs continued to be bred from the 19th century, primarily by circuses. So he gradually lost his skills as a hunting dog, only the joy of retrieving remained. At the same time, the poodle was also gaining popularity as a fashion and lapdog among the nobility. In the 1960s, it even overtook the German Shepherd as the most popular breed among Germans. He was assigned to FCI group 9, the company, and companion dogs. Four different variants are bred today: the toy poodle (25 to 29 cm), the miniature poodle (28 to 34 cm), the miniature poodle (35 to 44 cm), and the large/king poodle (45 to 62 cm).

Appearance and Care of the Poodle

The breed’s woolly coat is soft and finely curled and constantly grows back without shedding. Because of this, the poodle needs to be clipped regularly. Daily combing prevents the soft fur from becoming matted too quickly and becoming uncomfortable for the dog. To prevent your dog’s fur from growing constantly, you should also go to the dog groomer regularly. Here you have the choice between the classic clip, the English clip, or the modern clip.

Officially, the dog breed is bred in the five colors black, brown, white, gray, and apricot. Two-tone animals are also widespread, such as the black-and-white harlequin or the black-and-brown black-tan.

The Poodle is a lively and playful breed that adapts well to all situations. He is also extremely intelligent and takes great pleasure in being trained, making him a good beginner dog. The loyal dog prefers to be near its two-legged friends and needs a direct family connection. The sensitive animal is very attentive and recognizes immediately when its owner is not feeling well. He loves to cuddle and likes to ensure peace and inner balance with his master or mistress. Depending on its size, the frugal dog can also be kept in small apartments without any problems.

How to Keep a Poodle

With a life expectancy of 12 to 17 years, the poodle is one of the long-lived dogs. So if you want to get a puppy, you should be sure that you want to bind yourself to the four-legged friend for as long as possible. You don’t have to be an extreme athlete to meet the needs of the fluffy dog.

Nevertheless, you should enjoy going for walks and letting your four-legged friend come into contact with other dogs. In general, the poodle does not like to be left alone due to its strong bond with its family. With the four-legged friend, there is only a vacation with a dog or no vacation at all.

Once you have made your decision, you need to find a reputable breeder. For a purebred and healthy poodle, you can calculate up to 1500€ with the breeder. If you can’t or don’t want to spend that much money, I advise against buying a puppy from a shady breeder. The dogs are often sick and kept in cruel conditions. The better alternative is to get a poodle from a shelter and give it a new, comfortable home. 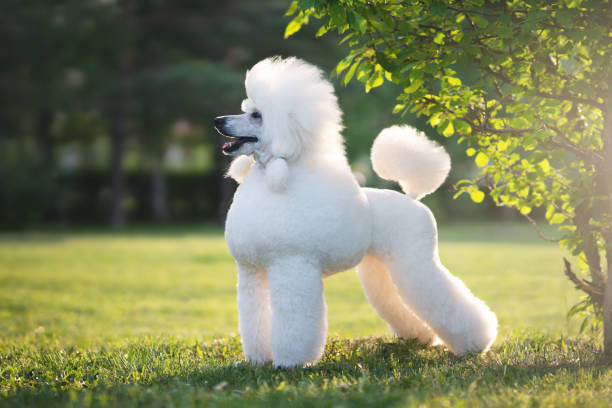 Due to the high intelligence of this breed, the puppy understands from a young age what you ask of him. That’s why it’s best to start training them on the first day. As with all other breeds, consistent but loving training is the key to success. Reinforcement training, such as clicker training, is also useful for the inquisitive breed. The dog is quickly enthusiastic about little tricks and tricks. Although the dog generally gets along well with other pets, good socialization is a must. Attending a dog school or a walkers’ club where he can get in touch with other dogs is a good addition to training.
activities and employment

Due to its affectionate and inquisitive nature, the poodle is very happy about walks and activities with his family. Even the little toy poodle needs a lot of exercises and mental exercise. Because of their history as hunting dogs, they still enjoy retrieving. Fetching sticks, playing ball, and dummy training are great activities for the agile breed. Thanks to its high level of comprehension and agility, the breed is suitable for any type of dog sport. The curly dogs are particularly happy with trick dogging or obedience. As former water dogs, many members of the breed have a great affinity for water and will happily visit a lake or river to splash around in the summer.