Children and dogs can be best friends for life. The prerequisite for this is that the dog knows its limits and the child also adheres to the rules. 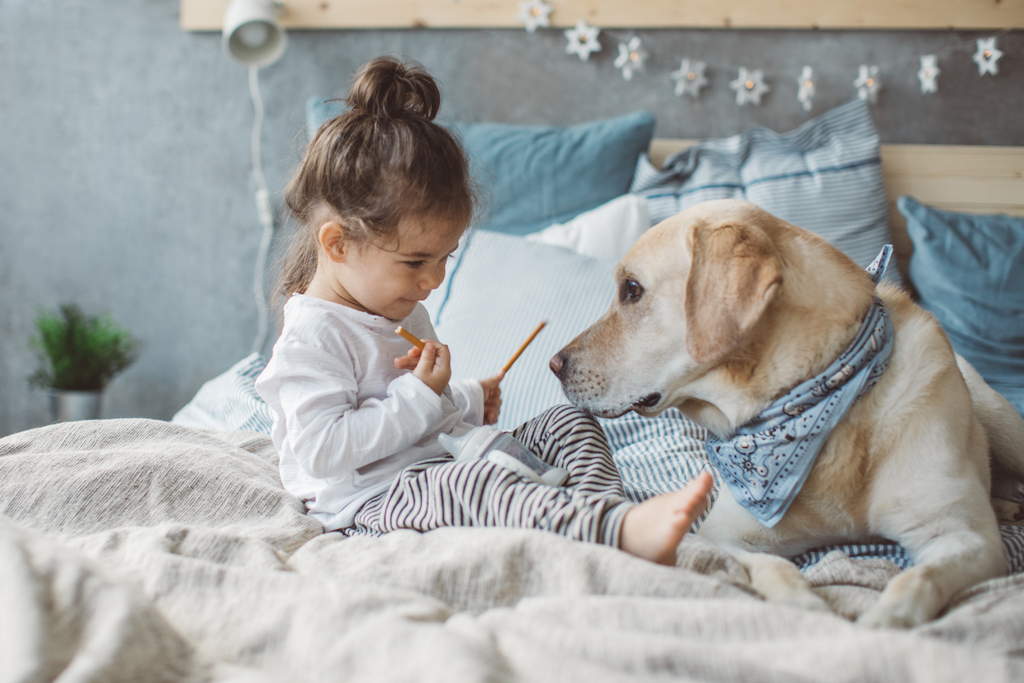 For children, a dog is more than just an animal buddy: owning a pet promotes tolerance, a sense of responsibility, and the understanding of other living beings as well as inner balance, a sense of duty, independence, and joie de vivre. The prerequisite for this is that the dog and child respect each other and tolerate each other’s boundaries. It is the task of the adults to convey this and to prevent possible dangerous situations from arising in the first place.

The most important rule for parents with small children is: never leave offspring and dog alone! This also applies if you are sure that the dog recognized and accepted the child as a small person. If the claw gets caught in the eye when giving a paw or the child hits its head because the dog ran over it out of sheer enthusiasm, that won’t really comfort you.

It is also a mistake to think that children automatically enjoy some form of “puppy protection”. Many dogs will actually put up with a lot of children, but eventually, even the most good-natured animal will have enough. Pulling, kicking, or poking the dog by its tail or ears has nothing to do with “playing” but is animal cruelty! Unfortunately, children under the age of 7 do not yet have a correspondingly pronounced sense of wrongdoing, which is why explanations and requests usually do not bear fruit for long. Always keep an eye on the two and protect not only the child but also the dog from unwanted attacks!

Clarify the hierarchy in the family 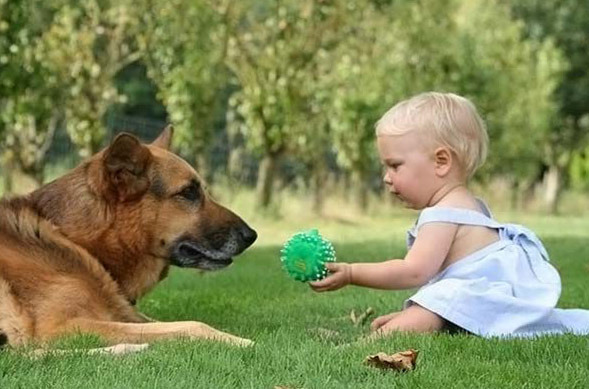 A popular trip is to make the dog understand that he is below the child in the hierarchy. Basically a great idea, but unfortunately rarely implemented well. Many parents only notice when they come home with the baby that their dog used to lie on the couch and slept in the bedroom and they no longer want it. Bans follow, the dog promptly links them to the arrival of the baby, which could result in jealousy. So please think about possible changes in everyday dog ​​life beforehand and implement the rules before the child is here! You clarify the order of precedence differently: first, push the pram through the door before the dog is allowed through. Feed the child first, then the dog. Ask visitors to greet the child first and then pet the dog. In this way, the dog learns quickly and stress-free where its place is in this family.