Visually, the Husky is a real eye-catcher. But here you can find out what this active and highly social dog breed needs to be happy.

Siberian huskies are among the most popular pedigree dogs among dog lovers. Here you will find the most important information about the Siberian Husky.

The husky is not only a well-known but also a very popular breed of dog. Read here what makes him so lovable and how a husky is kept and raised in a species-appropriate manner.

Reasons to choose a husky

Origin of the Siberian Husky

The Siberian Husky is native to northern Siberia. For centuries, huskies accompanied the nomadic peoples living there. In 1909, a Siberian fur trader took part in a sled dog race with his huskies. At first, he was laughed at because of his small dogs (compared to other sled dogs), but he took third place in this extremely demanding race. Targeted husky breeding soon began in Alaska.

The Siberian Husky is without question the best known of the four recognized sled dog breeds today, which also include the Alaskan Malamute, Samoyed, and Greenland Dog. And pulling a sled is still what runs in a Siberian Husky’s blood. His endurance is just as impressive as his relatively low energy consumption with high physical performance.

The appearance of the Siberian Husky

The perky, erect ears of the Siberian Husky are distinctive – as is the bushy tail, reminiscent of a fox fuse. Male dogs should have a masculine appearance without appearing coarse. Bitches score with a feminine, but by no means too filigree appearance.

If you look into a Siberian Husky’s pretty face, you can lose yourself in the depth of those polar sea blue eyes. Huskies also enchant with beautiful dark brown, two-colored, or even multi-colored eyes.

Coat and colors of the Siberian Husky

The Siberian Husky has a medium-length, double coat. The coat is straight, never harsh, and padded with a soft undercoat. This means that the Siberian Husky is perfectly adapted to the icy climate of its homeland.

Two to three hair changes per year are possible and they are relatively spectacular. It is best to brush the hair regularly during this time and blow out the loose fur with a dog hairdryer. Huskies come in all colors from black to pure white with an amazing variety of markings, some of which are unique.

Temperament and training of the Siberian Husky

Living together with several conspecifics suits the pack-connected husky. If there is no four-legged pack, the two-legged one has to serve. A close integration into the family is essential for a harmonious coexistence with the Siberian Husky, which shows a pronounced social behavior.

If the Husky is given the attention it needs, it makes an excellent family pet. However, it is dangerous to leave a husky (or any other dog) alone with children. It is important that an adult is present at all times to avoid conflict.

Breed-typical huskies are not very suspicious of strangers and are never aggressive. A dignified reserve, on the other hand, is definitely characteristic of adult representatives of the breed. Additionally, Siberian huskies are considered to be:

Siberian Huskies also usually have a hunting motivation. Their strong characteristics make walking without a leash an incalculable risk. In addition, the clever working dogs prove to be true escape kings. The garden fence should be able to withstand daredevil climbing attempts as well as deeply digging dog paws.

The education of the husky requires a lot of patience and consistency, whereby an excess of consistency meets with outright stubbornness. It is typical for this breed to check human signals for their meaningfulness. If they don’t make sense from a dog’s point of view, the husky makes his own decisions. Without structure and sufficient workload, there is a risk of behavioral problems such as destructiveness.

Keeping and caring for the Siberian Husky 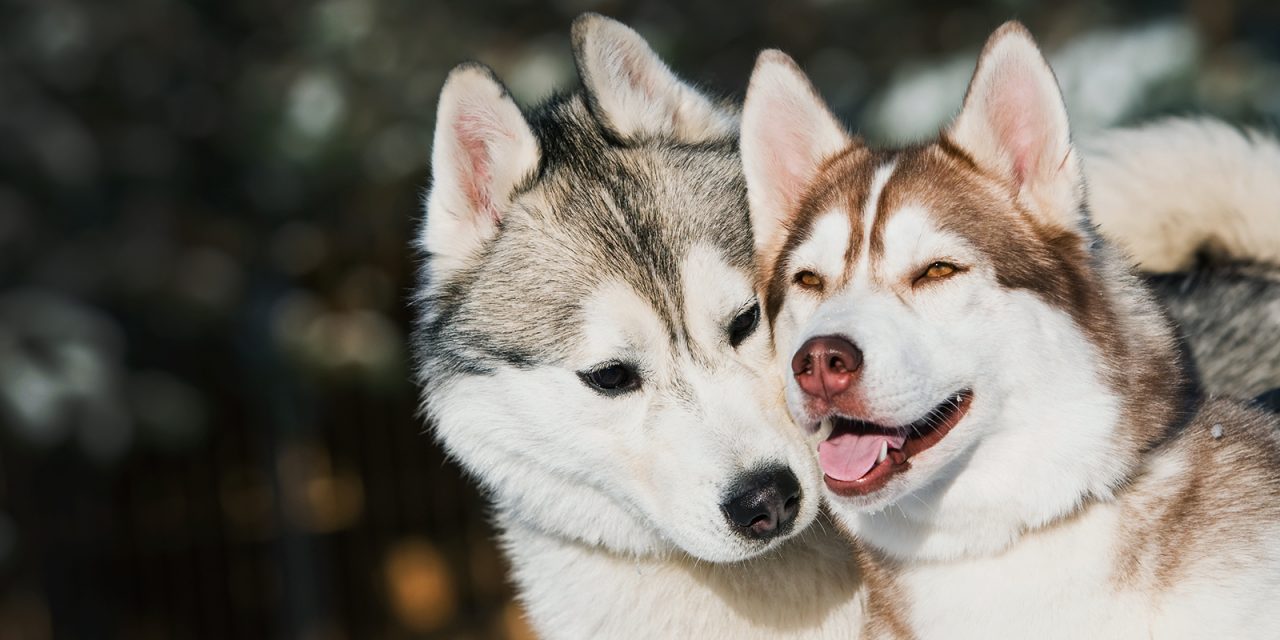 Huskies are high-performance athletes – at least they have all the prerequisites for it. Of course, optimized nutrition is just as decisive for success as a clever training plan that respects breed-specific characteristics. Summer temperatures are just as unfavorable for training as high humidity.

That doesn’t mean that every husky owner has to be a sled dog lover and live in Nordic countries. Siberian huskies are quite adaptable. But there are two requirements that do not tolerate compromise: The husky’s body and head need daily exercise so that the dog feels comfortable. And he needs company.

There are many options for optimal utilization of the Siberian Husky:

Don’t choose a husky because of his looks, but because of his character and abilities. A Siberian Husky is only suitable for you if you devote a lot of time to him, do sports with him, and can pay for the maintenance financially.

If you want to buy a husky, you should definitely make sure that you contact a reputable breeder. He is a member of a breeding club and can provide you with further important information about huskies. You can recognize a good breeder by the fact that he lets you look at the parents personally, enlightens you, and finds out whether a husky really fits into your living conditions.