The greater landscape of Siberia is characterized by extremes, and this is particularly true of the climate. An extremely hot summer can be followed by an equally cold winter. Siberia is home to the ancestors of the Siberian Husky.

Extremely demanding environmental and living conditions shaped the companion of the nomadic peoples living in Siberia. In its current form it was completed in the USA but actually comes from the East Siberian region between the Lena, the Bering Sea, and the Sea of ​​Okhotsk. When the husky is mentioned, the Siberian husky is usually mentioned.

Only this noble breed has been included in the FCI standards, while for example the significantly larger Alaskan Husky is not recognized by the governing body. The playful husky certainly owes its popularity to its appearance. Distinctive color contrasts give it an unmistakable appearance. Black, reddish-brown, and white are the predominant coat colors – with many intermediate shades. His striking face is embellished by equally striking eyes. Ice blue, brown, and marbled eyes with an unusually slanted shape. 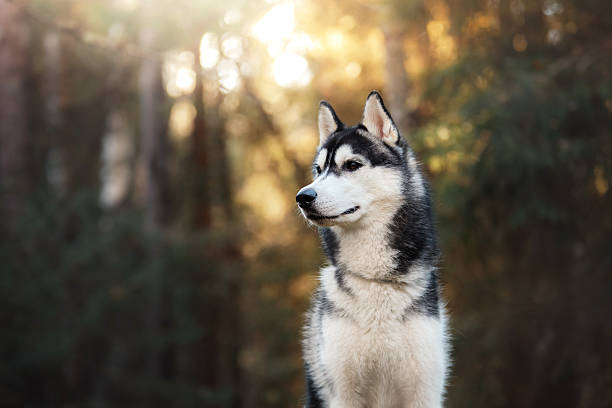 The dog’s thick ears are medium-sized and triangular, the paws are quite compact, and the tail is bushy and can be set in a crescent arch. The husky male grows to a size between 53 and 60 centimeters, the bitch is between a good 50 and 56 centimeters tall. The male weighs between 20 and 28 kilograms. The bitch stays five kilograms under it.

The Siberian Husky has a very thick coat – in many ways. On the outside, it is protected by a dense, soft, and so-called double coat of fur. On the one hand, it consists of an insulating undercoat, which keeps the dog’s body heat, and on the other handguard hairs, which keep moisture away from the undercoat as weather protection.

Grooming is thankfully easy. Every now and then brushing is enough, fine combs should be avoided to protect the undercoat. A coat change is indicated twice a year and cannot be overlooked in the house.

The Siberian husky was originally bred by the “Chukchi tribe”, a nomadic Eskimo people in eastern Siberia, as a sled and guard dog, but also to herd the reindeer herds.

These dogs were excellent working dogs in the difficult climatic conditions of Siberia, in addition, they were very courageous, easily integrated into a pack, and always ready to work for hours without a break. A group of the so-called primitive Paleo-Asiatic tribes had already lived in Siberia for about half a million years. At that time the climate there was much warmer and friendlier.

These groups continued their life similar to that of the Stone Age and developed their own types of dogs, which were adapted to the respective hunting requirements, the soil conditions, the temperature, and the snow conditions.

As the local climate grew colder around 3,000 years ago, the Chukchi tribes adapted by basing their culture on sled dogs, which could travel great distances. Also referred to as “dog-breeding Chukchis,” the tribe lived in mainland settlements but were forced to travel long distances to hunt marine mammals. A small sled dog that needed little food was ideal for this. These dogs braved the frigid climate of Siberia and were so enduring that they could pull light sled loads of game killed at a moderate speed over enormous distances.

Nature of the Siberian Husky

The Siberian Husky has a very lovable personality. He is peaceful but also alerts. However, he is not an ideal house and family dog, as his passion for racing, unfortunately, goes hand in hand with a pronounced hunting instinct. 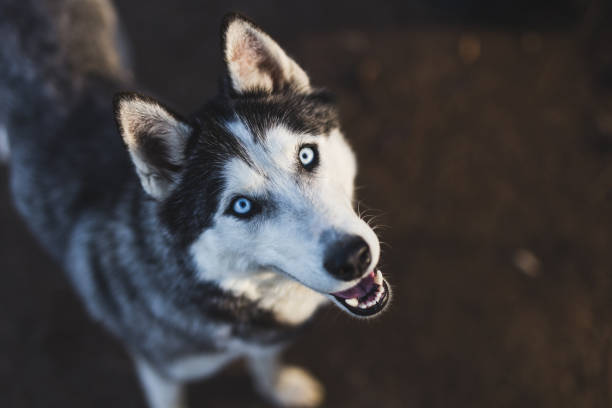 So excellently equipped, the all-weather dog is always looking for something to do. Here he shows his thick skin a second time. Devoid of a guarding instinct, the stubborn Husky is left with ample room for the things he prefers.

Although he learns very quickly, he does not always obey reliably, he is also very idiosyncratic and extremely independent. He is very affectionate to his family and very friendly to strangers. Due to the breeding selection for good nature, the Siberian Husky is very people-oriented and always ready to work.

He is not well suited as a guard dog as he is just too gentle and friendly. First and foremost he is a working dog and if he doesn’t get enough exercise, attention, training, and discipline he can become very hardened. He needs a lot of exercises, which is not always easy to do due to his eagerness to hunt.