Rabbits are very social animals that should only be kept in groups. Read here how to successfully bring two or more rabbits together!

Contents hide
1 Socializing Rabbits: Here’s How It’s Done
2 The first meeting of the rabbits
2.1 After successfully merging the rabbits
3 Special situations when socializing rabbits
4 What if the rabbits don’t respond to each other?

If you bring in a pair of rabbits that already know each other and are living peacefully together, the chances are very good that there will be no serious arguments in the future either. It is problematic with individual animals that have to be socialized with a foreign conspecific or an unknown group of rabbits. Not all characters and genders are a good match.

The most harmonious constellation consists of a female and a castrated male or a group of mixed-sex animals. But of course, there are also does who “make friends” and neutered bucks who are inseparable. Above all, it is crucial that two dominant rabbits are not put together. Lower-ranking rabbits usually get along very well with each other. 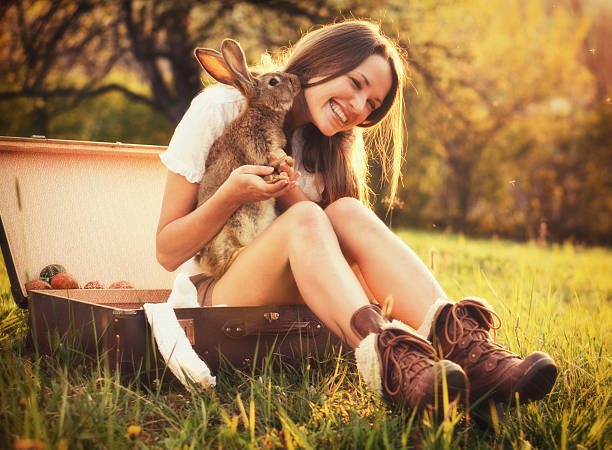 Crucial to the success of the reunion is that the animals meet on neutral ground. None of the rabbits may already have marked out the space as their territory. This can be, for example, the bathroom or the hallway or even better a friend’s apartment. Allow a few days for integration before the animals can move into their permanent homes. The unfamiliar room where the rabbits get to know each other should include:

Once all the preparations have been made, all the animals are put into the run at the same time.

The first meeting of the rabbits

Once your rabbits feel relatively safe in their new environment, they will approach and sniff each other. This may be followed by a hum or growl, the animals jump towards each other and may chase each other. It is also normal to mount or bump into one another from the front or rear and this serves to clarify the hierarchy.

It is not uncommon for a ball to form for a short time so that even tufts of fur fly. So that the animals can clarify their hierarchy, you should not intervene here. It is only advisable to intervene (wearing thick gloves) if you inflict serious (bloody) wounds on yourself or if one of the animals screams in fright. When the group has calmed down again, you can repeat the attempt.

After successfully merging the rabbits

A successful merger can sometimes take days and weeks. Do not give up too quickly and, if necessary, get support from an experienced rabbit keeper. If the socialization on neutral ground is successful, i.e. if the long-eared bats get along for a period of several hours (or even better, days), they can move into their common home.

When socializing rabbits, different special situations can arise depending on the character and harmony in the group.

What if the rabbits don’t respond to each other? 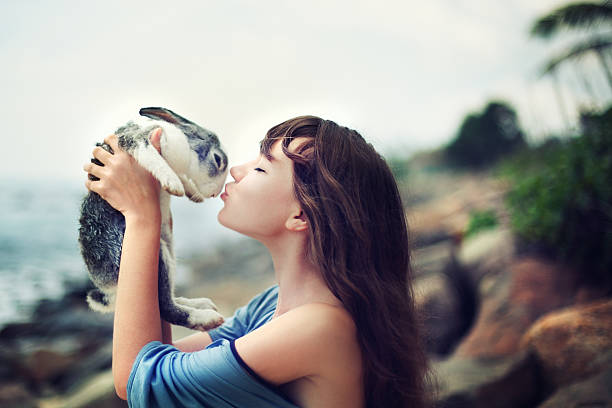 It happens that nothing happens in the socialization of rabbits. This is especially the case when a single rabbit is added to an already existing group. The rabbits pretend that there is no new animal in the group. But be careful here!

The ranking fights usually start later after several weeks and are then a lot more violent than normal. This is because the area in which the rabbits got to know each other is no longer neutral, but the group sees it as their territory. In such a case, socialization often fails and new partners have to be found.